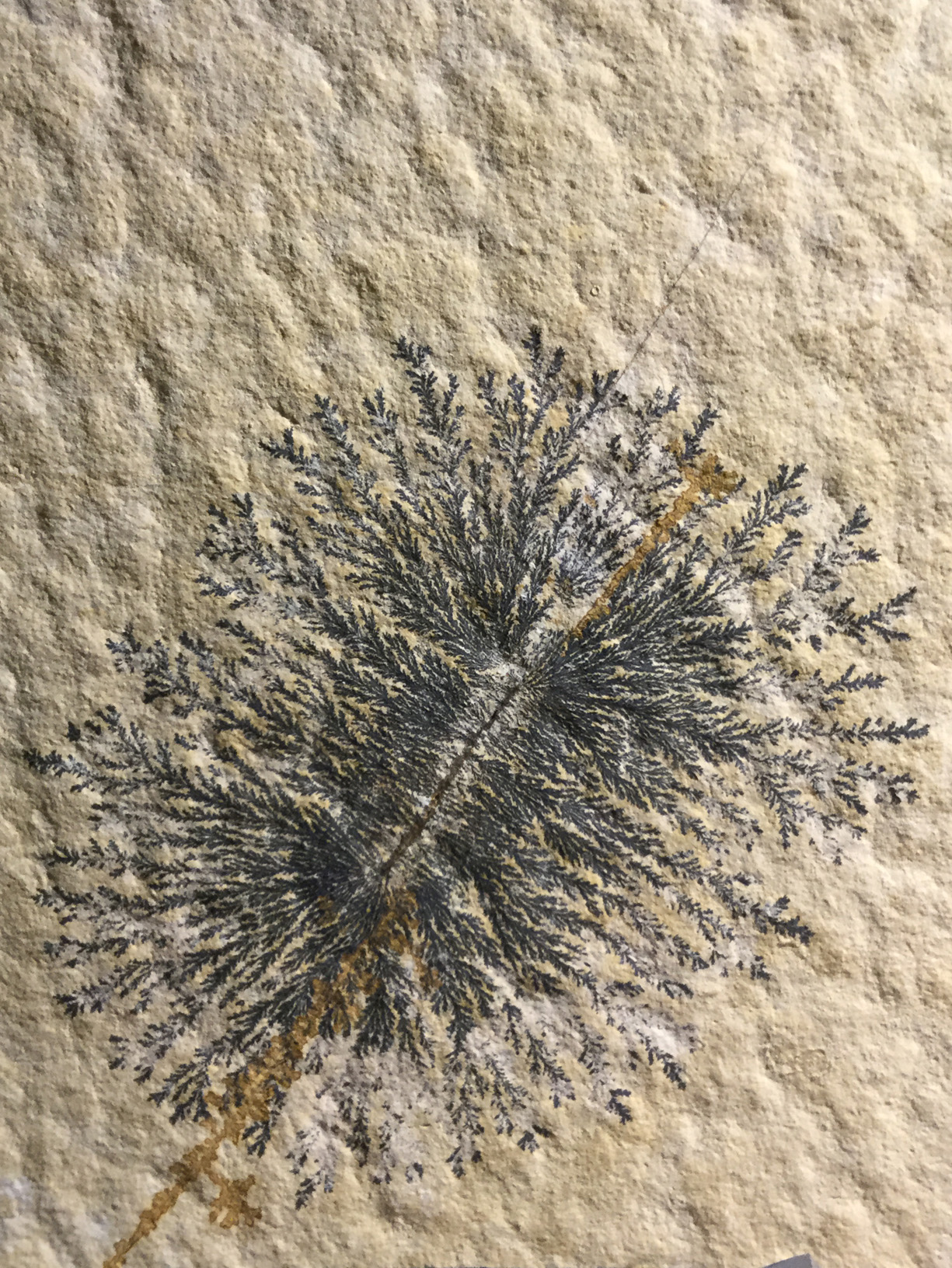 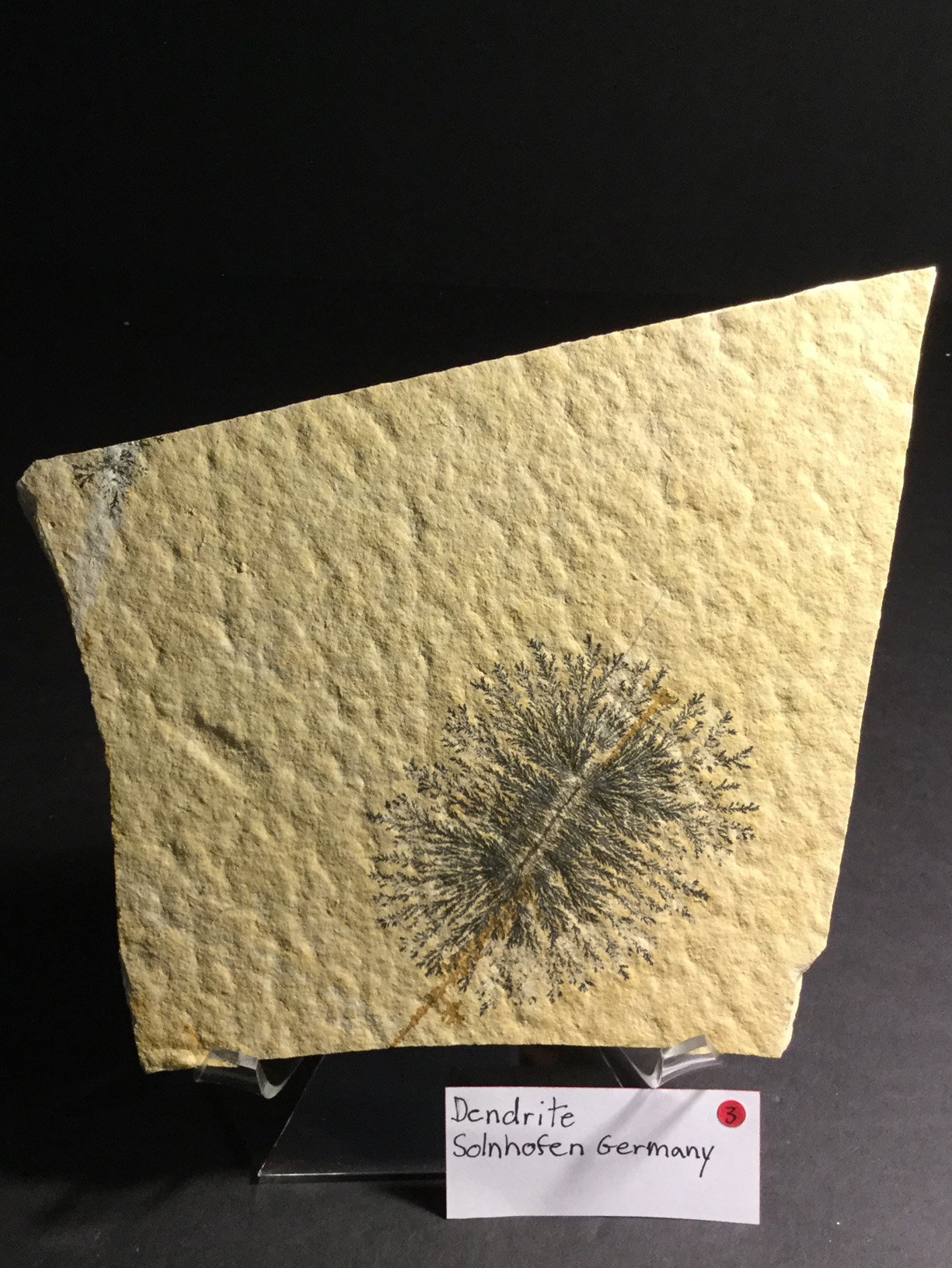 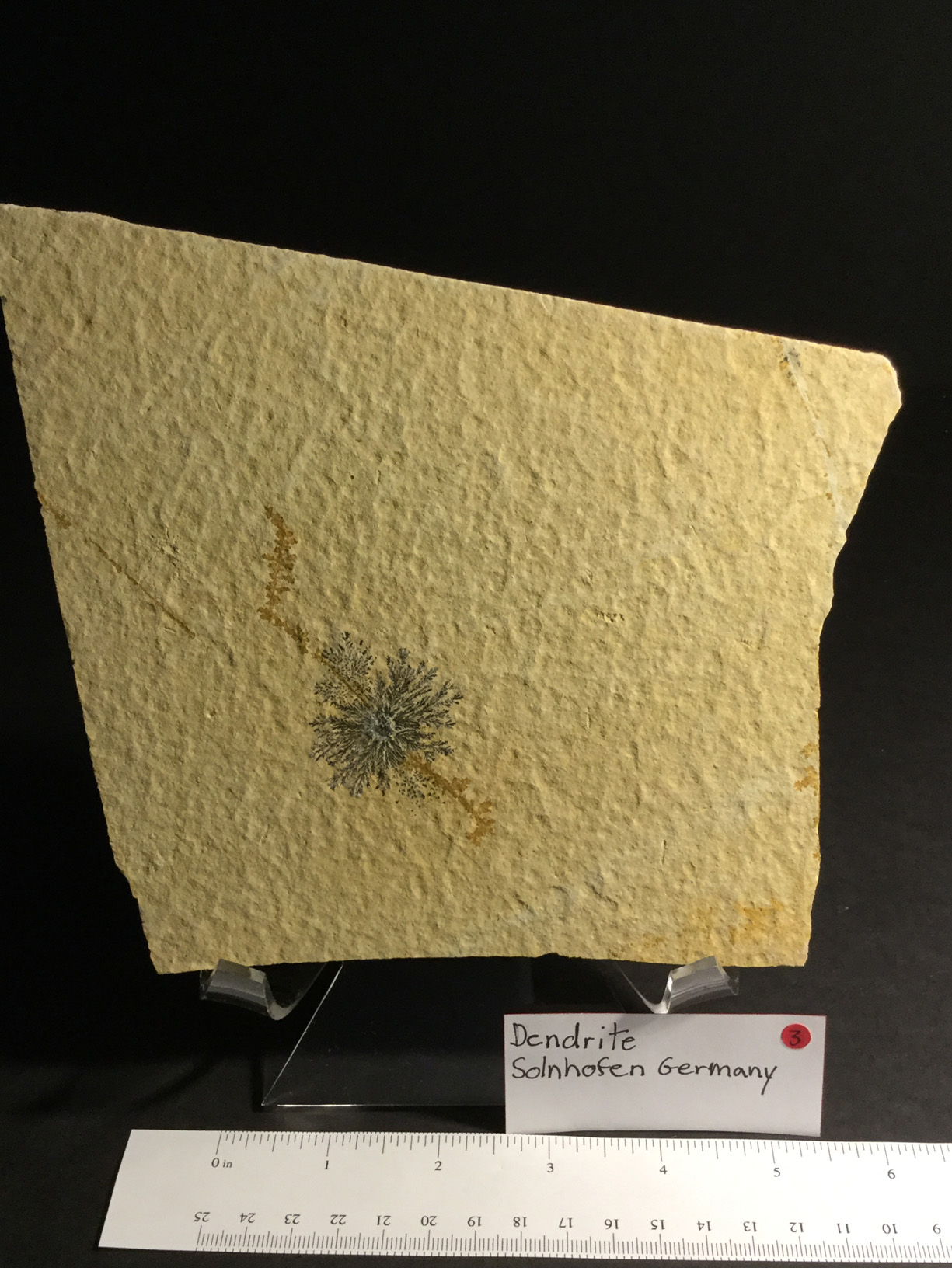 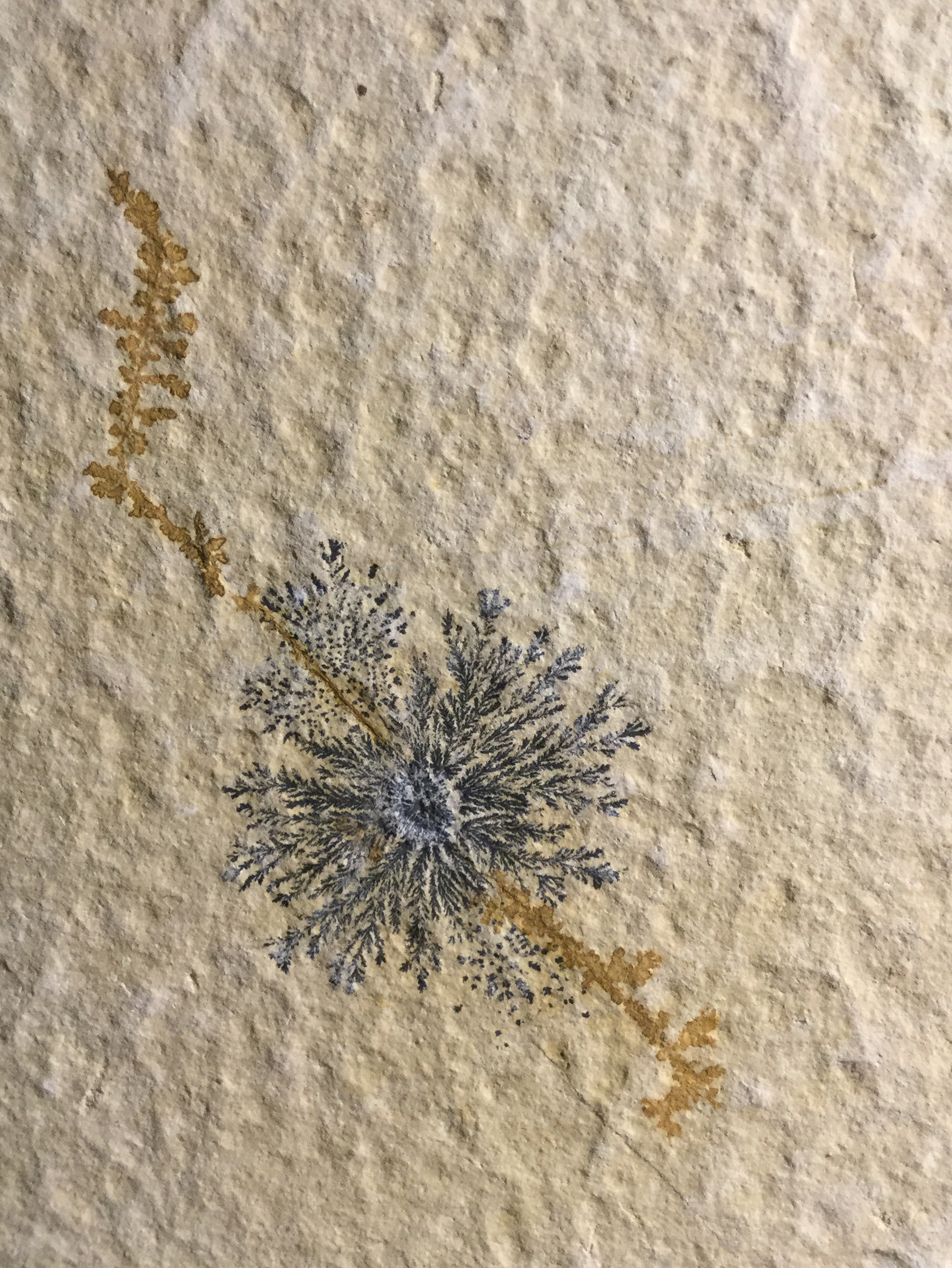 This slab has beautiful dendrite on both sides. The photos you see here are font and back.
Manganese dendrites are branching mineral features containing manganese oxides found on rock surfaces and in cracks in rocks. Dendrites are commonly, but incorrectly, believed to be the mineral pyrolusite (MnO2). In spite of the fact that many text books have stated that dendrites are pyrolusite, it has not been definitively demonstrated that a dendrite containing pyrolusite has ever been found. Instead, a variety of other manganese oxide minerals that are contained in dendrites have been found and include the minerals, hollandite, romanechite, and todorokite. Dendrites form when water rich in manganese and iron flows along fractures and bedding planes between layers of limestone and other rock types, depositing dendritic crystals as the solution flows through.
The Solnhofen Plattenkalk, or Solnhofen limestone, is a Jurassic Konservat-Lagerstatte that preserves a rare assemblage of fossilized organisms, including highly detailed imprints of soft bodied organisms such as sea jellies. The most familiar fossils of the Solnhofen Plattenkalk include the early feathered theropod dinosaur Archaeopteryx preserved in such detail that they are among the most famous and most beautiful fossils in the world. The Solnhofen beds lie in the German state of Bavaria (Bayern), halfway between Nuremberg and Munich and were originally quarried as a source of Lithographic limestone.

$125
Purchase
Solnhofen Dendrite has been added to your cart.
Continue Shopping Checkout Now
© fossilAvenue.com
HOME
ABOUT US
PRODUCT CATALOG
CONTACT US