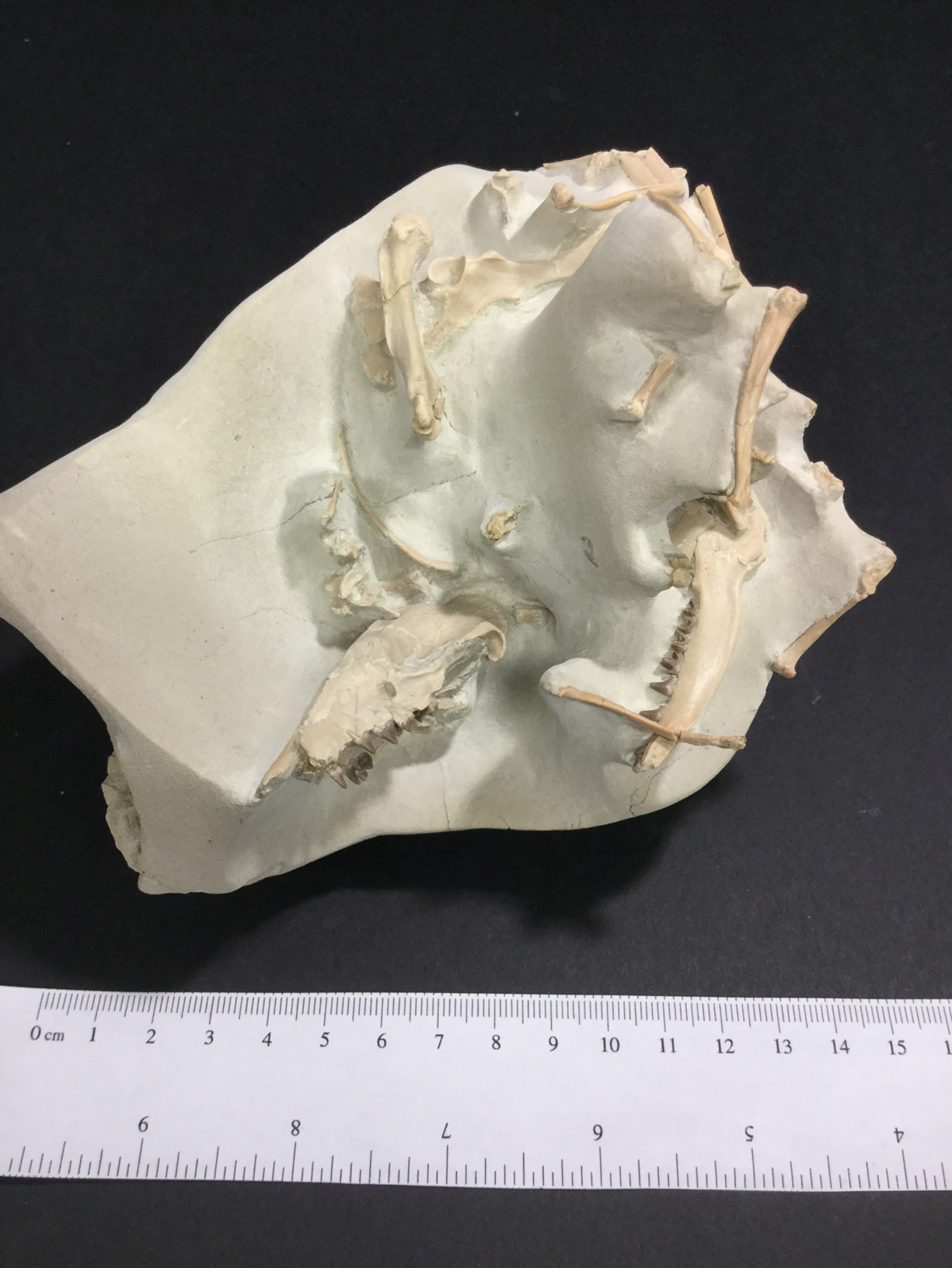 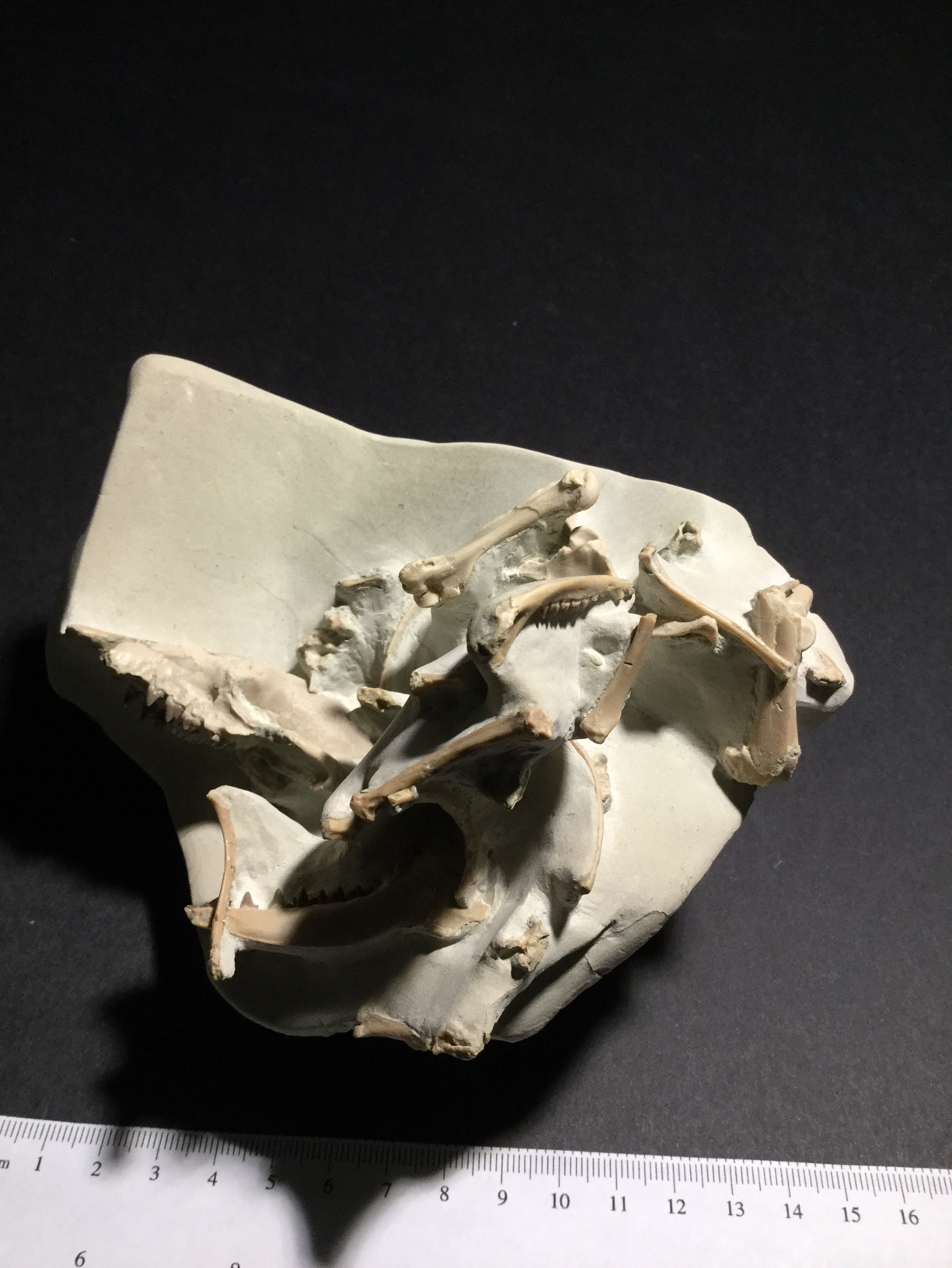 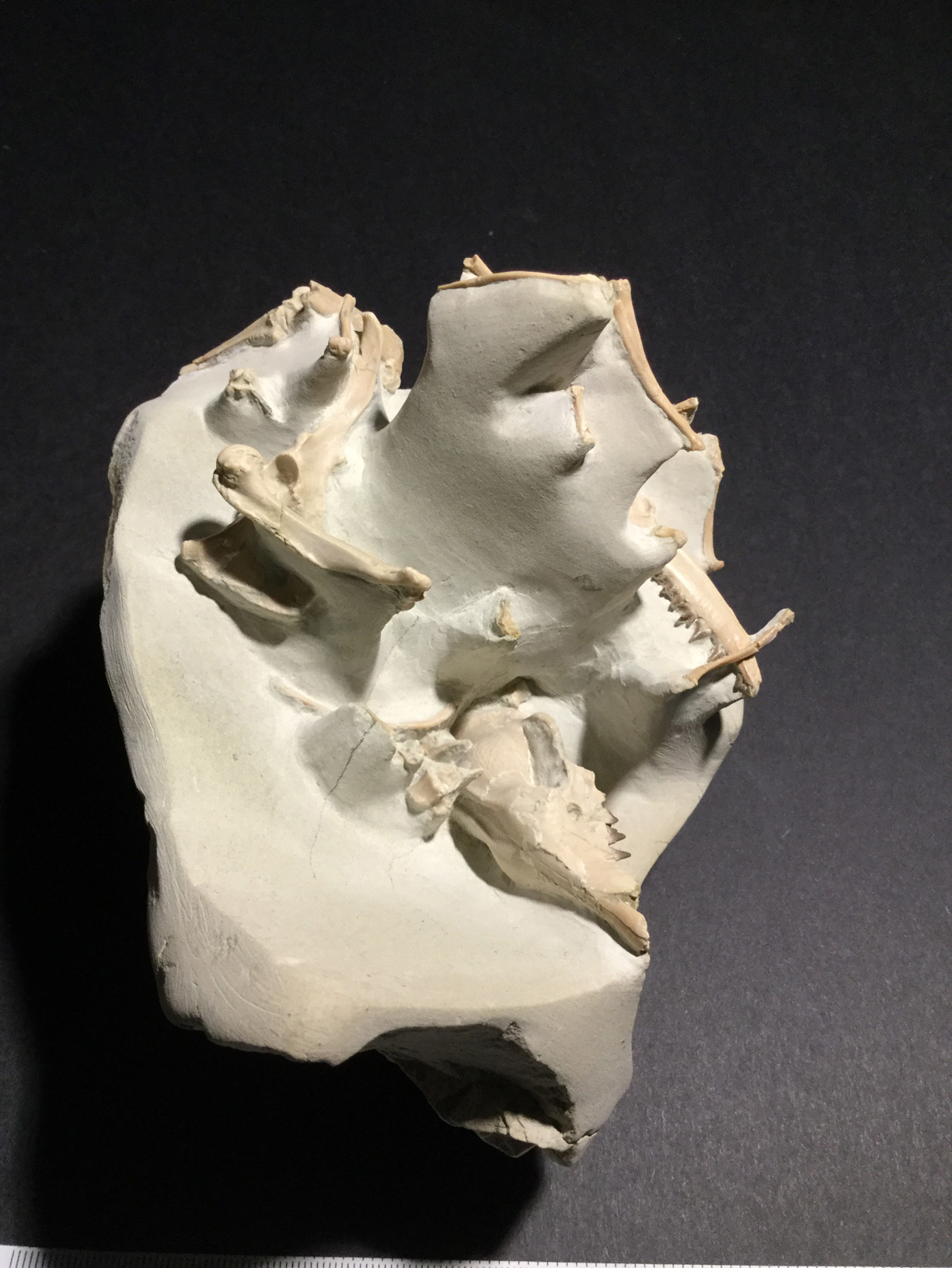 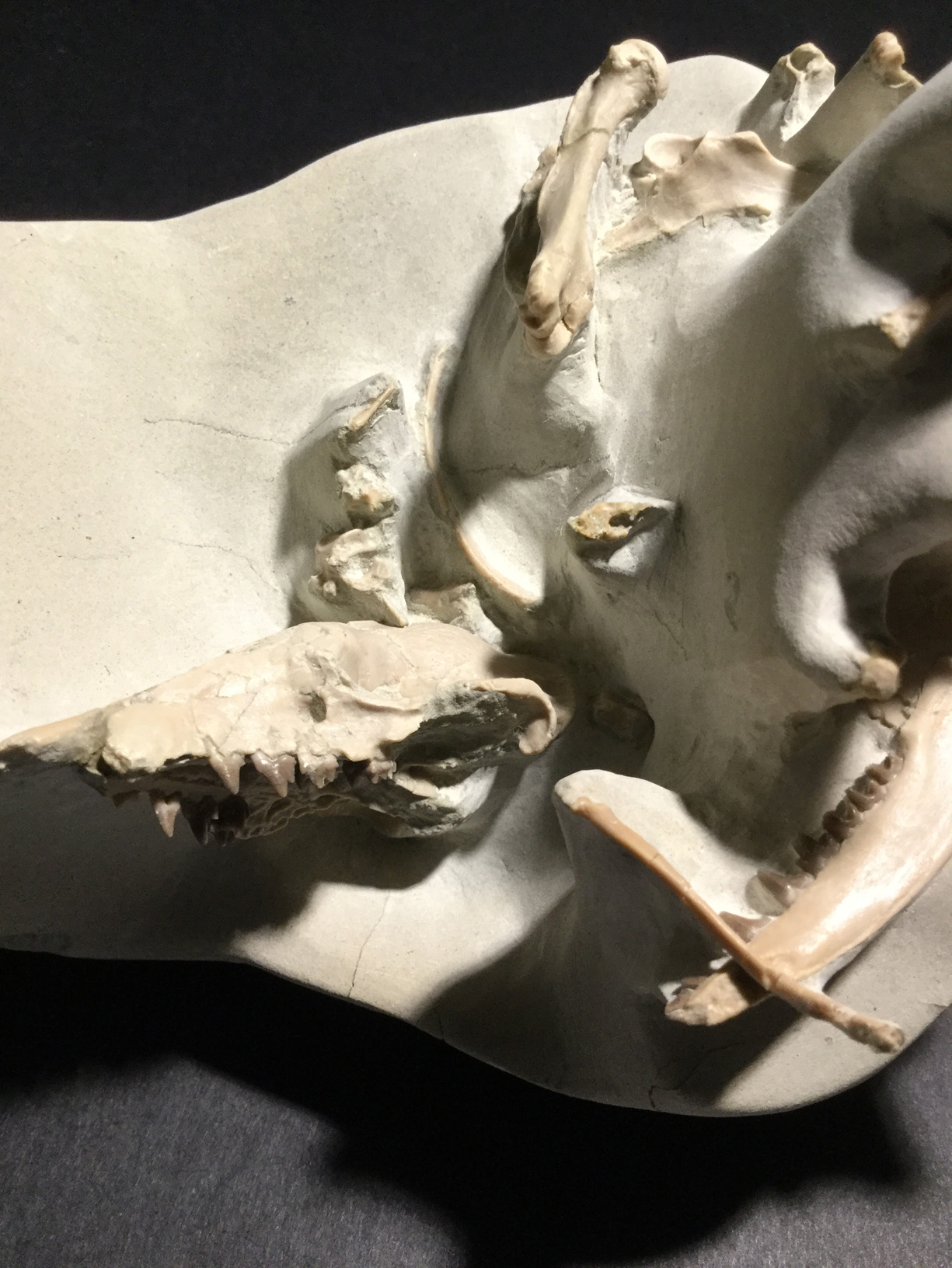 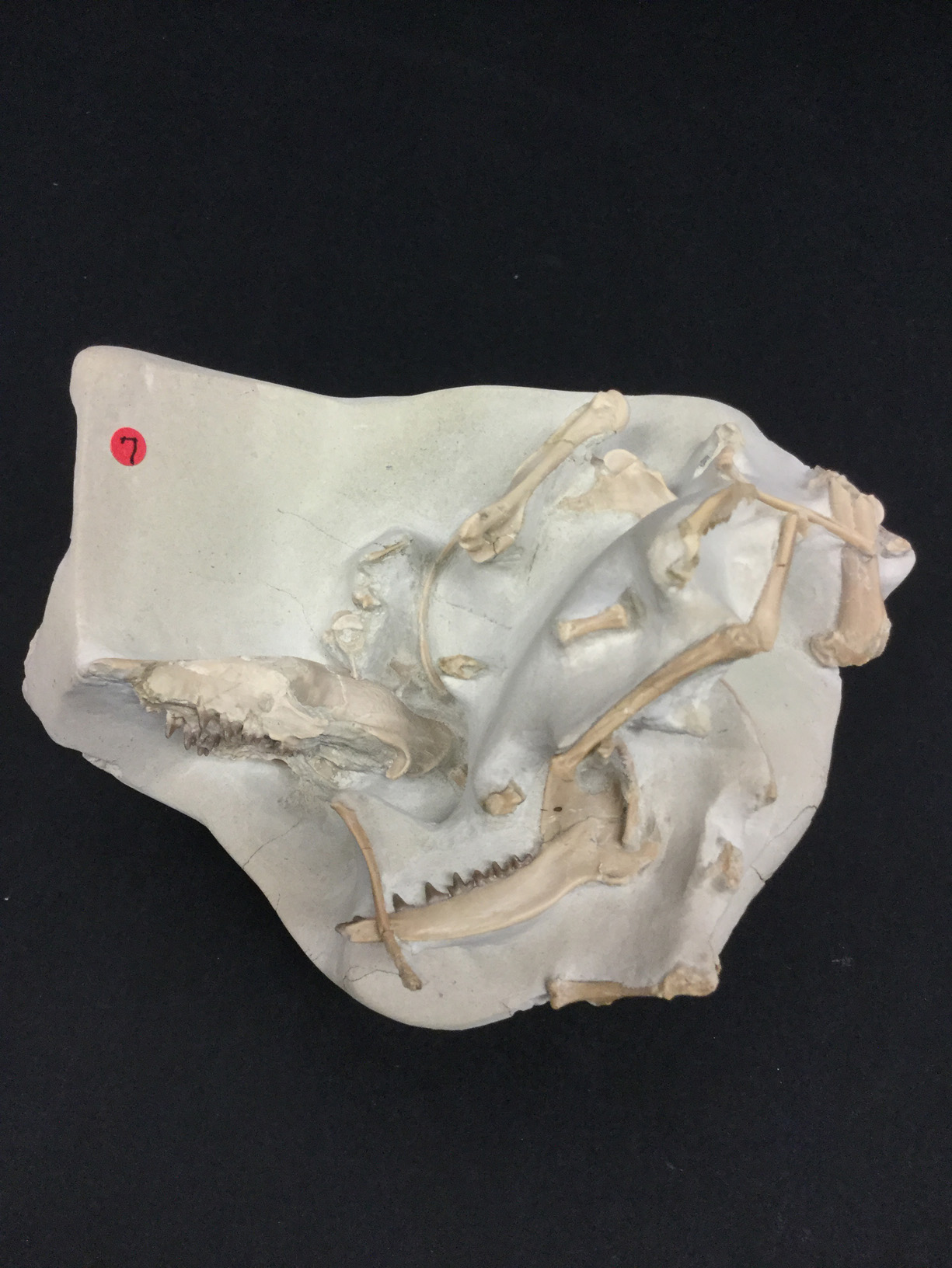 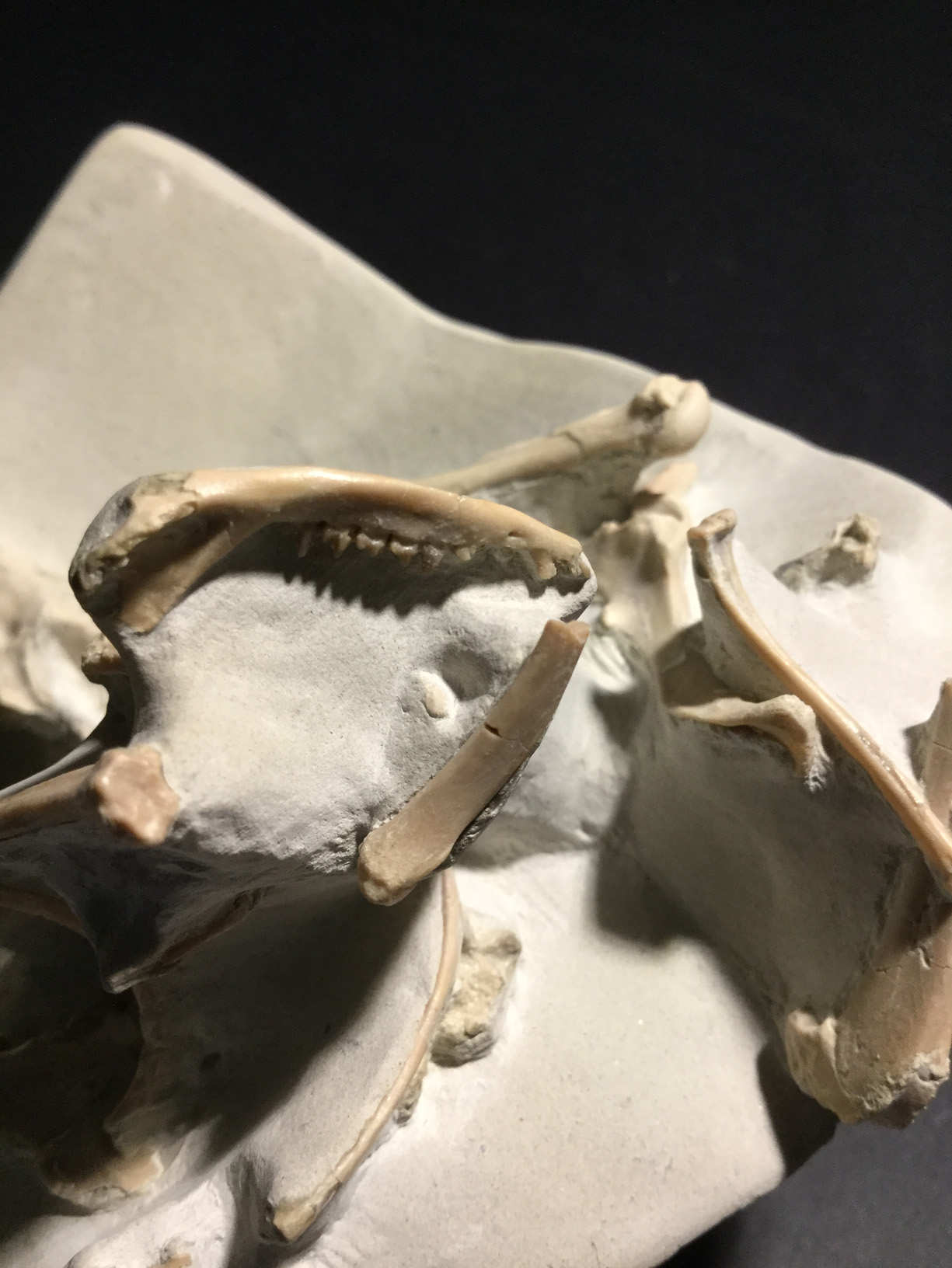 This is an excellent example of this fossil insectivore. It has a skull and at least one side of the lower jaw. The cranium is 6 cm. In the same matrix is an assortment of associated post-cranial skeletal bone including vertebrae, limb bones, pelvic bones, foot bones and ribs. There is also one side of a lower jaw from a smaller individual of the species. The specimen is expertly prepared and all of the bones are in the exact position in which they were fossilized. The mode of preservation is typical for this locality where fossil fauna is often found in caliche nodules that may have been burrows before petrification. This interpretation is supported by the presence in this specimen of more than one individual of Leptictis. There is no restoration.

Leptictis dakotensis likely was a quadrupedal cursor with possibly some bipedal hopping. It had relatively short forelimbs that were adapted for digging which is a common behavior for terrestrial insectivores. The skull is characterized by twinned sagittal crests. The upper molars are transverse with narrow stylar shelves and large hypocones. Leptictis is found in deposits from Uintan through early Arikareean age.

$1600
Purchase
Oligocene Insectivore Leptictis has been added to your cart.
Continue Shopping Checkout Now
© fossilAvenue.com
HOME
ABOUT US
PRODUCT CATALOG
CONTACT US