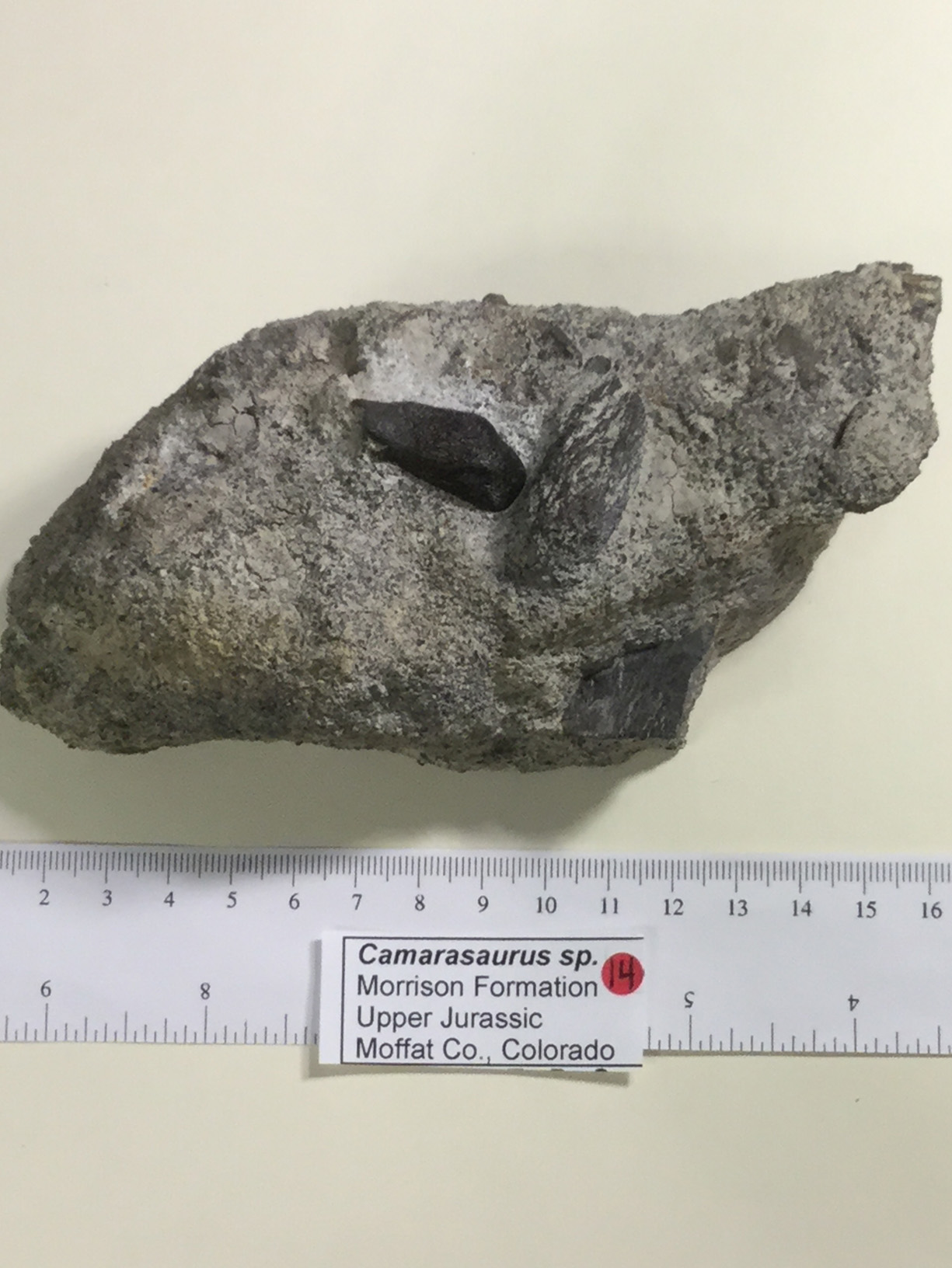 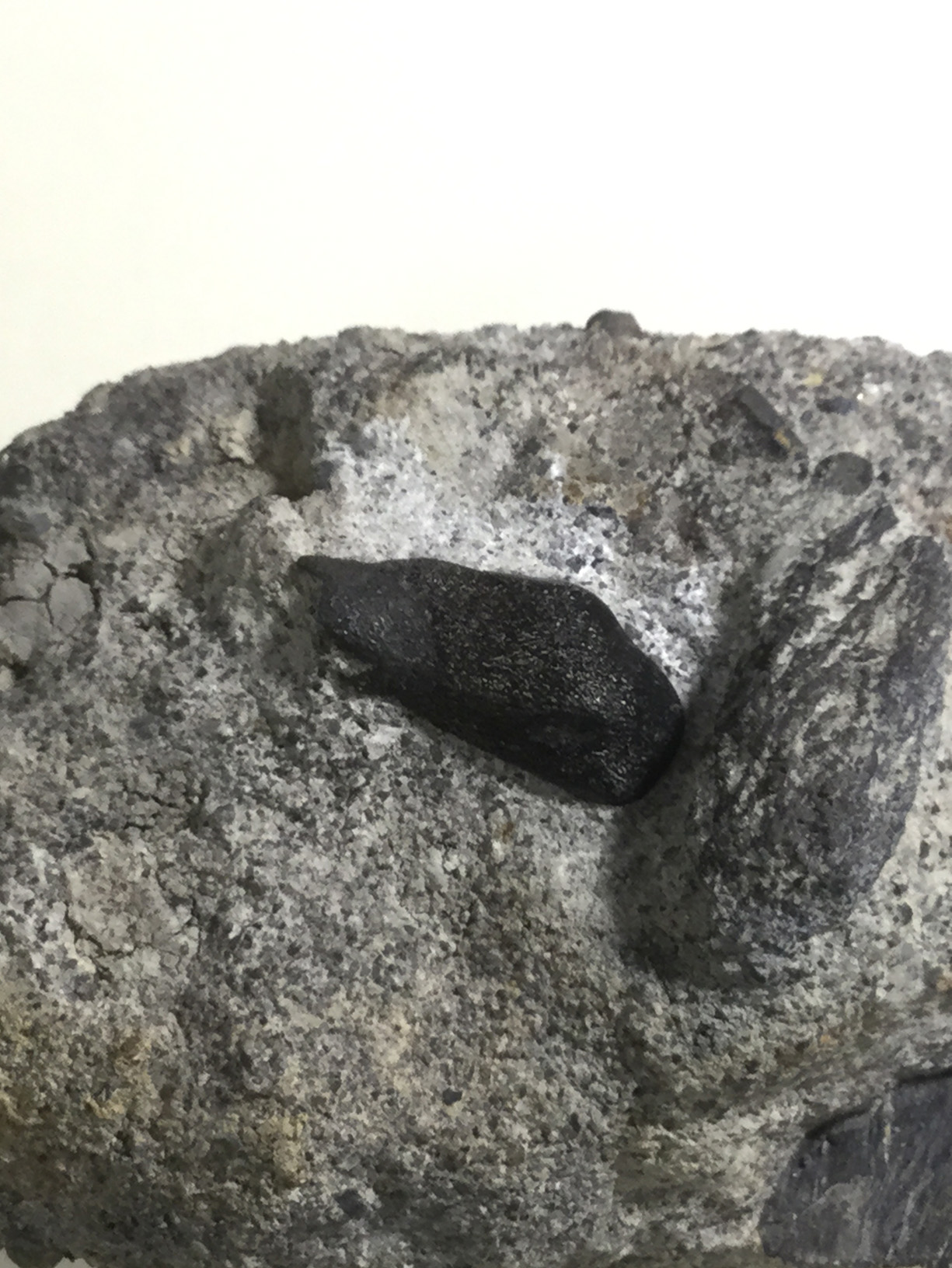 This specimen is a very small example of Camarasaurus at only 2.5 cm long. It is interpreted to represent a juvenile tooth. The tooth shows the transition from enamel to root. The specimen is prepared in its original matrix. There is no restoration.