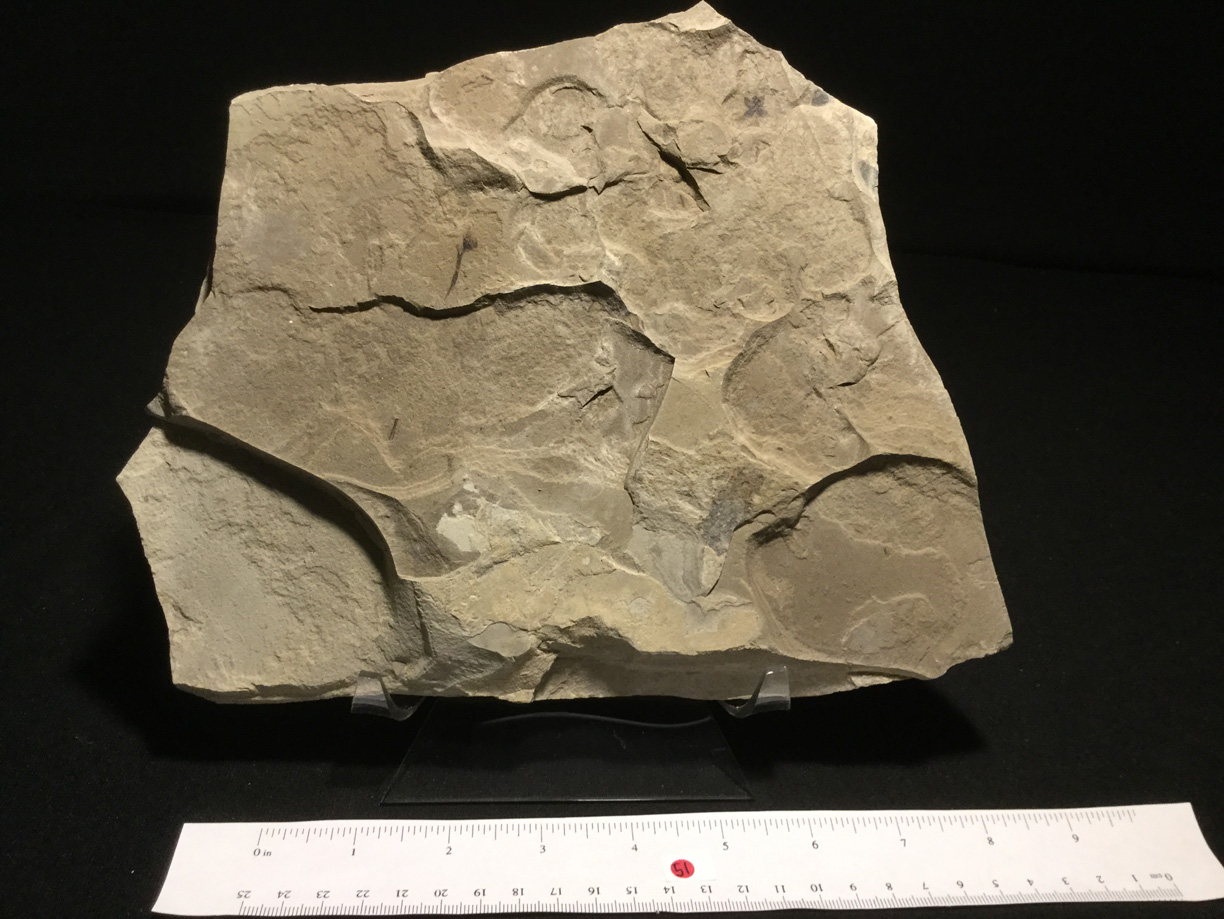 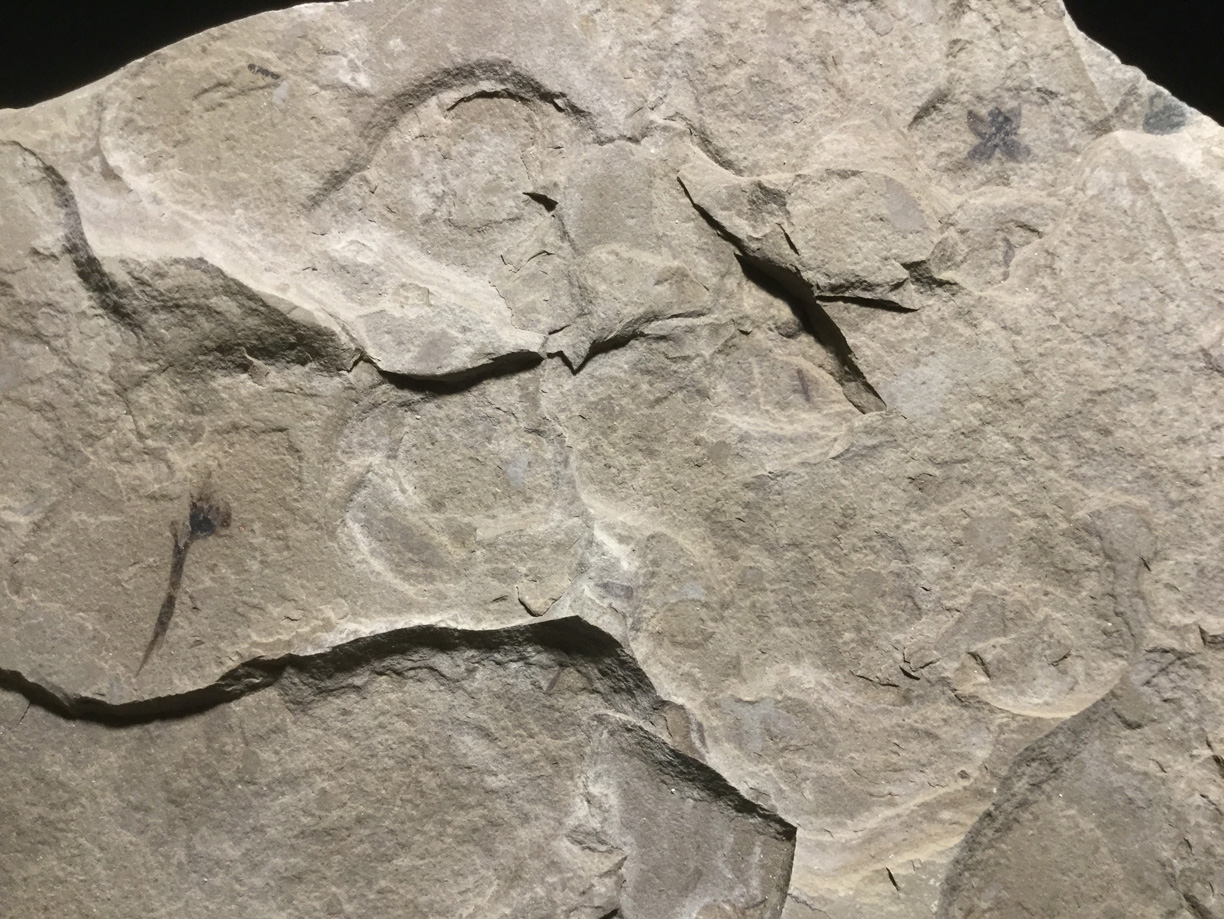 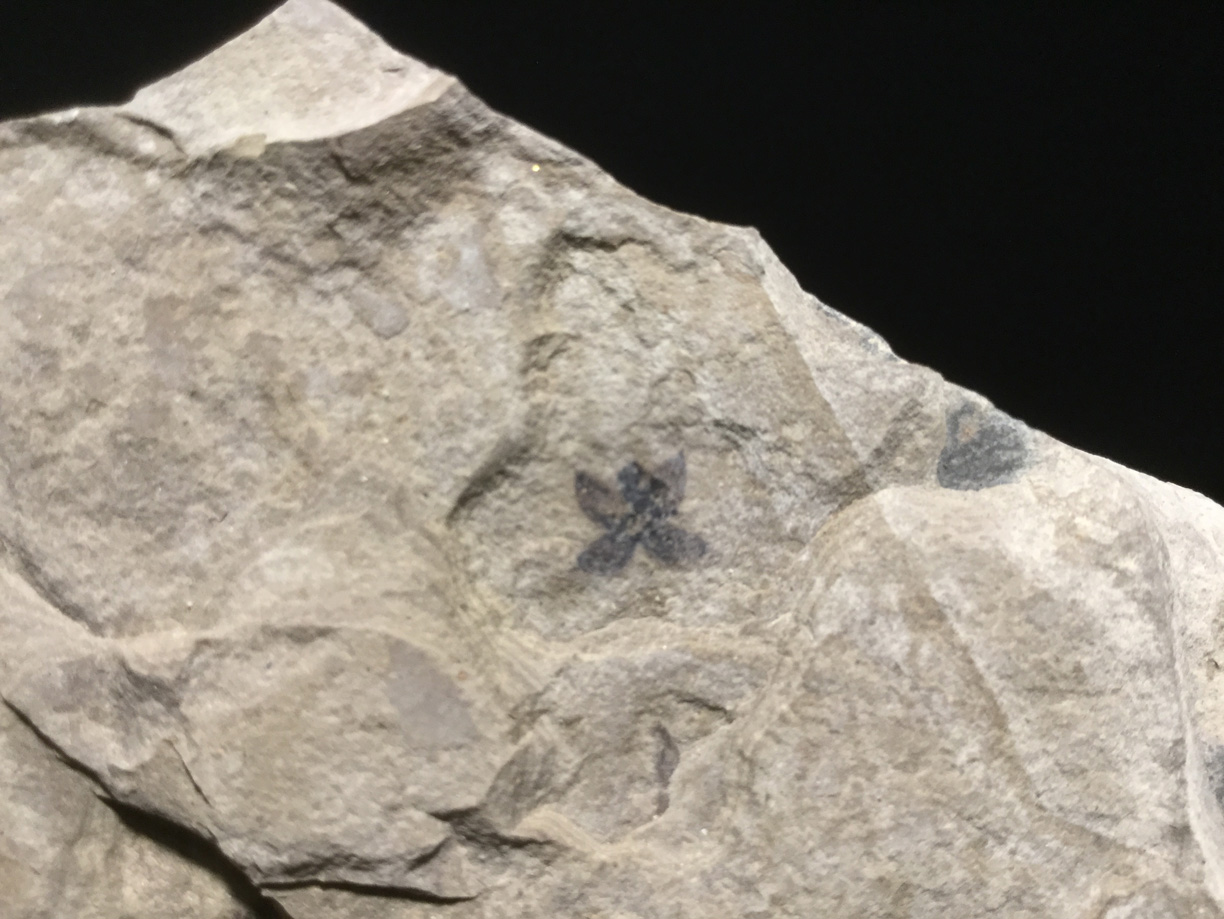 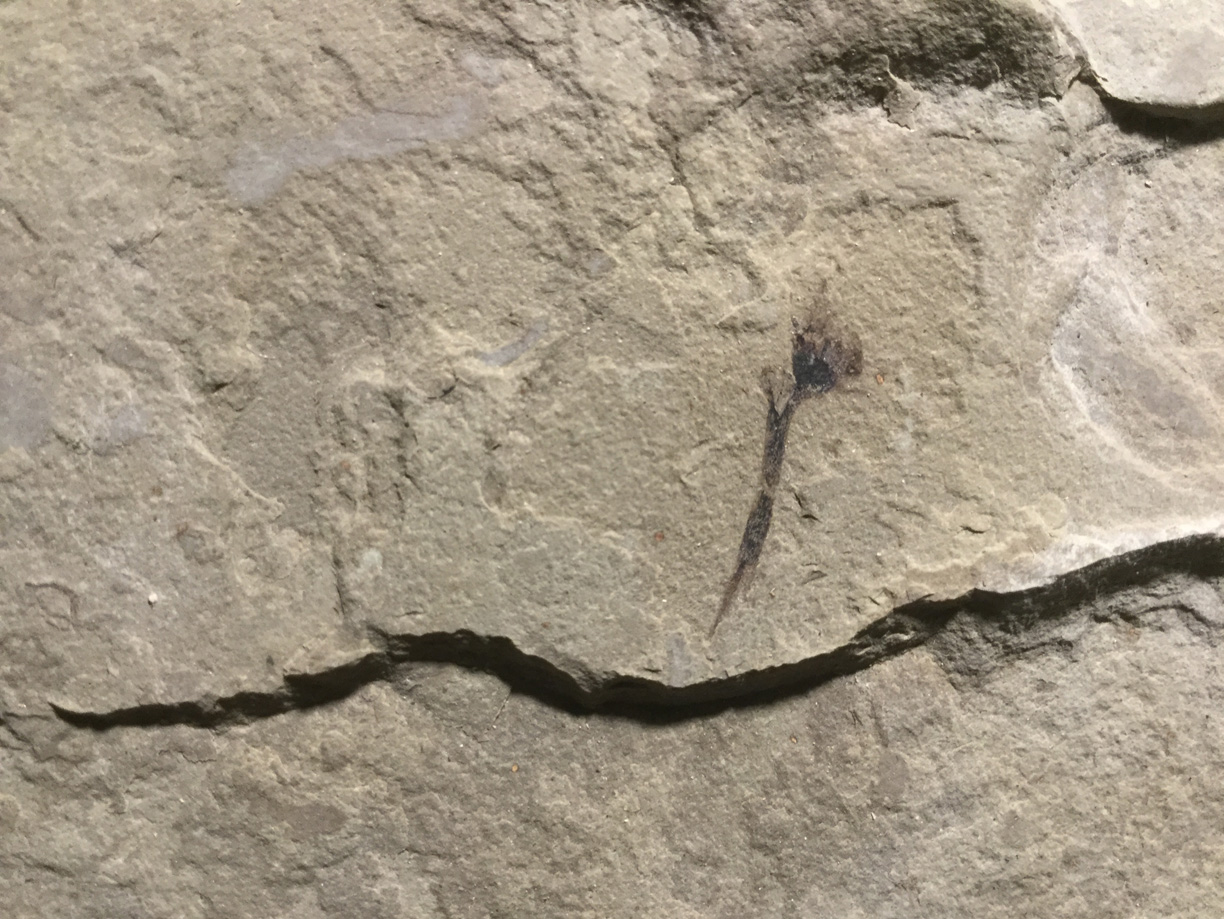 Here is a very nice example of a fossilized flower and an attached seed. The flower with sepals is Pseudosalix. The flower is staminate with globose anthers attached to individual filaments. The flower has 4 elliptical sepals with acuminate apices. The attached seed may be Lomatia.
Pseudosalix handleyi has alternate lanceolate leaves with pinnate, semicraspedodromous venation and a serrate margin with glandular teeth. The inflorescence is terminal on the twig and is unisexual, composed of flowers organized in a paniculoid cyme, with lateral paraclades of pedicellate flowers. The attached pistillate flowers have four prominent sepals that are valvate in bud, spreading but basally fused at anthesis; the single pistil of each flower is ovoid with three or four longitudinal sutures, indicating development to a capsular fruit. Three or four recurved styles radiate from the apex of the pistil, each with a distal globose stigma. The infructescence, verified by attachment to twigs with the same kind of leaves, bore capsular fruits of three and four valves. Associated but unattached, staminate flowers also have four well-developed, basally connate sepals. They are pedicellate and bear several stamens, each with a short filament and globose anther. The available morphological characters place the fossil species within the Salicaceae s.l. as an immediate sister to the clade containing Populus and Salix.

$125
Purchase
Eocene Green River Flower has been added to your cart.
Continue Shopping Checkout Now
© fossilAvenue.com
HOME
ABOUT US
PRODUCT CATALOG
CONTACT US