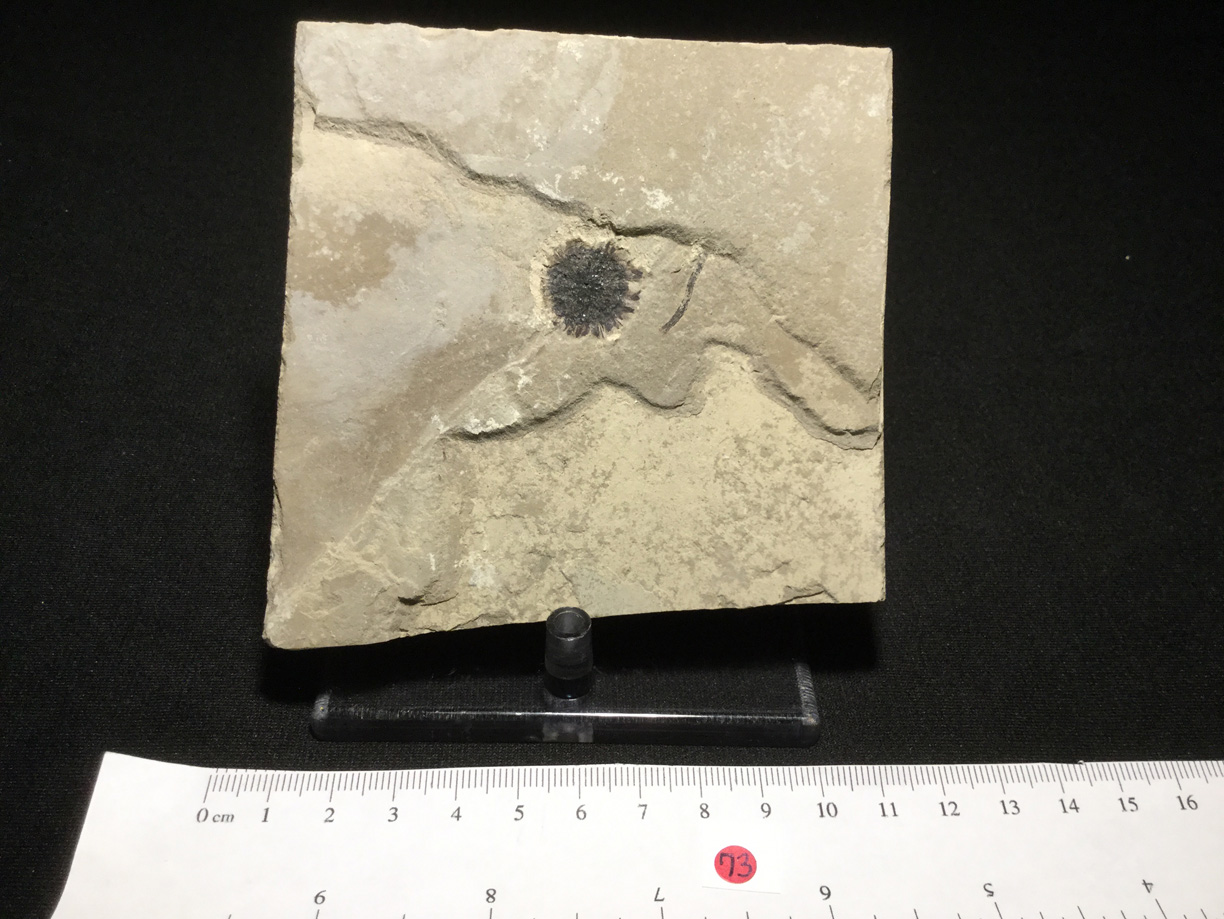 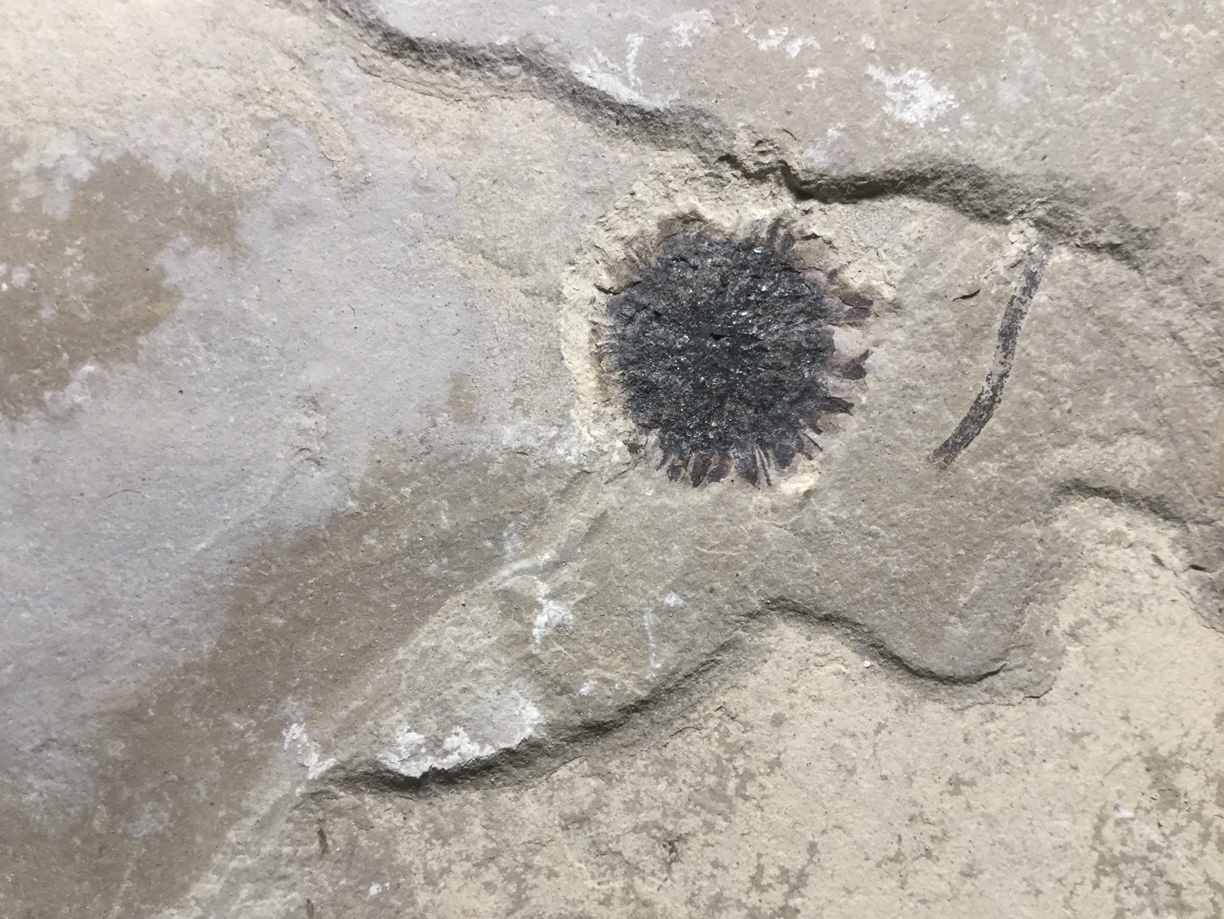 This is a very well preserved seed ball from Macginitiea cf. wyomingensis. It has flowering pistillate and staminate axes. This specimen has remarkable detail and is a great example of this rare fruiting head.

Platanus is a living genus that represents the fossil genus Macginitiea and consists of a small number of tree species native to the Northern Hemisphere. They are the sole living members of the family Platanaceae. All members of Platanus are tall, reaching 30-50 m (98-164 ft) in height. All except for P. kerrii are deciduous, and most are found in riparian or other wetland habitats in the wild, though proving drought-tolerant in cultivation. They are often known in English as planes or plane trees. Some North American species are called sycamores.
The flowers are reduced and are borne in balls (globose heads); 3-7 hairy sepals may be fused at the base, and the petals are 3-7 and are spatulate. Male and female flowers are separate, but borne on the same plant (monoecious). The number of heads in one cluster (inflorescence) is indicative of the species. The male flower has 3-8 stamens; the female has a superior ovary with 3-7 carpels. Plane trees are wind-pollinated. Male flower-heads fall off after shedding their pollen. After being pollinated, the female flowers become achenes that form an aggregate ball. The fruit is a multiple of achenes. In living species, the core of the ball is about 1 cm in diameter and is covered with a net of mesh 1 mm, which can be peeled off. The ball is 2.5-4 cm in diameter and contains several hundred achenes, each of which has a single seed and is conical, with the point attached downward to the net at the surface of the ball. There is also a tuft of many thin stiff yellow-green bristle fibers attached to the base of each achene.