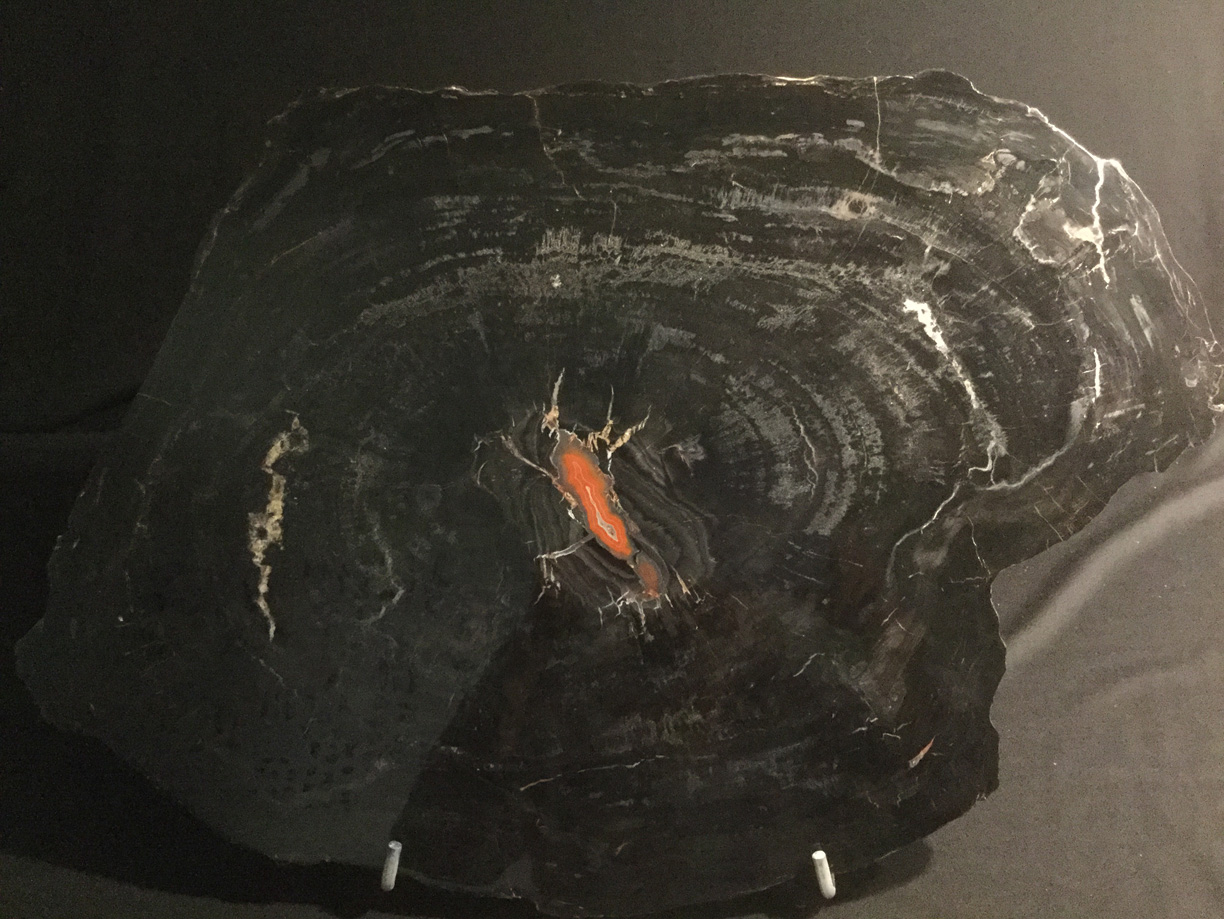 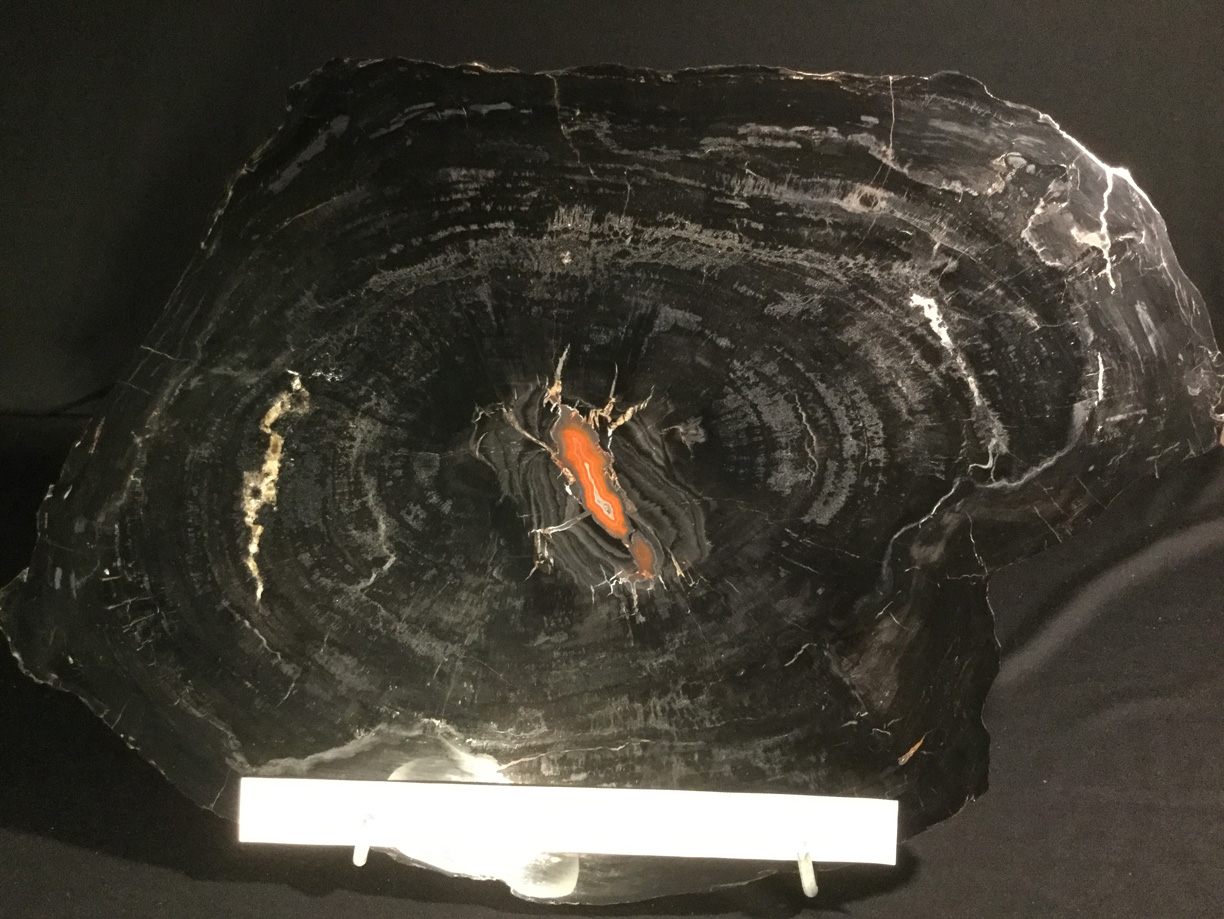 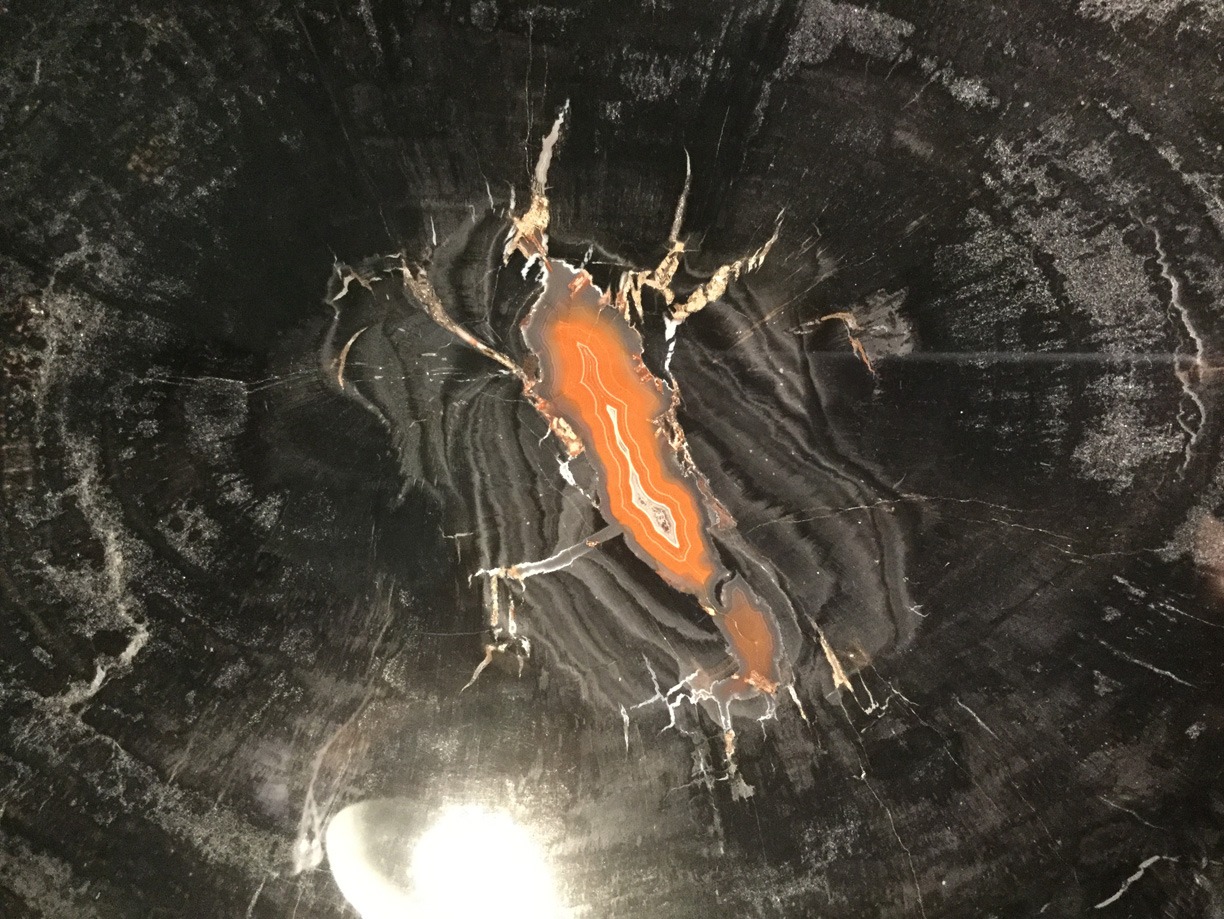 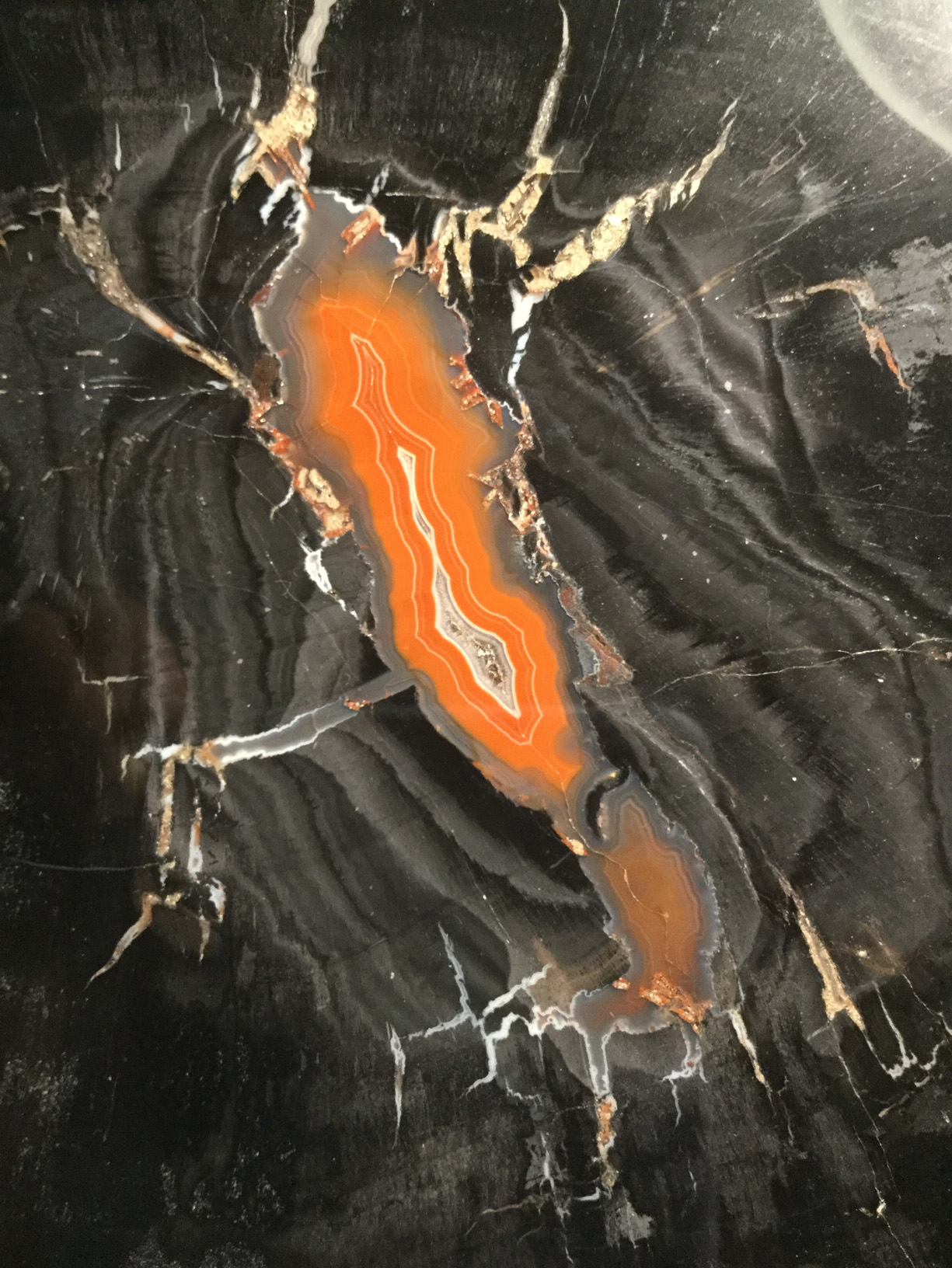 Here is a unique polished slab of the petrified wood cf. Araucarioxylon. The slab is 23 by 17 inches and has excellent preserved detail. The remarkable feature of this slab is the striking red fortification agate in the center. It appears that the fossil wood was silicified but had a void in the center that later was filled with a brilliant red agate. The specimen is provisionally identified as Araucarioxylon but may be an undescribed conifer.

Araucarioxylon arizonicum is an extinct species of conifer that is the state fossil of Arizona. The species is known from massive tree trunks that weather out of the Chinle Formation in desert badlands of northern Arizona and adjacent New Mexico, most notably in the 378.51 square kilometres (93,530 acres) Petrified Forest National Park. There, these trunks are locally so abundant that they have been used as building materials.
The petrified wood of this tree is frequently referred to as "Rainbow wood" because of the large variety of colors some specimens exhibit. The red and yellow are produced by large particulate forms of iron oxide, the yellow being limonite and the red being hematite. The purple hue comes from extremely fine spherules of hematite distributed throughout the quartz matrix, and not from manganese, as has sometimes been suggested.
The Chinle Formation is a collection of fluvial, lacustrine, and floodplain rocks deposited in a back-arc basin formed inland of a Late Triassic magmatic arc associated with the subduction zone off the west coast of North America. The climate during Chinle deposition has been described as humid or subhumid to semiarid. The area was however very "wet" and supported a diverse amphibian fauna.

$1700
Purchase
Triassic Petrified Wood has been added to your cart.
Continue Shopping Checkout Now
© fossilAvenue.com
HOME
ABOUT US
PRODUCT CATALOG
CONTACT US