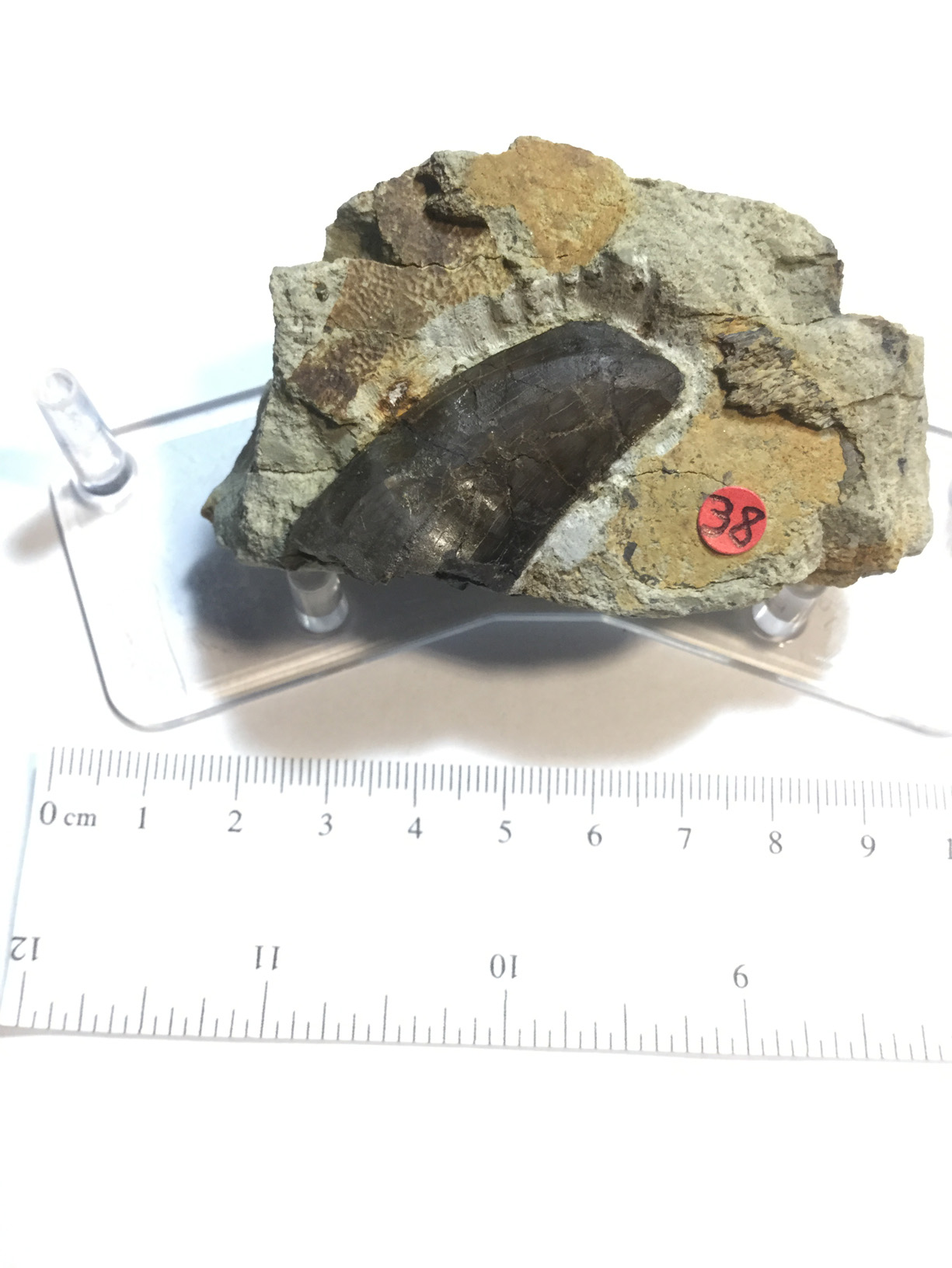 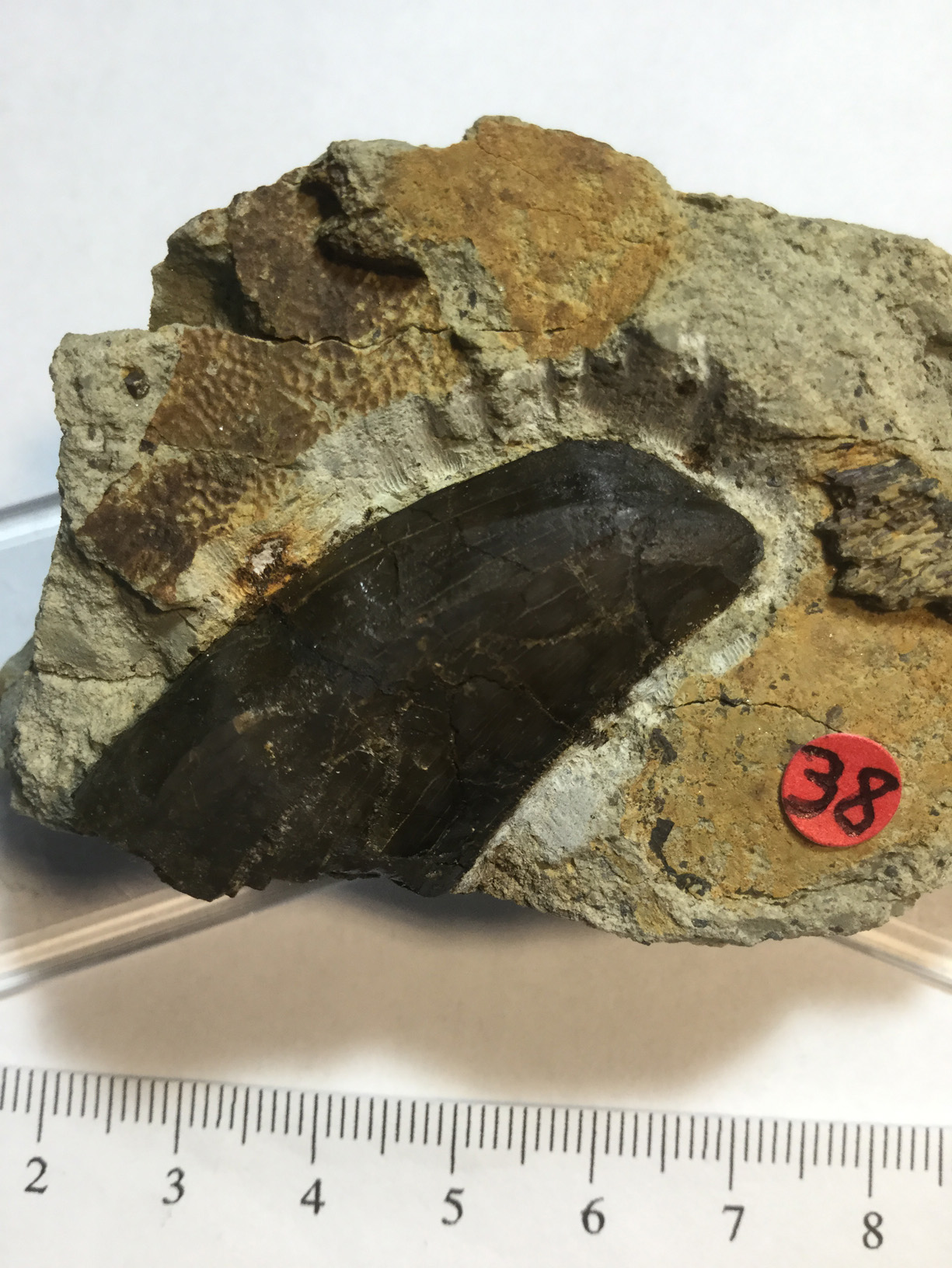 This specimen is a heavily worn shed tooth probably from Allosaurus. The amount of wear however has mostly eliminated any truly diagnostic features, however good serrations are visible on the posterior edge of the tooth. Based on the size and robust character of the tooth it is possible that it could be Torvosaurus. The tooth segment is 4 cm. The specimen is prepared in its original matrix with a maximum dimension of 8 cm. The only restoration is filling of natural fractures.

$500
Purchase
Jurassic Morrison Allosaurus(?) Tooth has been added to your cart.
Continue Shopping Checkout Now
© fossilAvenue.com
HOME
ABOUT US
PRODUCT CATALOG
CONTACT US