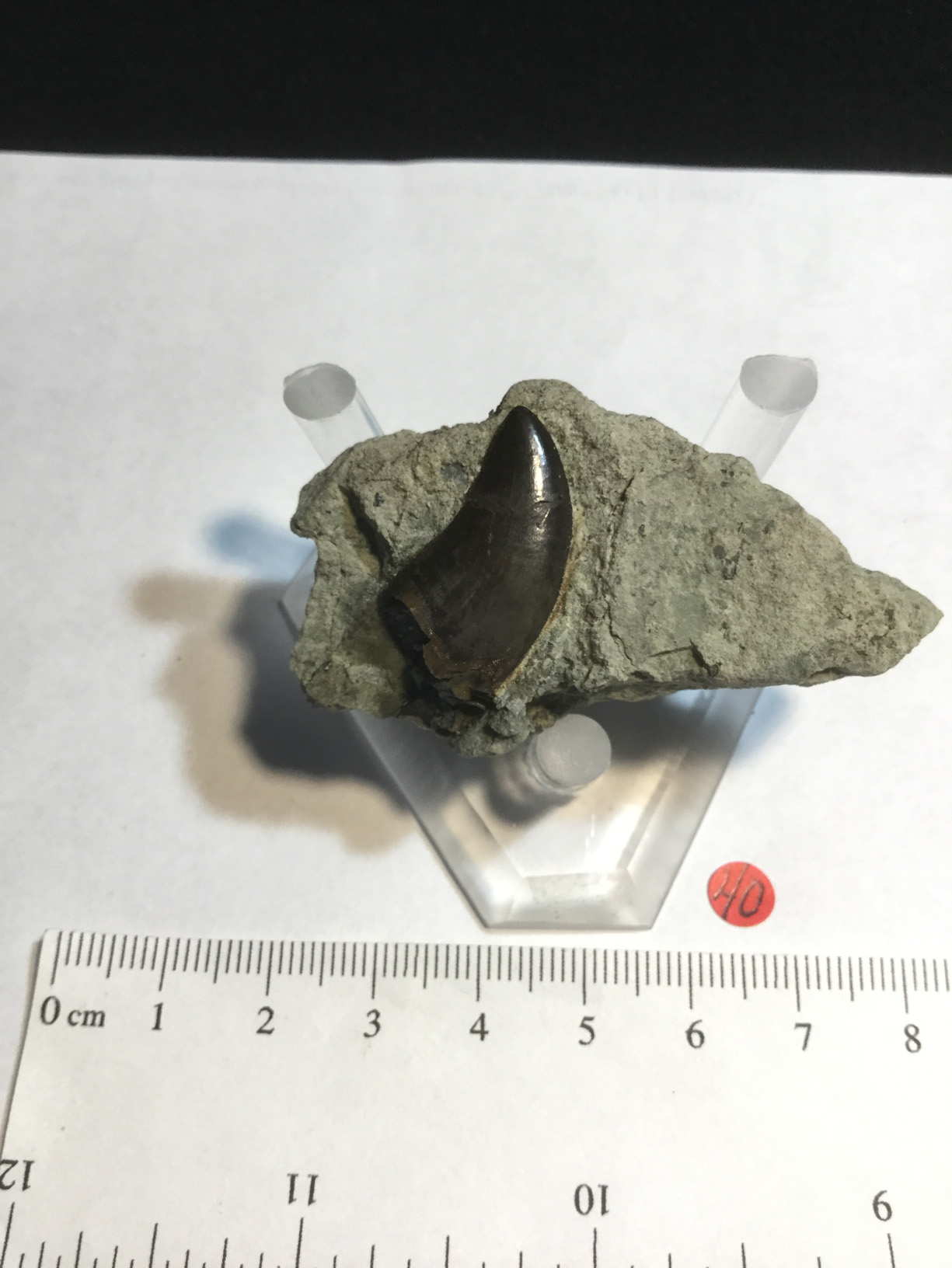 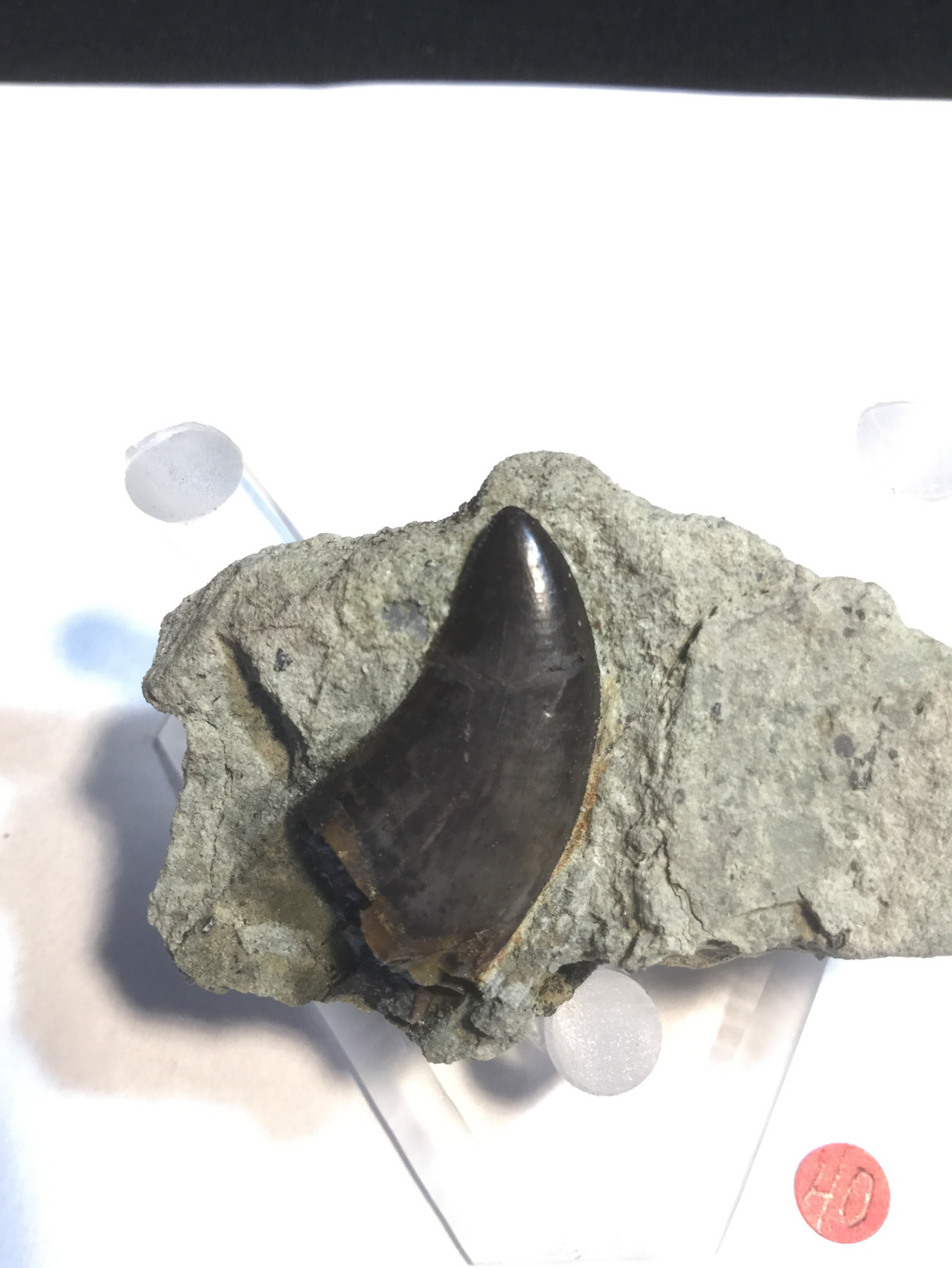 This tooth is an excellent example of a Morrison raptor. It is 3 cm long and has excellent serrations from tip to gum-line on both tooth edges. The tooth has excellent preservation and is not crushed or distorted. The only restoration is the filling of a minute single natural fracture. The specimen is prepared in its original matrix.