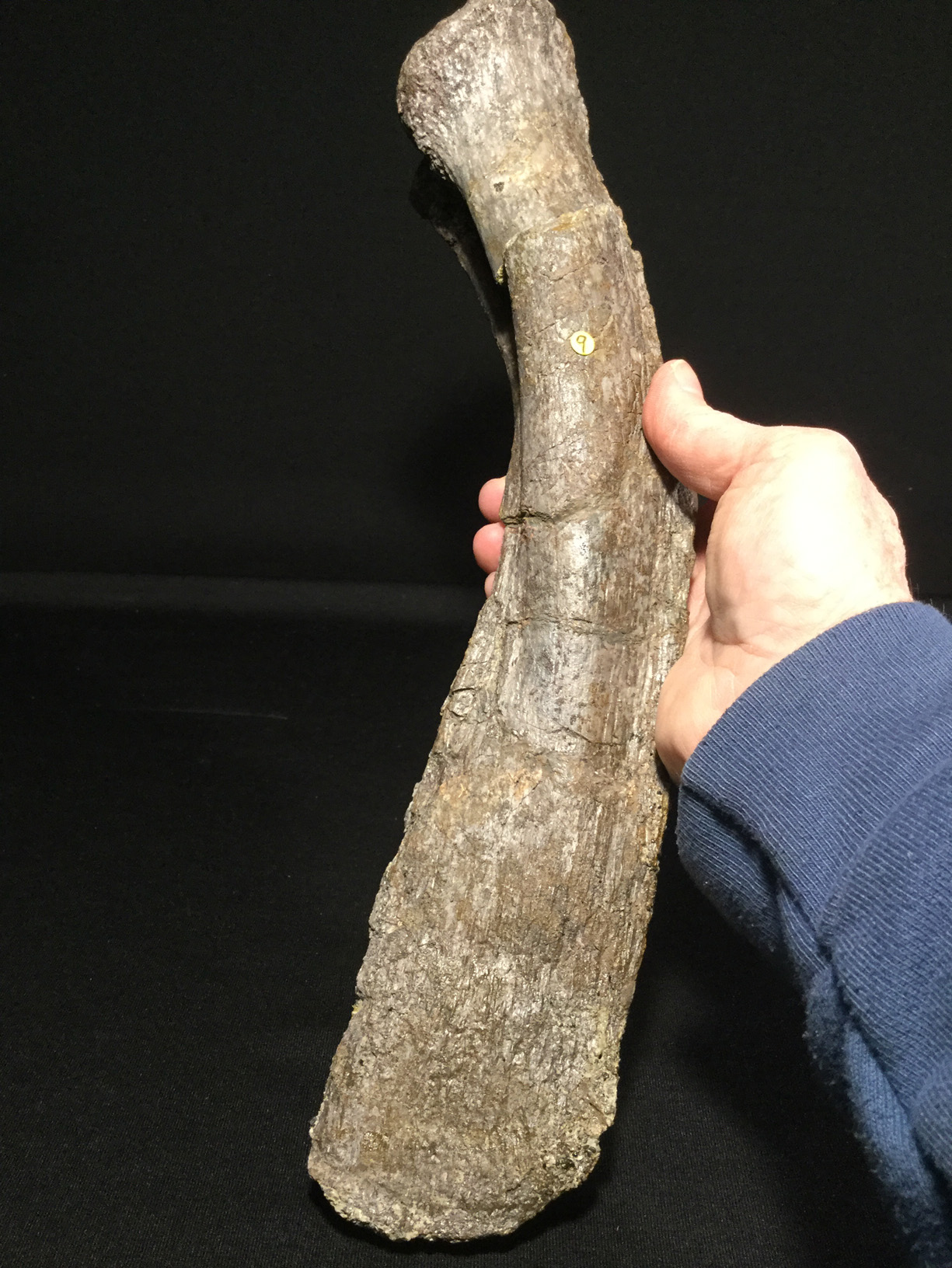 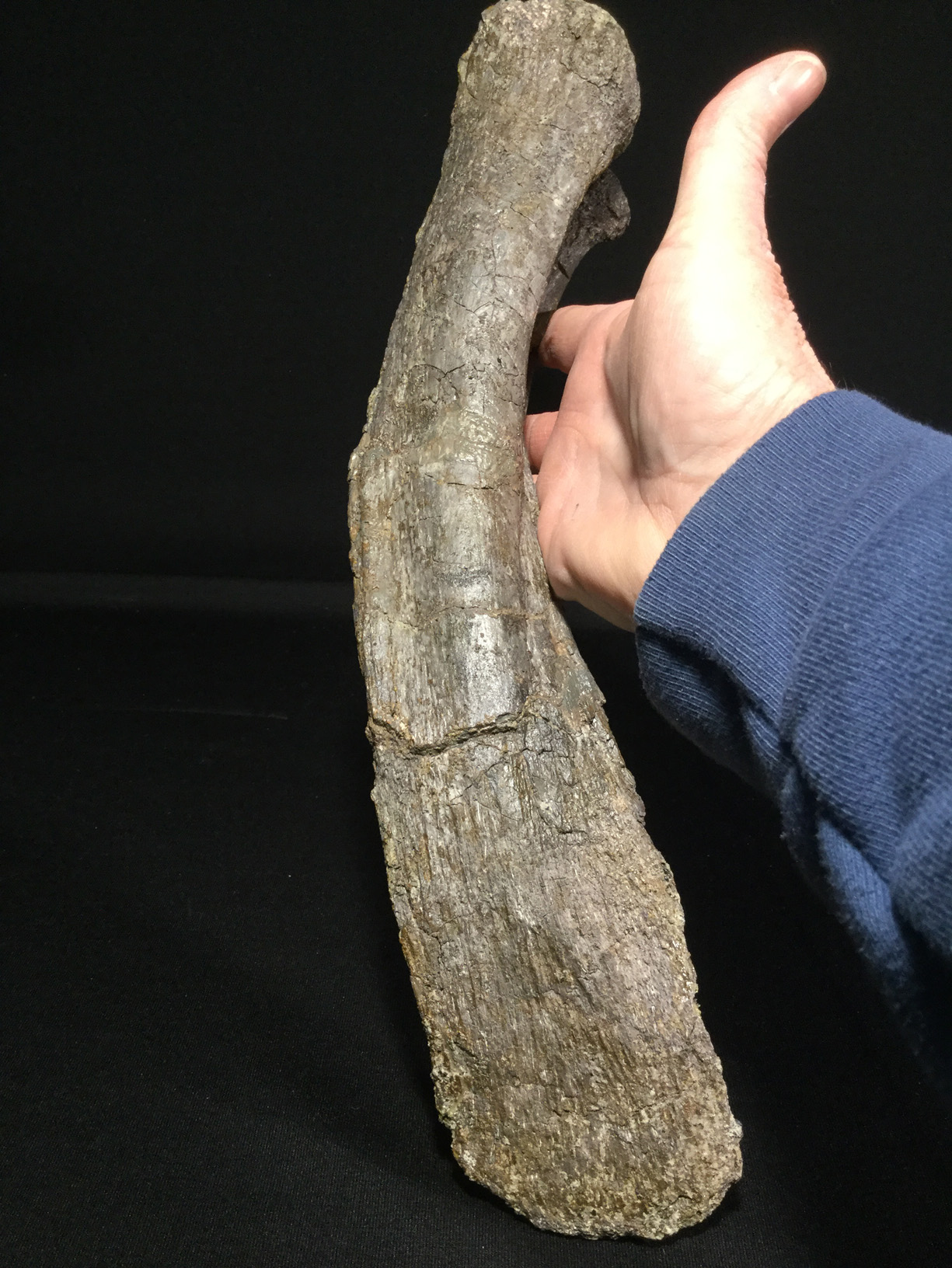 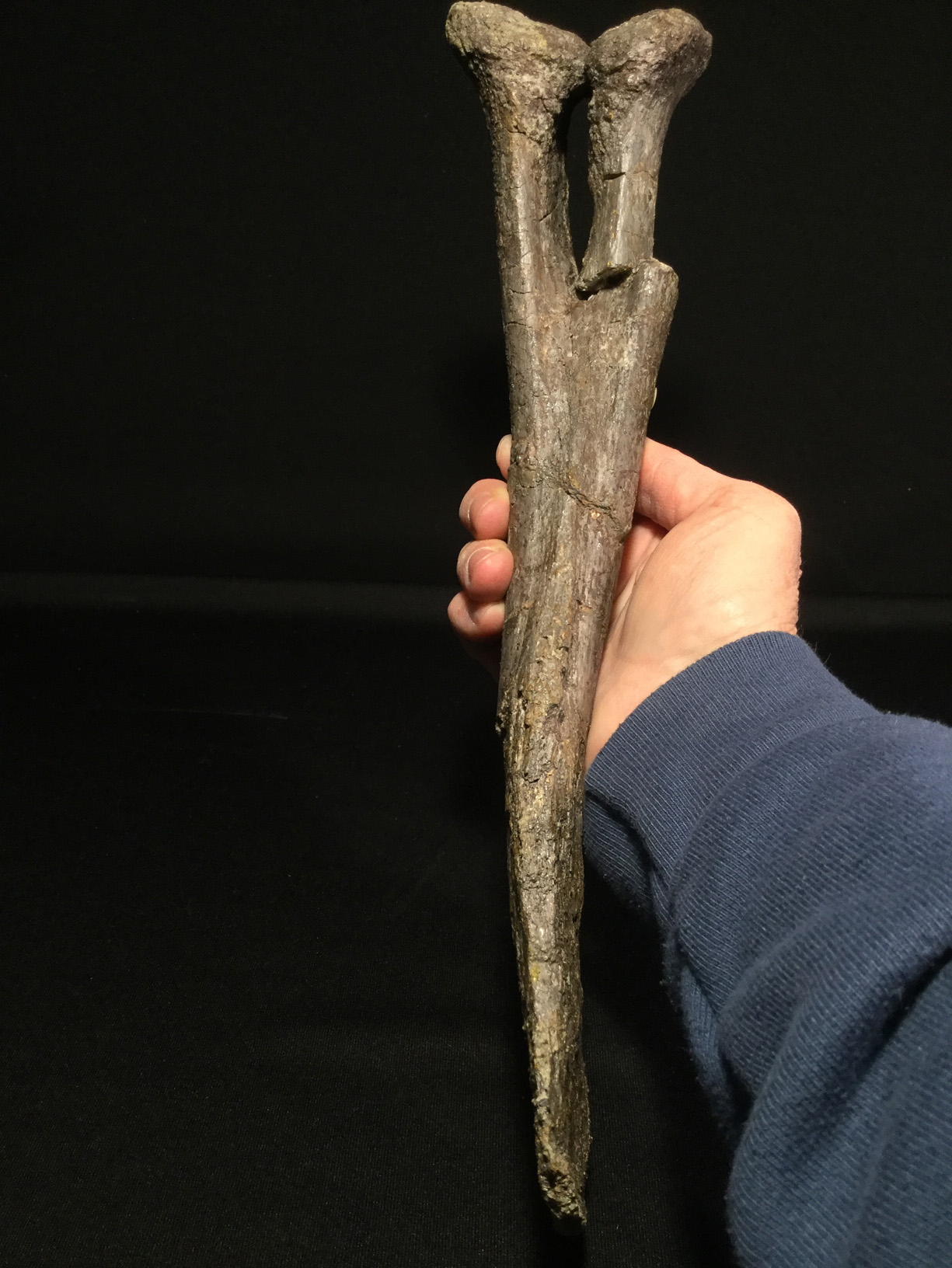 This specimen is a large caudal vertebrae chevron. It is 13 inches long and is absolutely complete. The chevron has only one repair on the distal flange. The disjointed segment at the proximal end was prepared as collected and is not repaired or reconstructed. There is only minor restoration of natural fractures and several small spots. Overall this is a wonderful example of this interesting Sauropod bone.