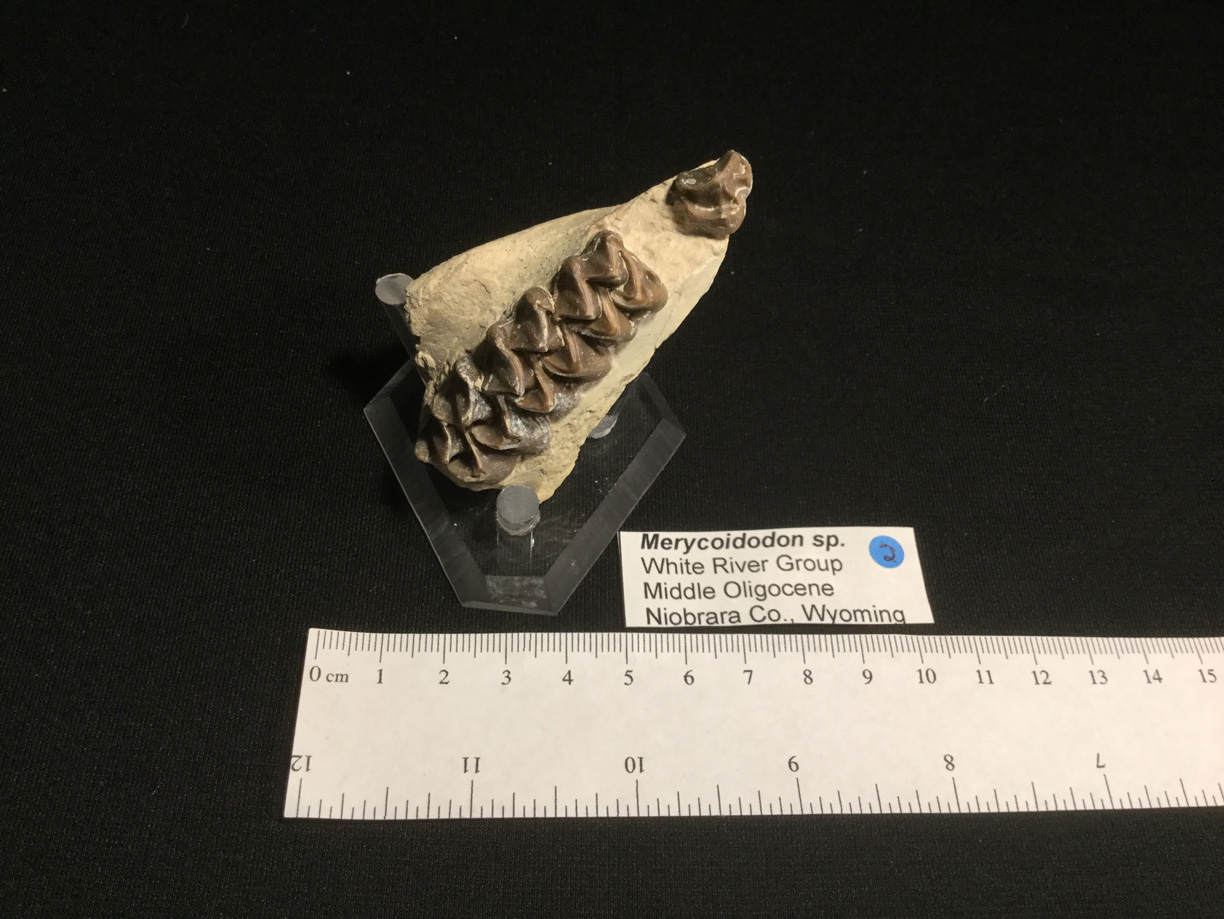 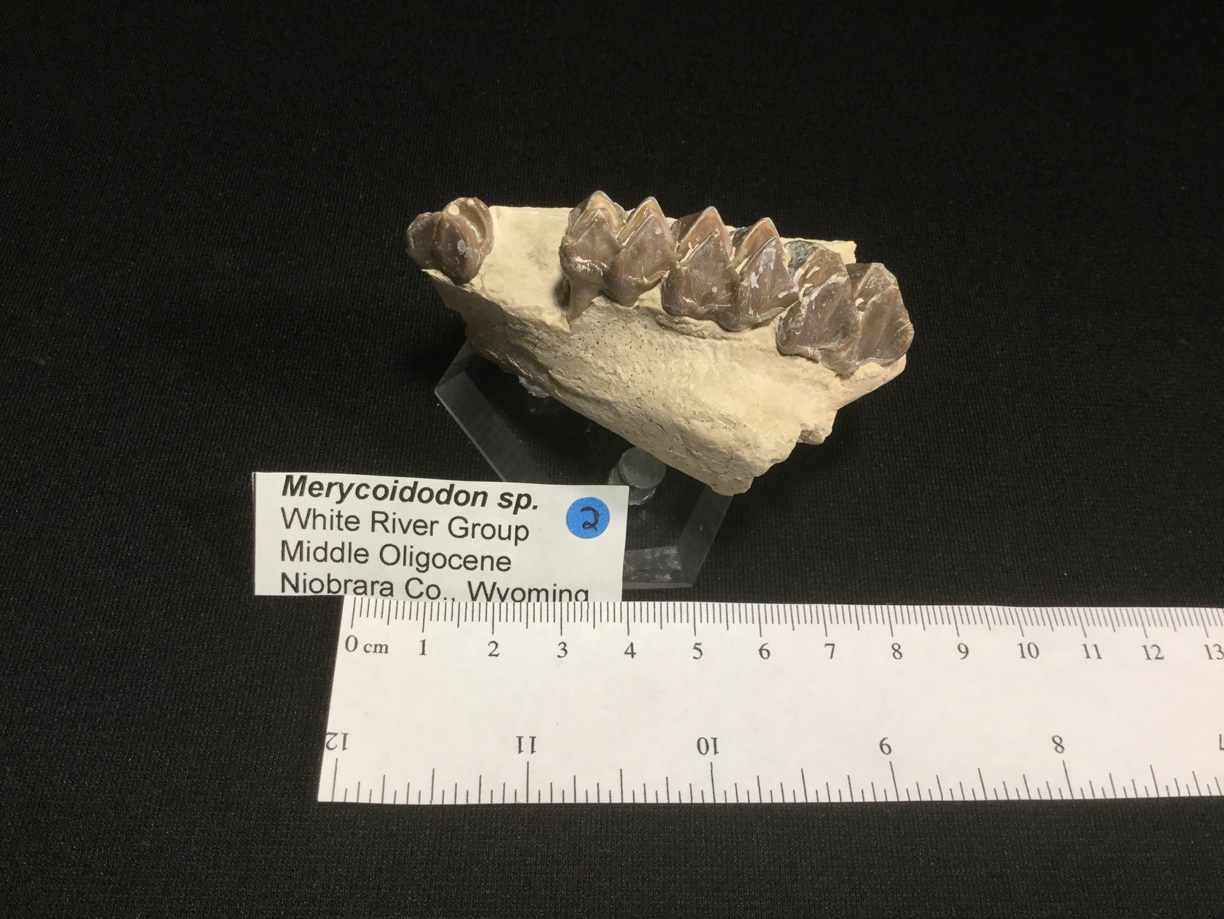 This is an excellent example of a Merycoidodon maxilla from the Middle Oligocene Brule Formation. This example is from the right side of the skull and contains 3 molars and one premolar. The specimen is from a young adult as indicated by the minimal ware seen on the typical selenodont teeth. The maxilla section is about 8 cm long. More fossils from the White River Group can be seen under our Fossils Under $50 category.

$40
Purchase
Oligocene Oreodont Merycoidodon has been added to your cart.
Continue Shopping Checkout Now
© fossilAvenue.com
HOME
ABOUT US
PRODUCT CATALOG
CONTACT US