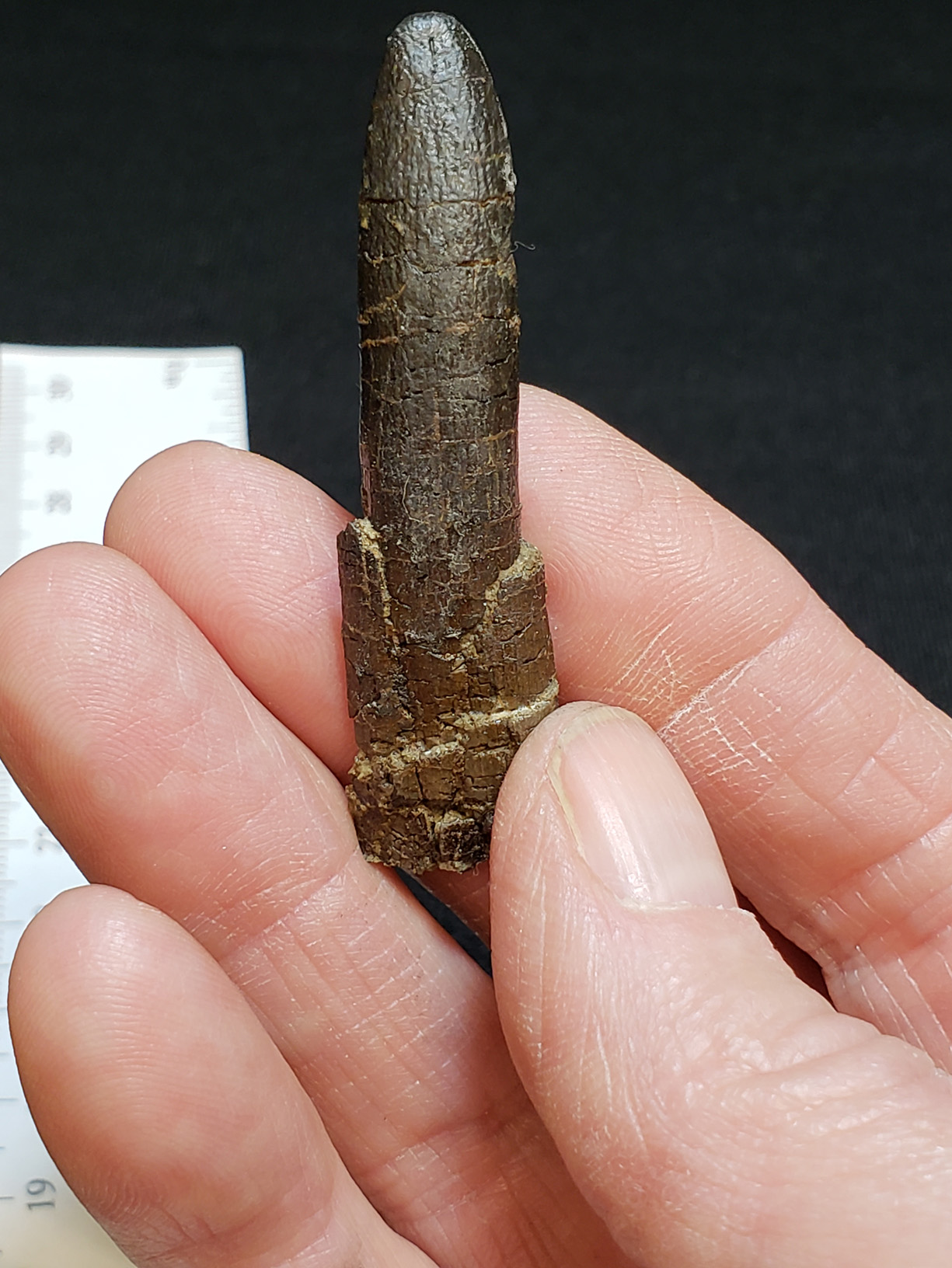 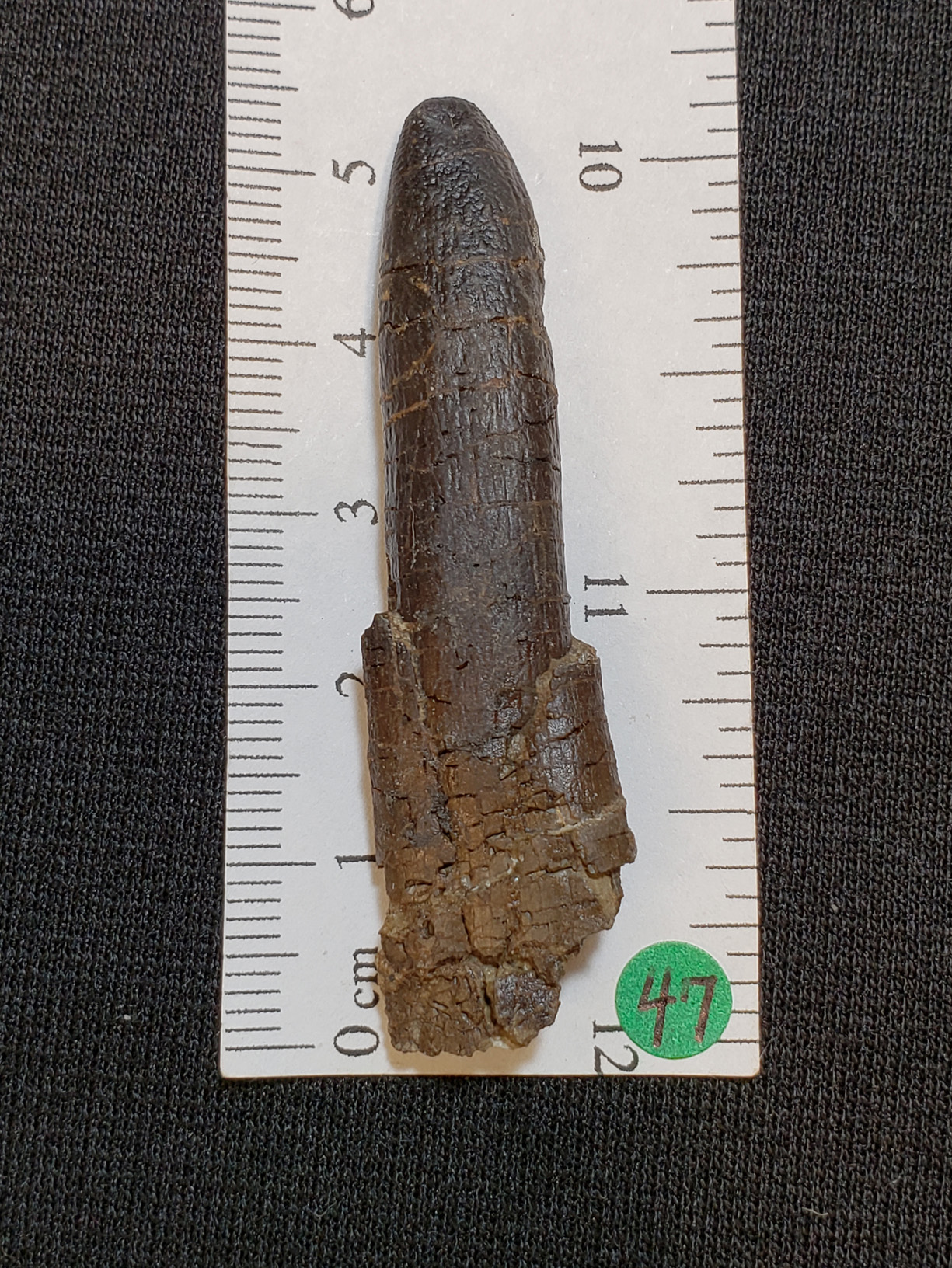 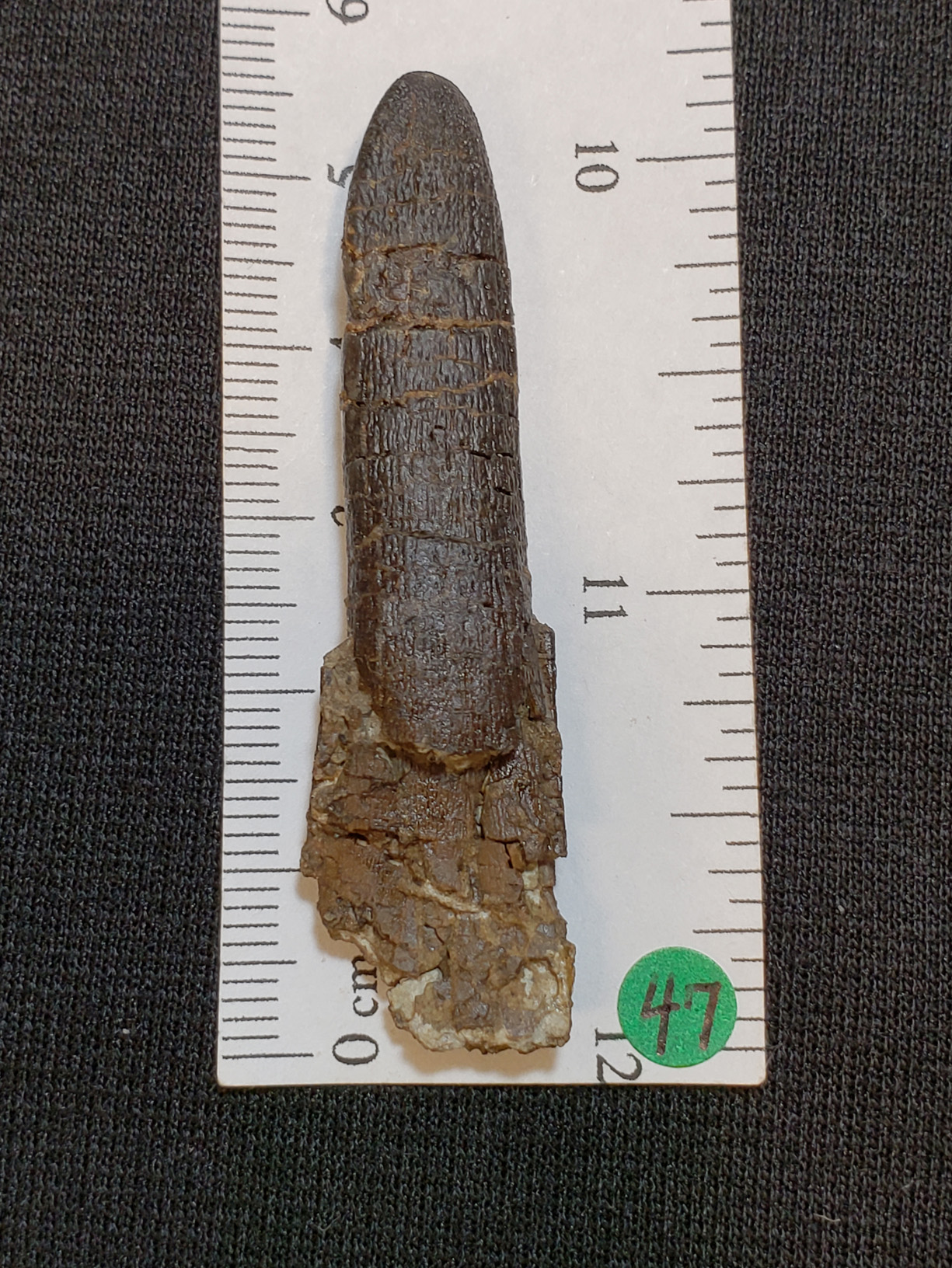 This is a very good example of the rare tooth of Apatosaurus. It is 5.3 cm long and is very well preserved for such a delicate relic. This specimen probably represents an un-erupted tooth as there is no visible wear at the tip. The tooth surface texture is diagnostic of the genera. This example was collected in close association with other Apatosaurus skull material. The transition from enamel to root is present in this specimen. The root portion of the tooth is compressed but the enamel section is fully inflated. The only restoration mainly confined to filling of natural fractures.

$750
Purchase
Jurassic Morrison Apatosaurus Tooth has been added to your cart.
Continue Shopping Checkout Now
© fossilAvenue.com
HOME
ABOUT US
PRODUCT CATALOG
CONTACT US