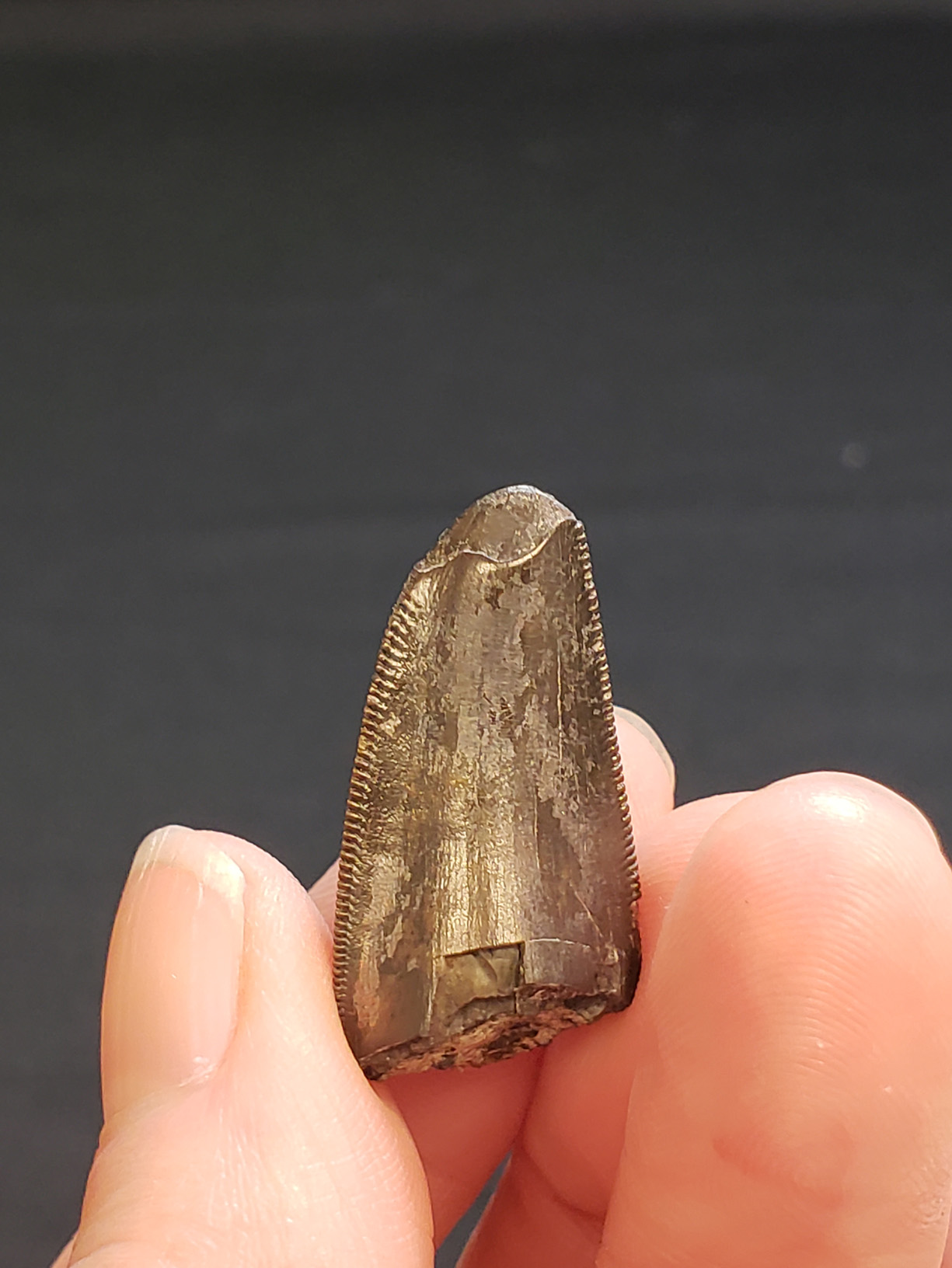 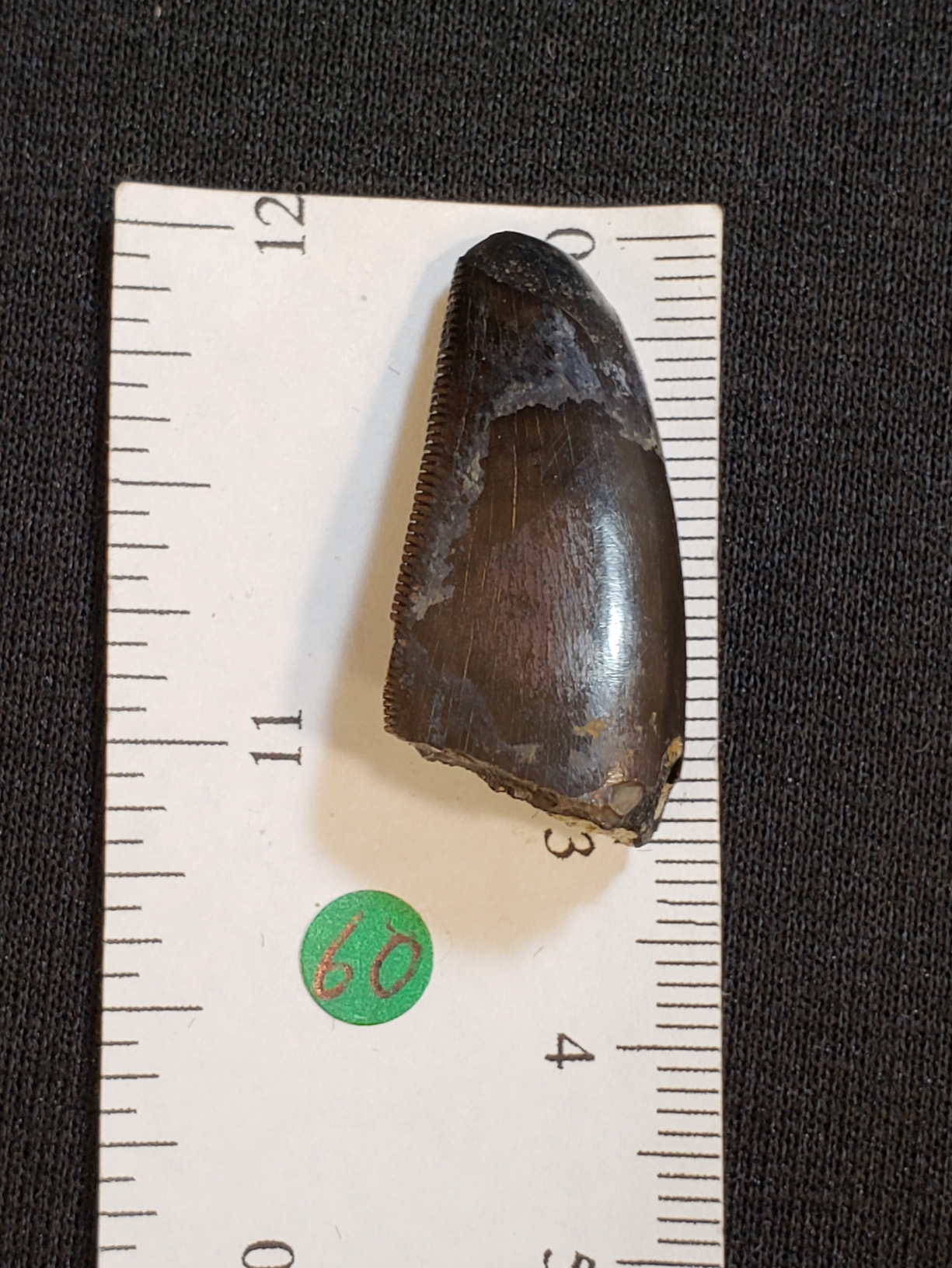 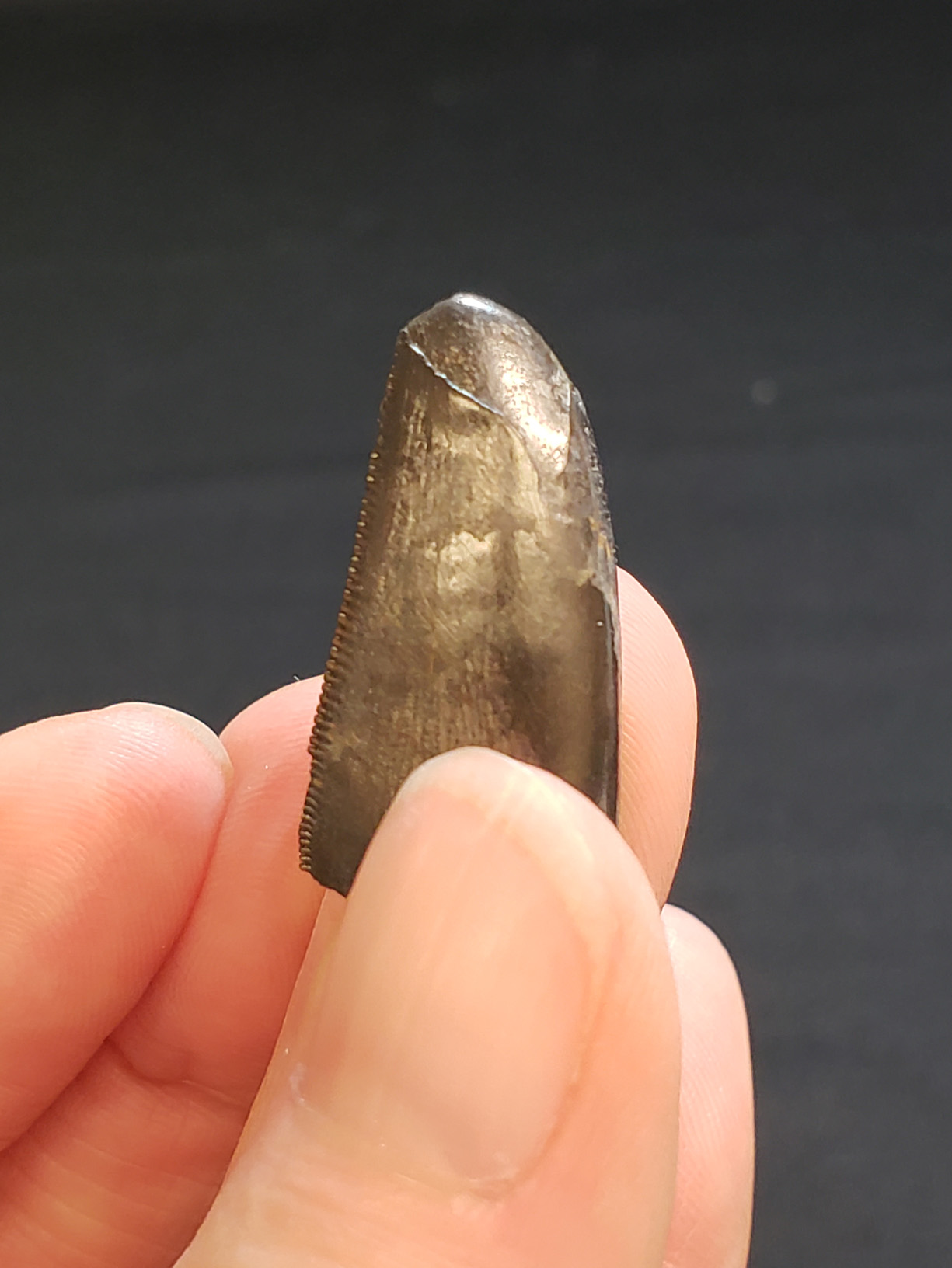 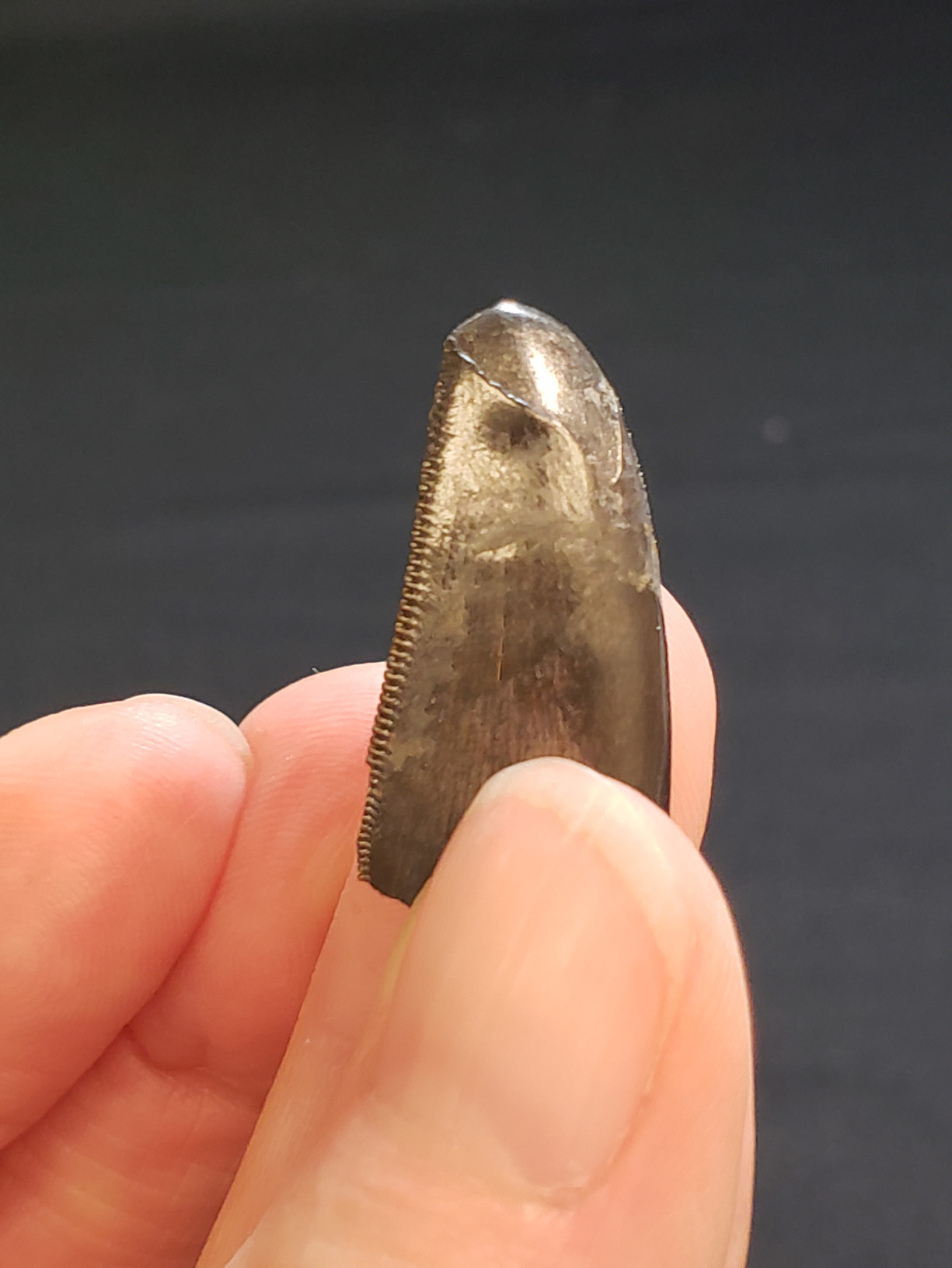 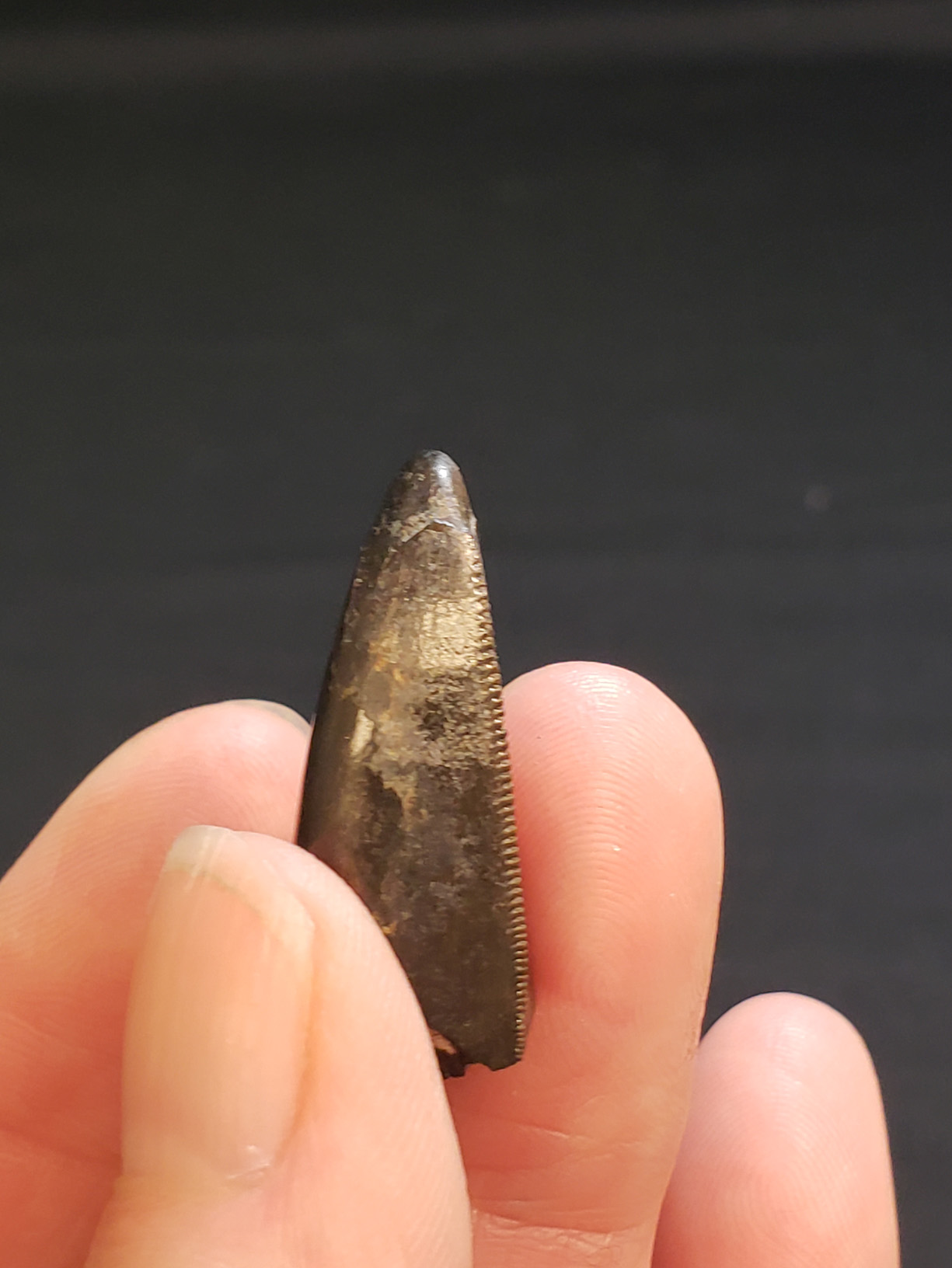 This is a very fine and beautiful Allosaurus tooth. It measures 3 cm. The detail is excellent and the serrations are outstanding and very clearly defined. The tip of the tooth is quite worn. This specimen has no repair or restoration.

$500
Purchase
Jurassic Morrison Allosaurus Tooth has been added to your cart.
Continue Shopping Checkout Now
© fossilAvenue.com
HOME
ABOUT US
PRODUCT CATALOG
CONTACT US