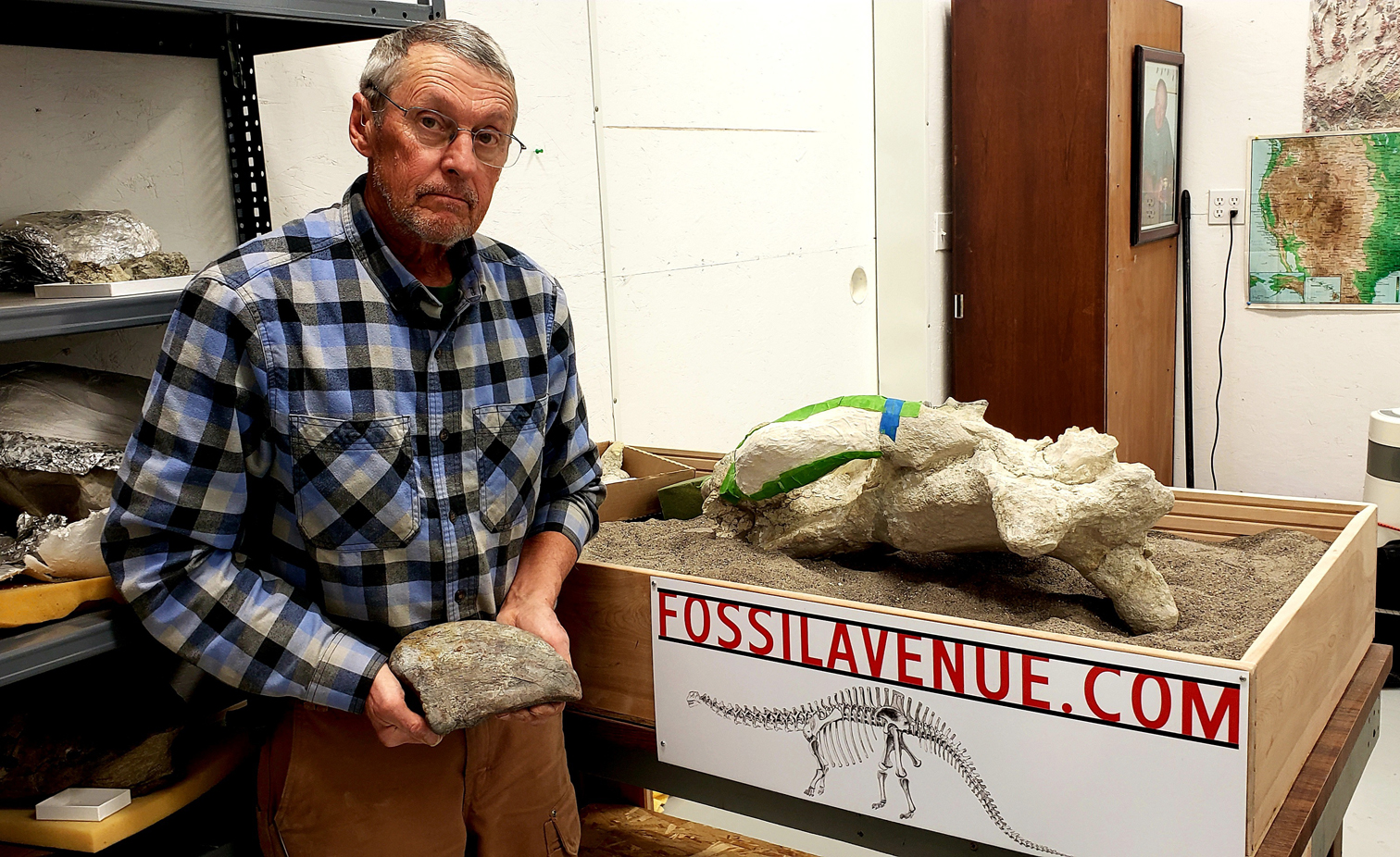 This specimen is a pes claw of Camarasaurus. The bone is very well preserved and has excellent detail. It probably represents the first digit of the right pes. This is a premier example of a large sauropod claw. The bone is 8 inches long and 5 inches at its broadest point. Restoration includes 1.5 inches of the tip on one side and 1 inch on the other. ½ inch by 3 inches of the bottom right pedal surface is also restored along with a small patch at the base of the articular surface. The specimen was recovered from a channel sandstone lens in the Brushy Basin Member of the Morrison Formation. In our dinosaur quarry there are several channel-sandstone beds that are found in a paleo-valley-fill sequence.