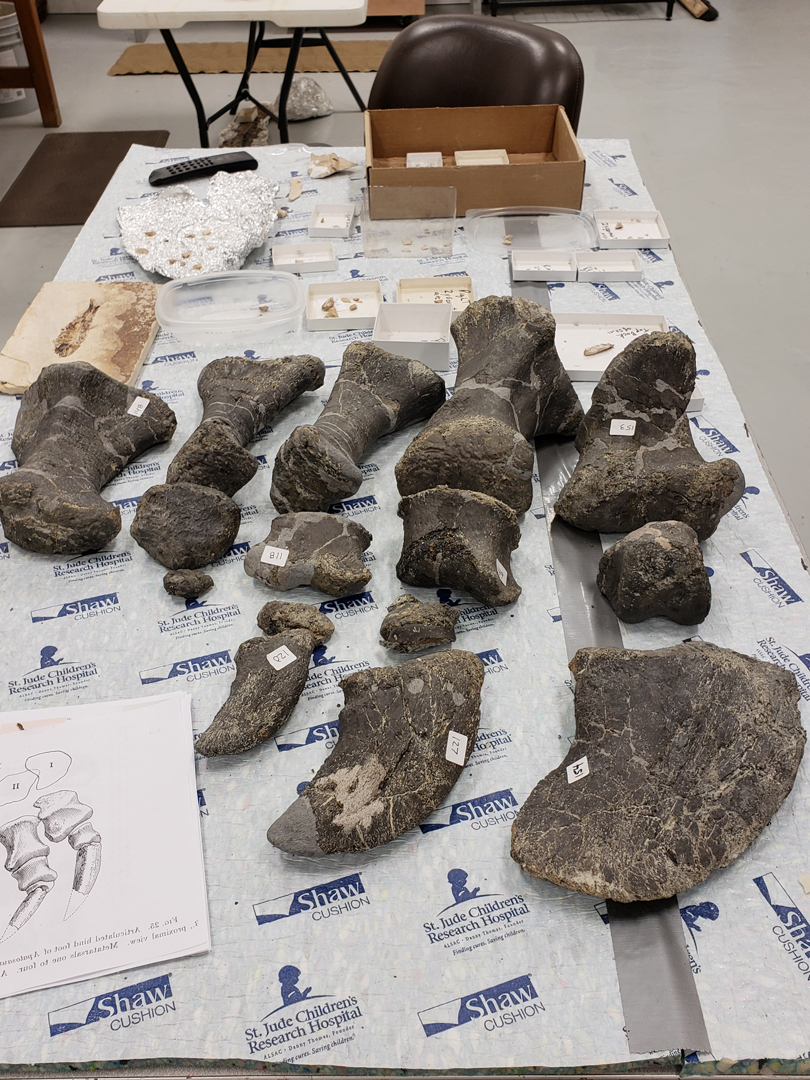 Shown here is a complete, right pes of a large adult Apatosaurus. All of these elements were found in very close association in our Morrison Formation dinosaur quarry. We are quite certain that they all belong to the same individual. The largest claw (ungual) is 12 inches measured diagonally. This is a very complete example and we know of no museum skeletons of Apatosaurus have feet that are of this quality. There is minor restoration throughout the pieces, but it mainly consists of fracture filling. 1.5 inches of the tip of the second ungual is restored. The restoration areas can be seen on the included photograph.