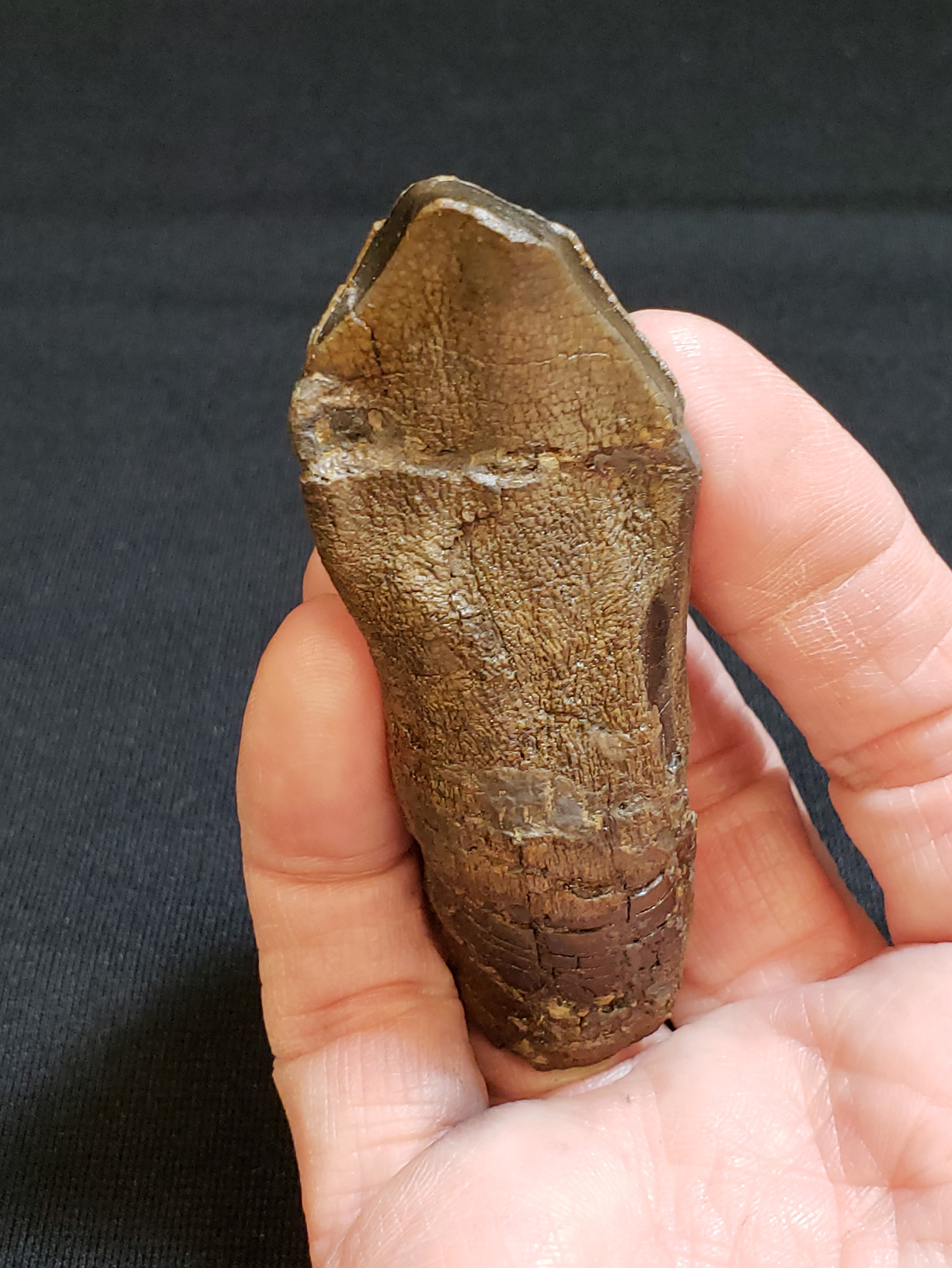 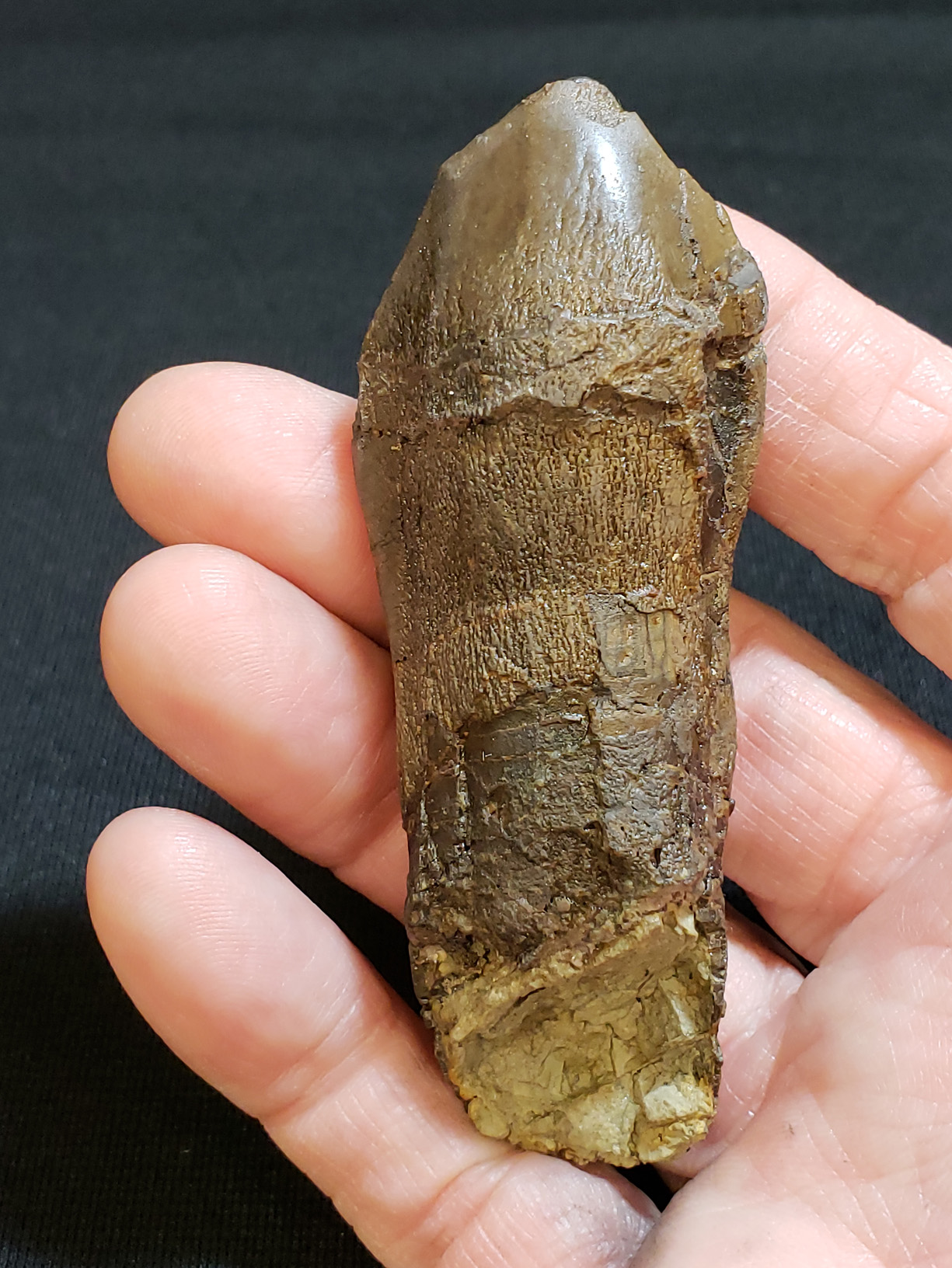 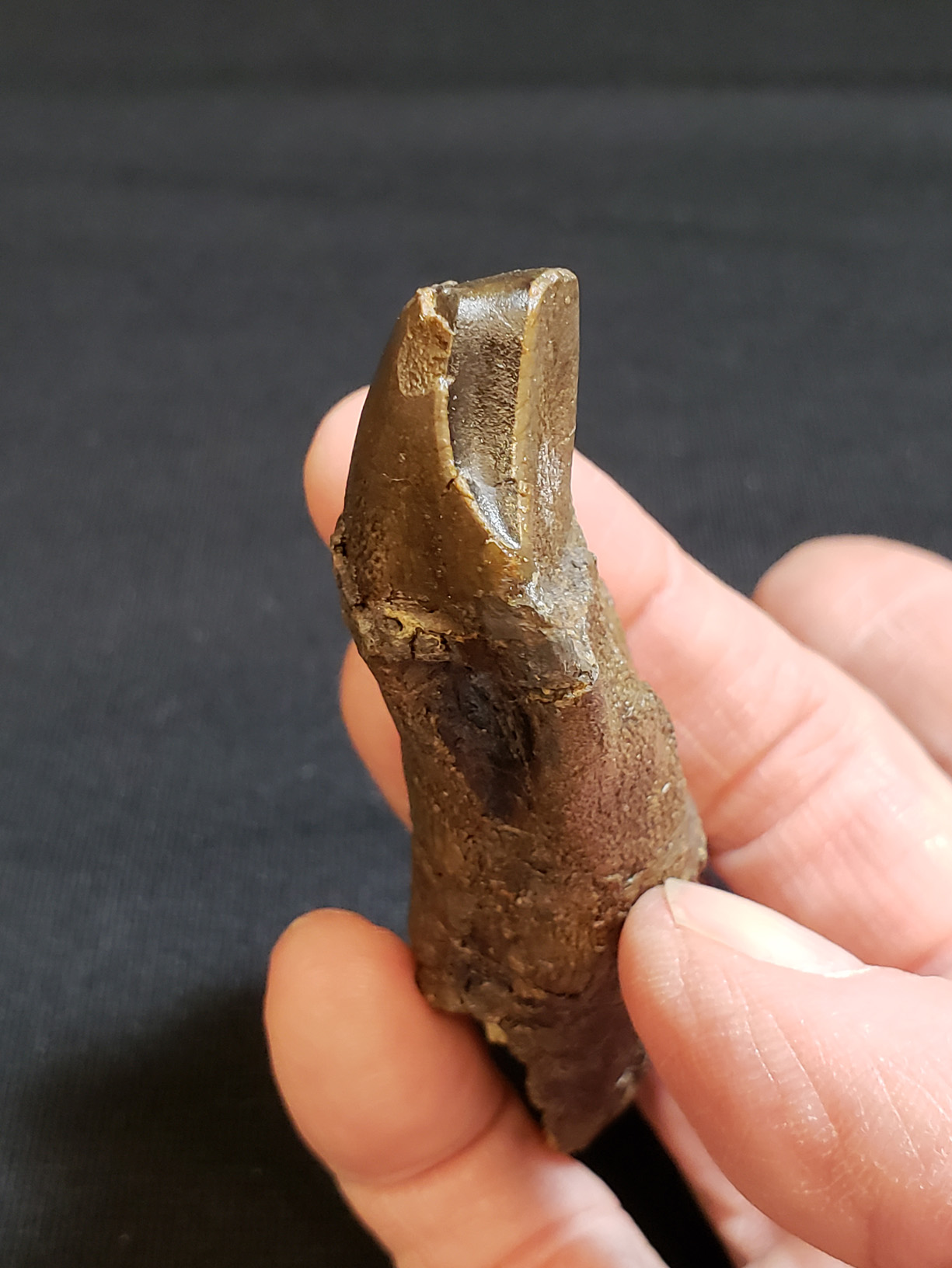 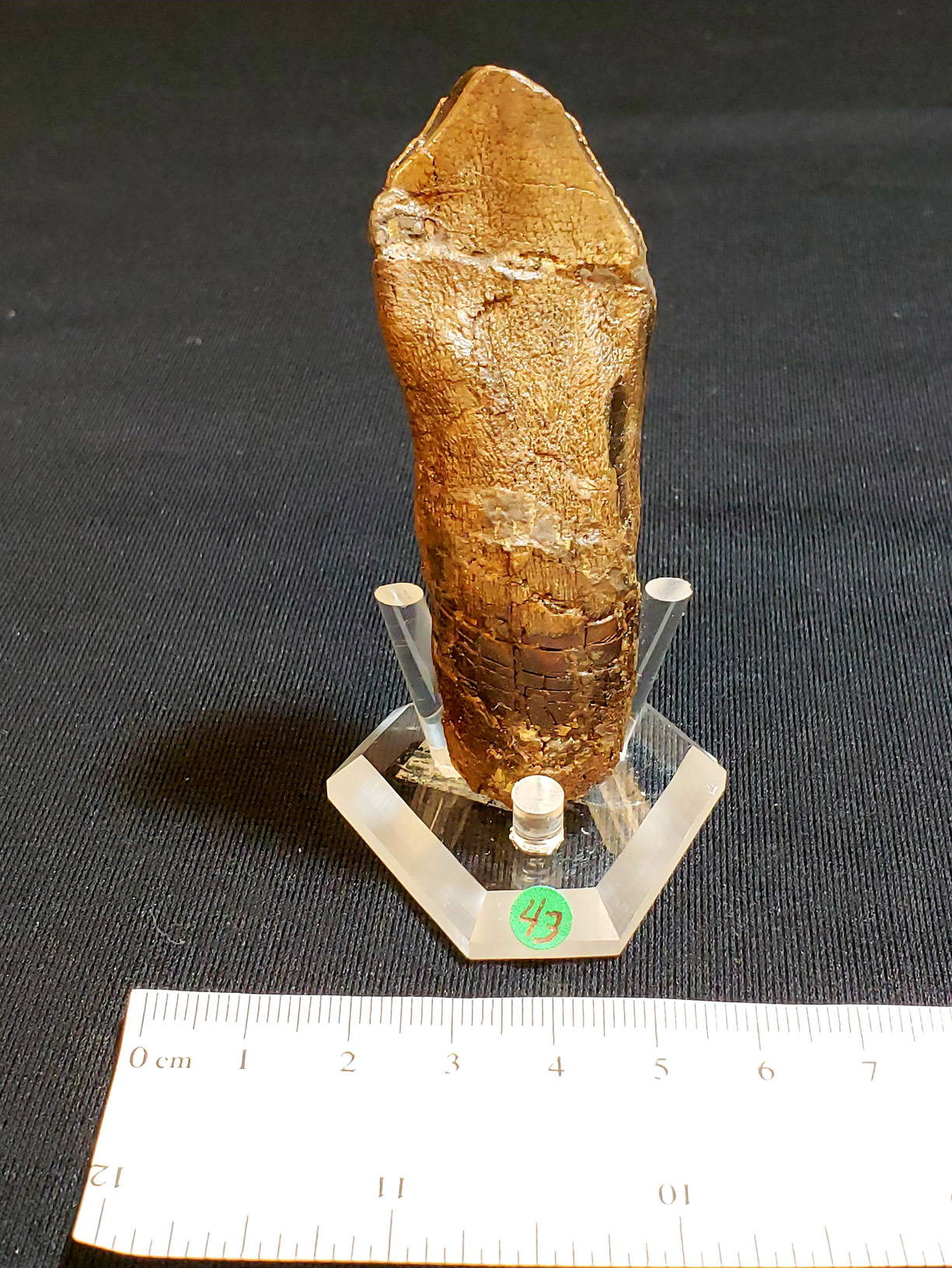 Here is a premier specimen of a rooted Camarasaurus tooth. This example is 7.5 cm long and exhibits 2 cm of root. The tooth is 3 cm at its widest point. The tooth is nearly perfect and only has several tiny spots of restoration and natural fracture fill. The enamel texture and preservation is exceptional. This specimen has a beautiful wear facet and on the left side of the tooth there is a prominent indented groove from an adjacent tooth.

$1600
Purchase
Jurassic Morrison Camarasaurus Tooth has been added to your cart.
Continue Shopping Checkout Now
© fossilAvenue.com
HOME
ABOUT US
PRODUCT CATALOG
CONTACT US