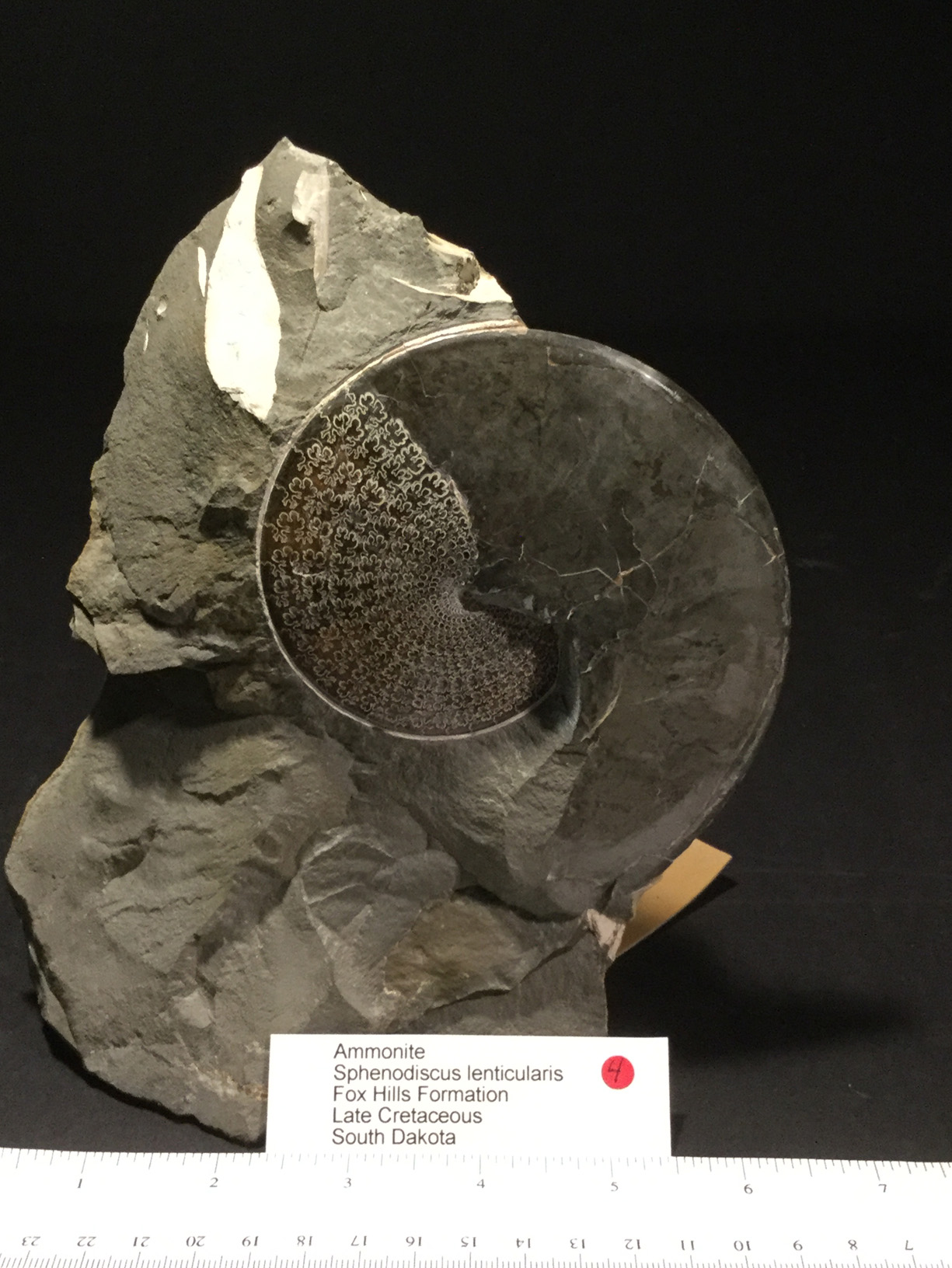 Here is seen an extra fine example of a complete Sphenodiscus. The shell is removed and the living chamber and sutures are visible in spectacular detail. The specimen is prepared in its original matrix. The ammonite is 4.5 inches. This is a really fine display piece.
Sphenodiscus is an extinct genus of acanthoceratacean ammonite. The genus has been found from many continents and is thought to have had a large global distribution during the Maastrichtian stage of the Late Cretaceous. It was one of the last ammonoids to have evolved before the entire subclass became extinct at the end of the period during the Cretaceous-Paleogene extinction event. The shell of Sphenodiscus was streamlined and lateromedially compressed with overlapping whorls and a small umbilicus. The ventral edge of the shell tends to be sharply angled. The outer surface is generally smooth in fossil specimens, although certain species at different stages of ontogenic development may possess many small tubercles along their surfaces. Sphenodiscus had a complex suture pattern with many small branching lobes and saddles.
The Trail City Member of the Fox Hills Formation is a light-grey clayey silt that forms the lower 65 - 210 feet of the formation in the type area. It contains several limestone concretion zones with a rich ammonite and pelecypod faua.

$475
Purchase
UK Ammonite Sphenodiscus has been added to your cart.
Continue Shopping Checkout Now
© fossilAvenue.com
HOME
ABOUT US
PRODUCT CATALOG
CONTACT US