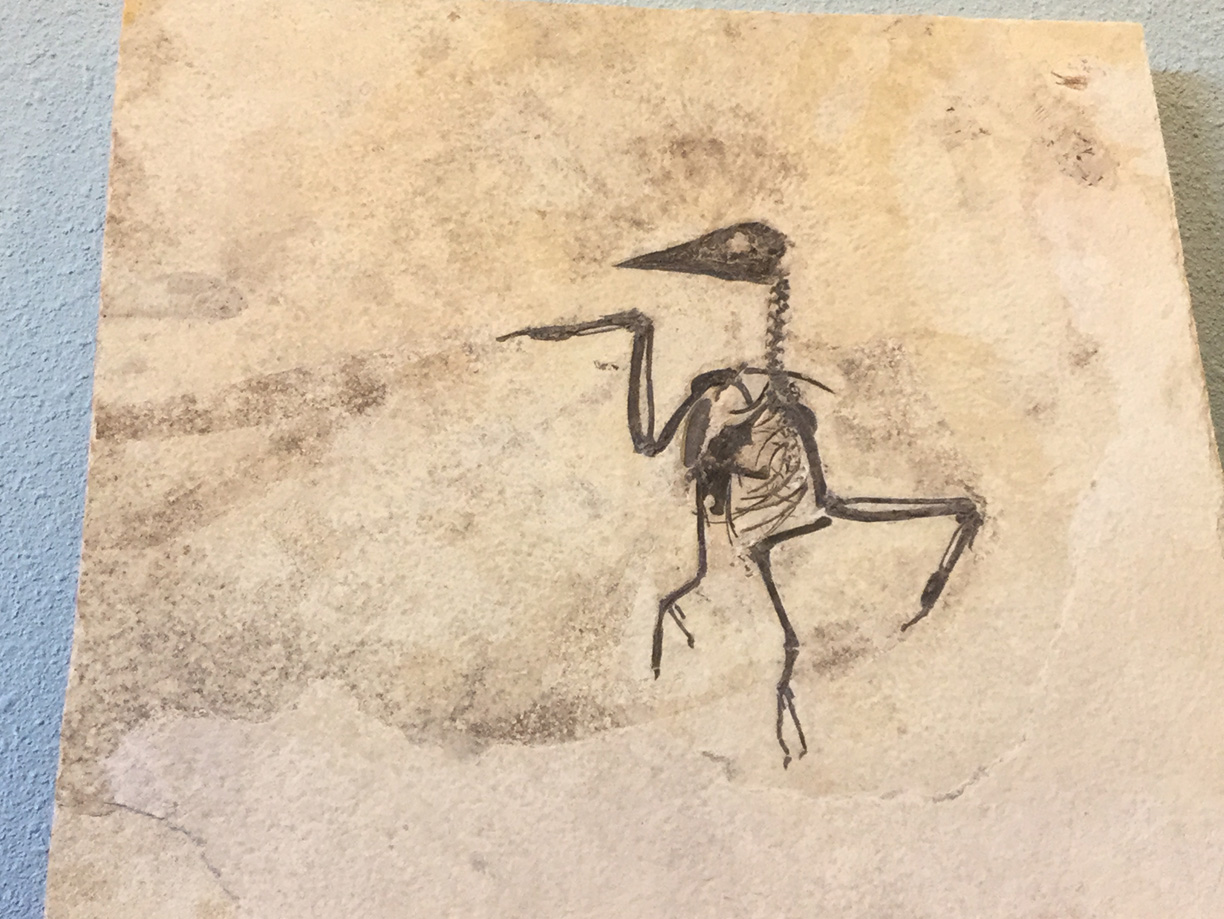 Price is negotiable.
This specimen is a premier example of a very rare complete bird fossil. Fossil birds are one of the most sought after vertebrate fossils from the Green River beds. This specimen has an excellent "pose". There are clearly visible remains of feathers which is a rare occurrence in the Green River. This example is from the 18 inch layer and has excellent preservation. The original specimen was discovered as a "split" from the 18 inch layer. There were two halves (part and counter-part) Most of the skull bone adhered to one half and most of the post-cranial skeleton adhered to the other half. The specimen seen here has most of the post-cranial bones present. The missing bone impressions are colored. There has been no 3D restoration. The skull is represented by a portion of the beak.

Pseudocryturus belongs to an extinct family of Palaeognathae birds known as Lithornithiformes. They are referred to as tinamou-like birds and have distinctive palate morphology. They are related to the ostrich, kiwi, and emu. The earliest Lithornithiformes are found in the Late Paleocene but appear to become extinct by the late Middle Eocene. This species may have inhabited the shorelines of the Green River lakes and probed mud flats for insects and crustaceans. It has a wing structure that, unlike living tinamous, was probably capable of sustained flight. The foot morphology also indicates that Pseudocryturus was able to perch.