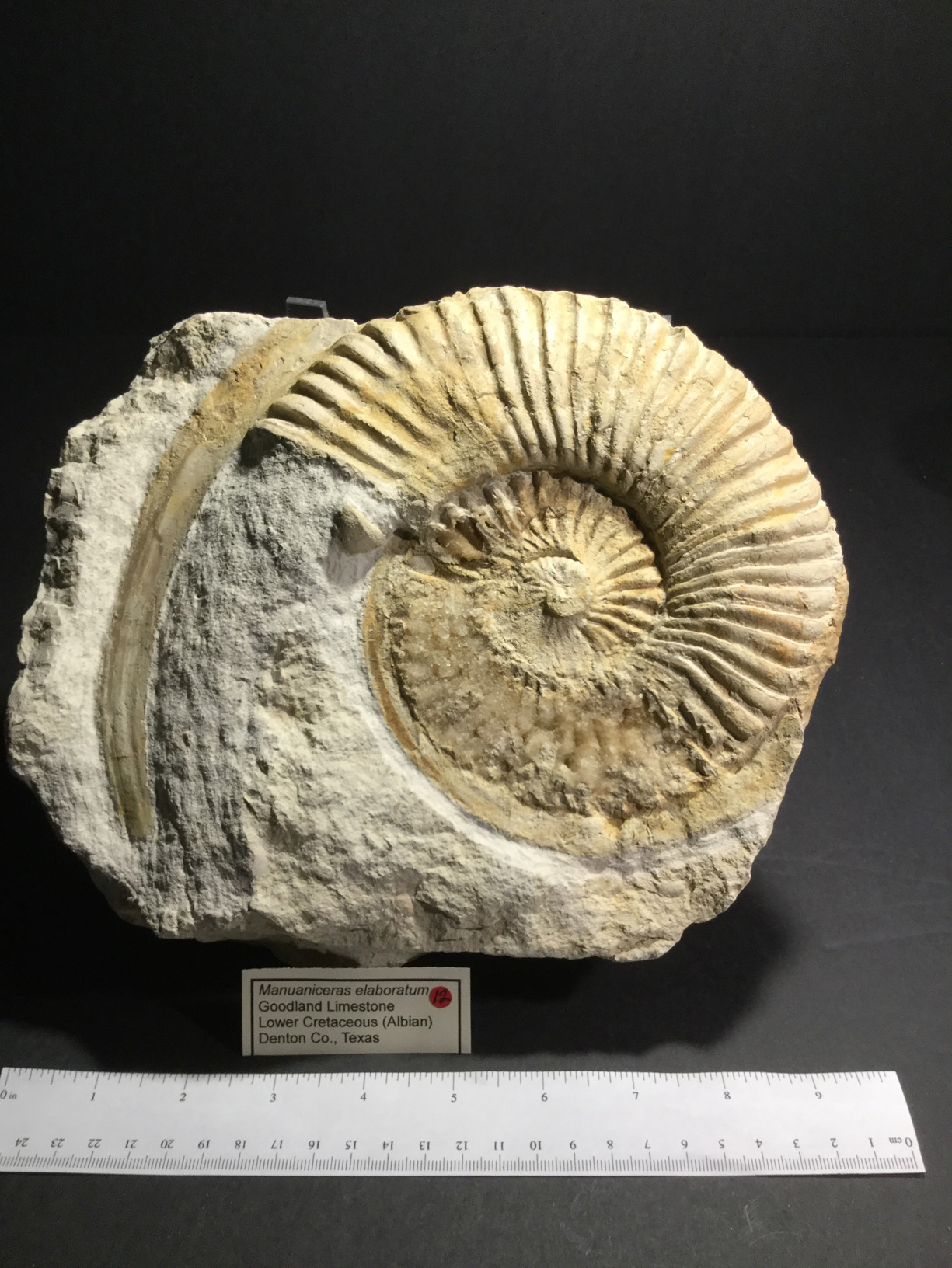 LK Ammonite Manuaniceras
Manuaniceras elaboratum
Goodland Limestone
Lower Cretaceous (Albian)
Denton County, Texas
This incredible ammonite from the Goodland Limestone in Denton County, Texas is prepared in the original limestone matrix. Most examples of these ammonites are found free of matrix and consequently the rostrum and keel is rarely if ever seen preserved. This specimen has a magnificent 5 inch rostrum. Also present is a significant portion of the preserved keel. A portion of the ammonite is crushed and replaced with crystalline calcite. There is no restoration. This is a 1 in a thousand specimen because of the preserved features that are seldom seen in other specimens.

This limestone formation named after the village of Goodland in southern Oklahoma, starting with thickness of about twenty feet, at the Red River, increases rapidly in thickness to the southwest ; at the same time the upper portion becomes hard and indurated, the lower soft and marly and south of the Brazos is considered as two formations. The upper or hard portion, south of the Brazos, is called Edwards; the lower softer portion is called Comanche Peak. The Goodland formation is highly fossiliferous and in certain parts of the western part of Tarrant County is a Mecca for fossil collectors. In Denton County most of the exposures of the Goodland are in rather inaccessible parts of the western and northwestern part of the county, although well worth visiting by any one in search of fossils.
$250
Purchase
LK Ammonite Manuaniceras has been added to your cart.
Continue Shopping Checkout Now
© fossilAvenue.com
HOME
ABOUT US
PRODUCT CATALOG
CONTACT US