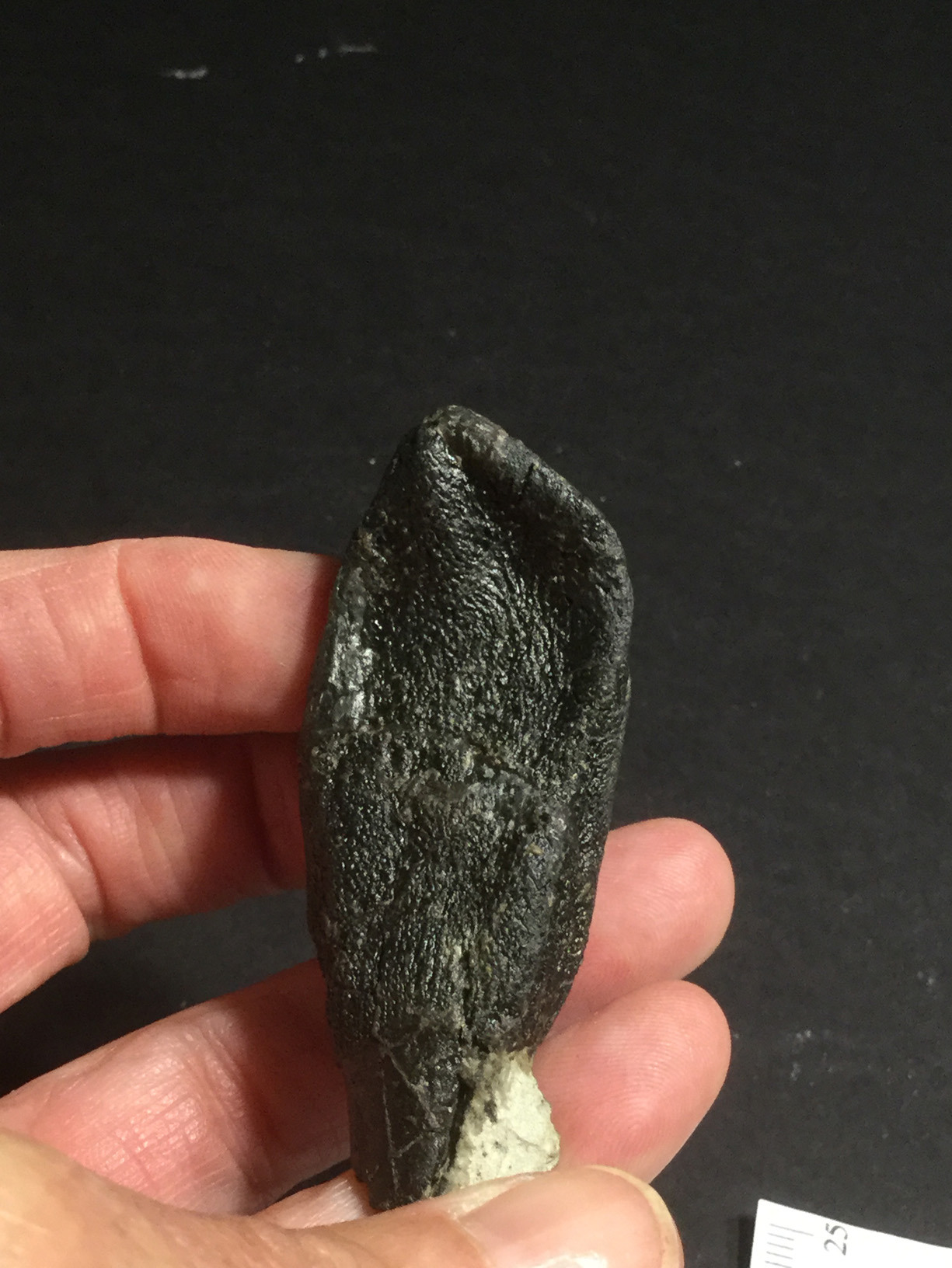 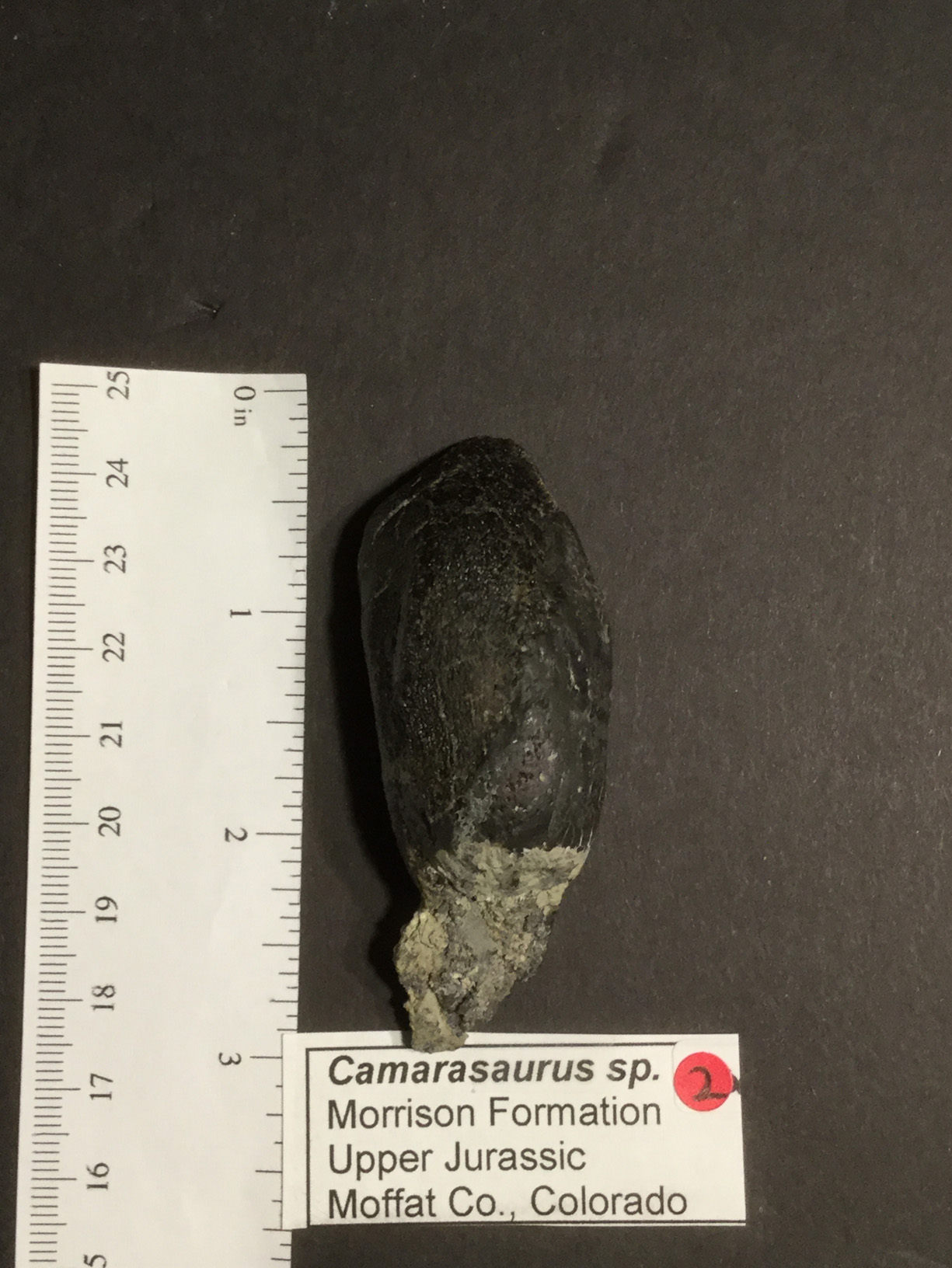 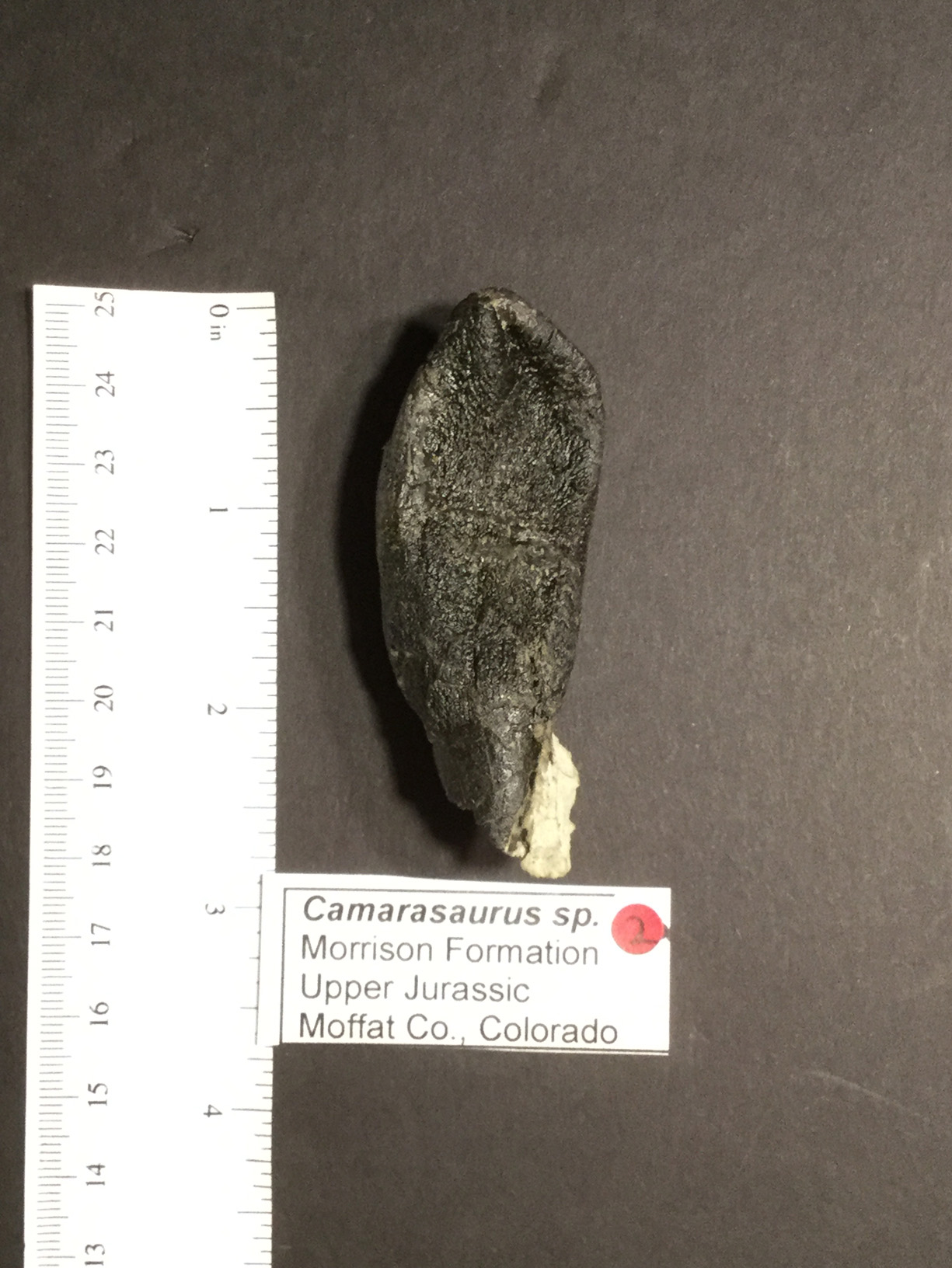 The Camarasaurus tooth shown here is a first-rate example of the genus. It is 2 3/4" long and shows the transition from enamel to root. the tooth shows no ware and probably represents an unerupted tooth. There is minor restoration and small fractures are filled and restored.
Camarasaurus was a genus of quadrupedal, herbivorous dinosaurs. It was the most common of the giant sauropods to be found in North America. Its fossil remains have been found in the Morrison Formation of Colorado and Utah, dating to the Late Jurassic epoch (Kimmeridgian to Tithonian stages), between 155 and 145 million years ago. Camarasaurus presented a distinctive cranial profile of a blunt snout and an arched skull that was remarkably square. It likely travelled in herds, or at least in family groups. The name means "chambered lizard", referring to the hollow chambers in its vertebrae.

$1400
Purchase
Jurassic Morrison Camarasaurus Tooth has been added to your cart.
Continue Shopping Checkout Now
© fossilAvenue.com
HOME
ABOUT US
PRODUCT CATALOG
CONTACT US