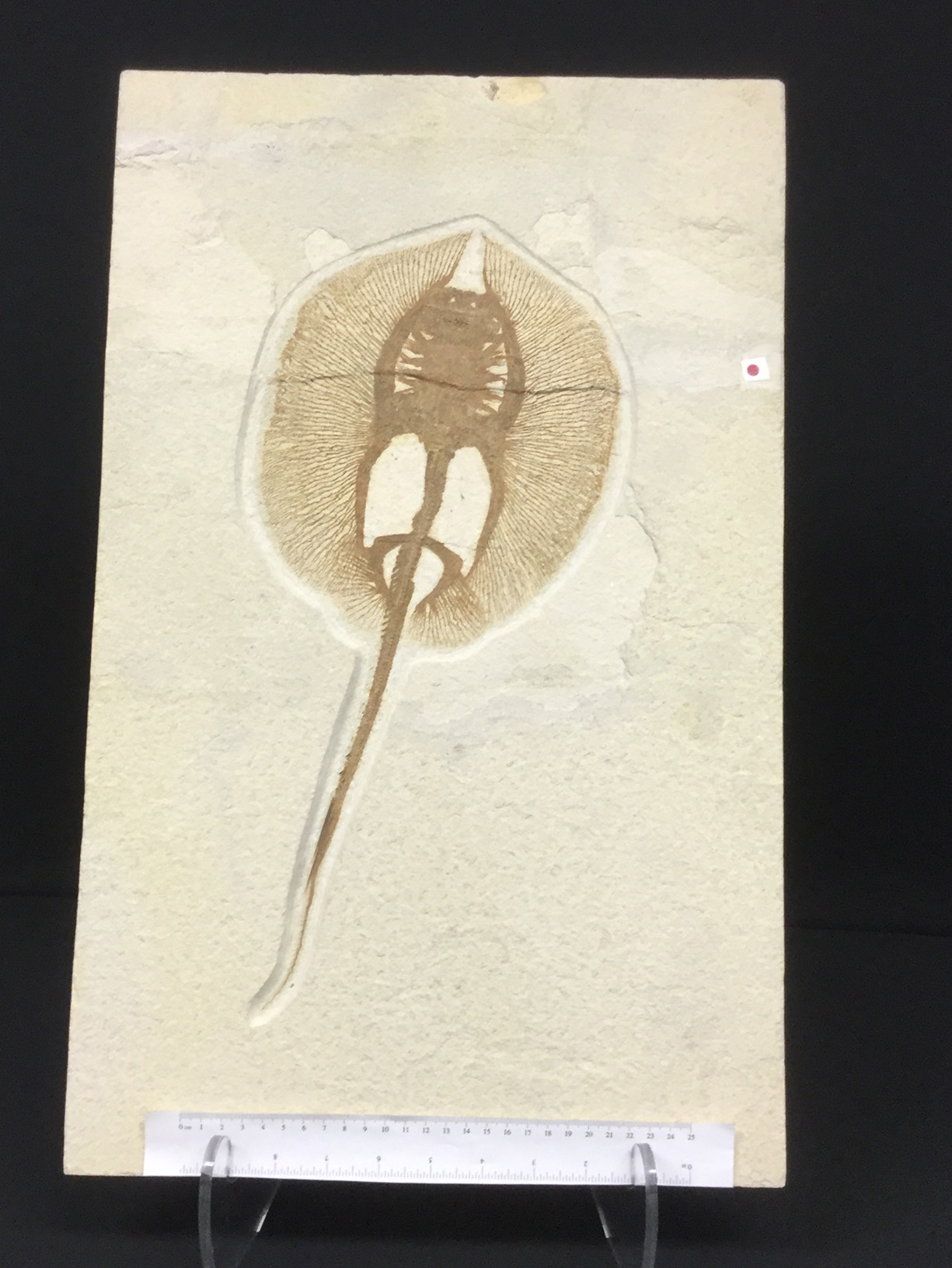 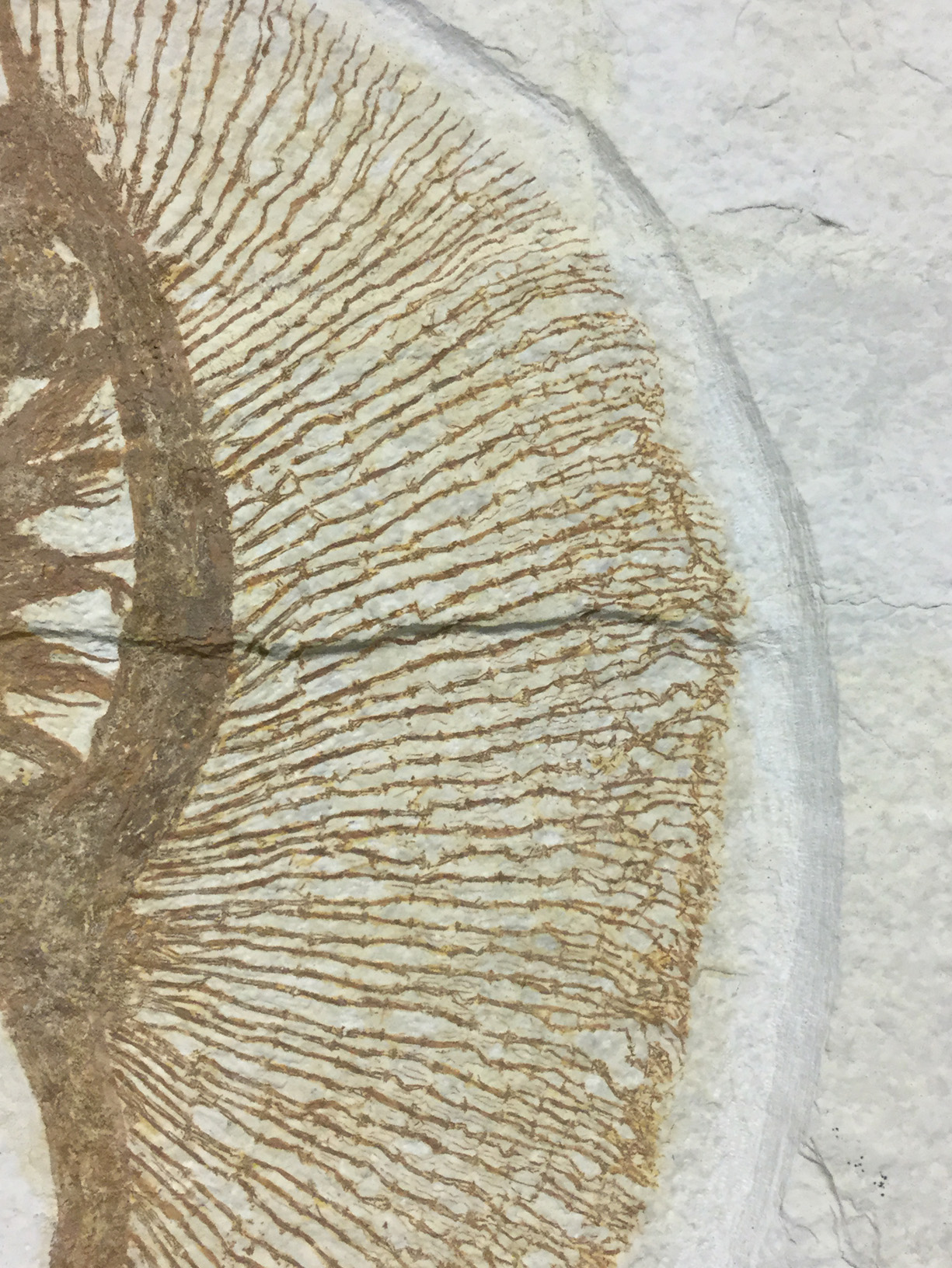 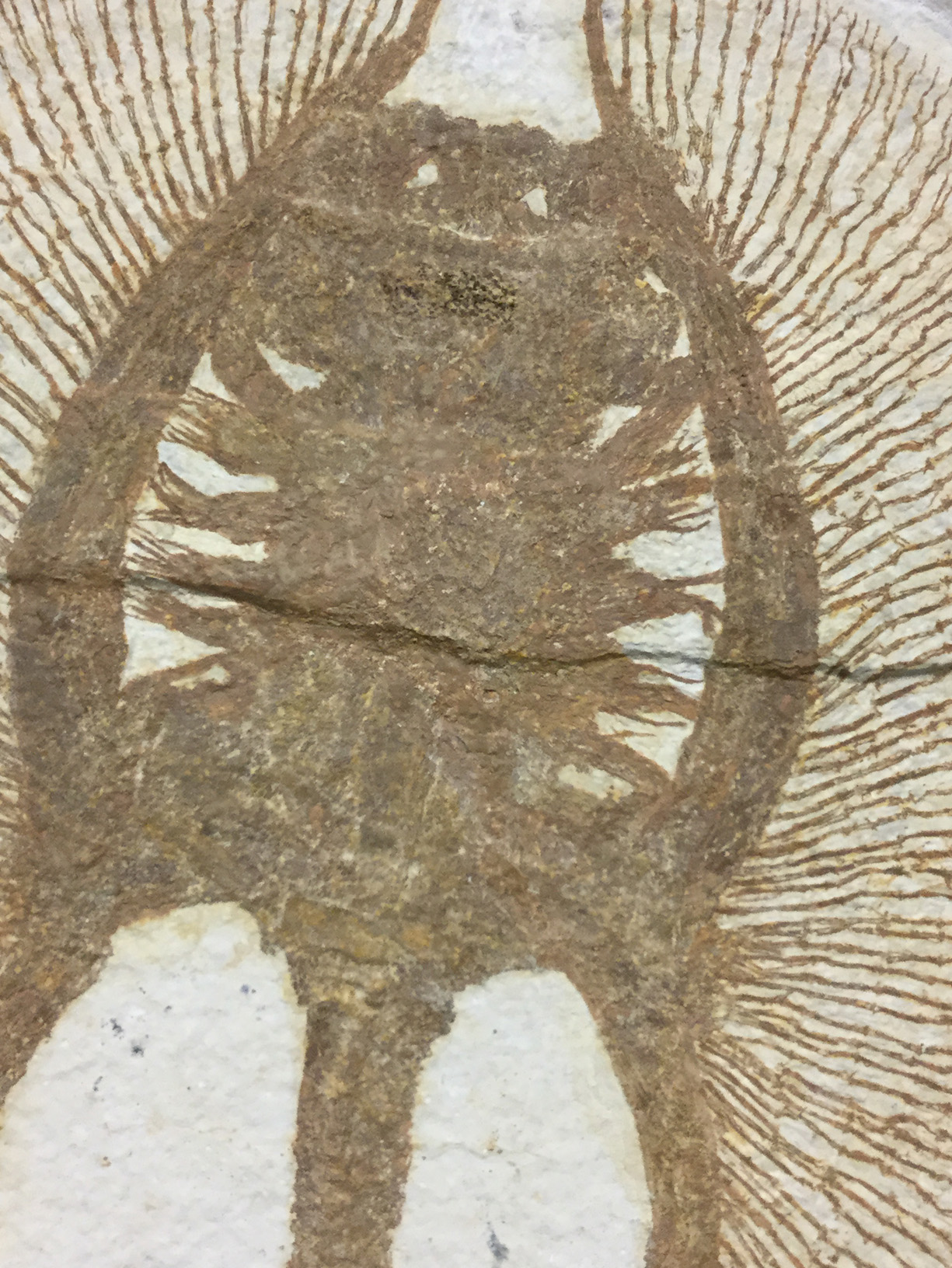 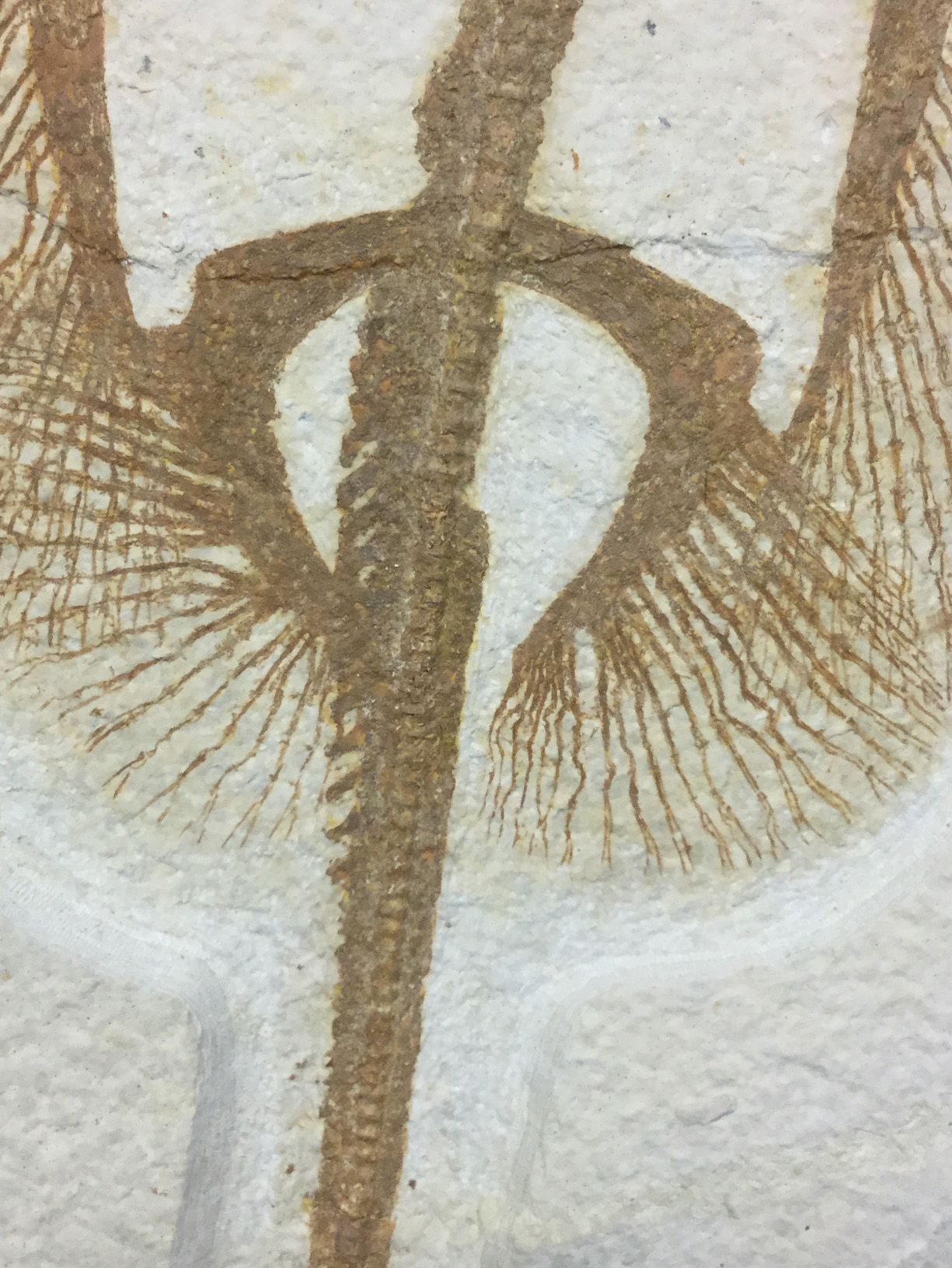 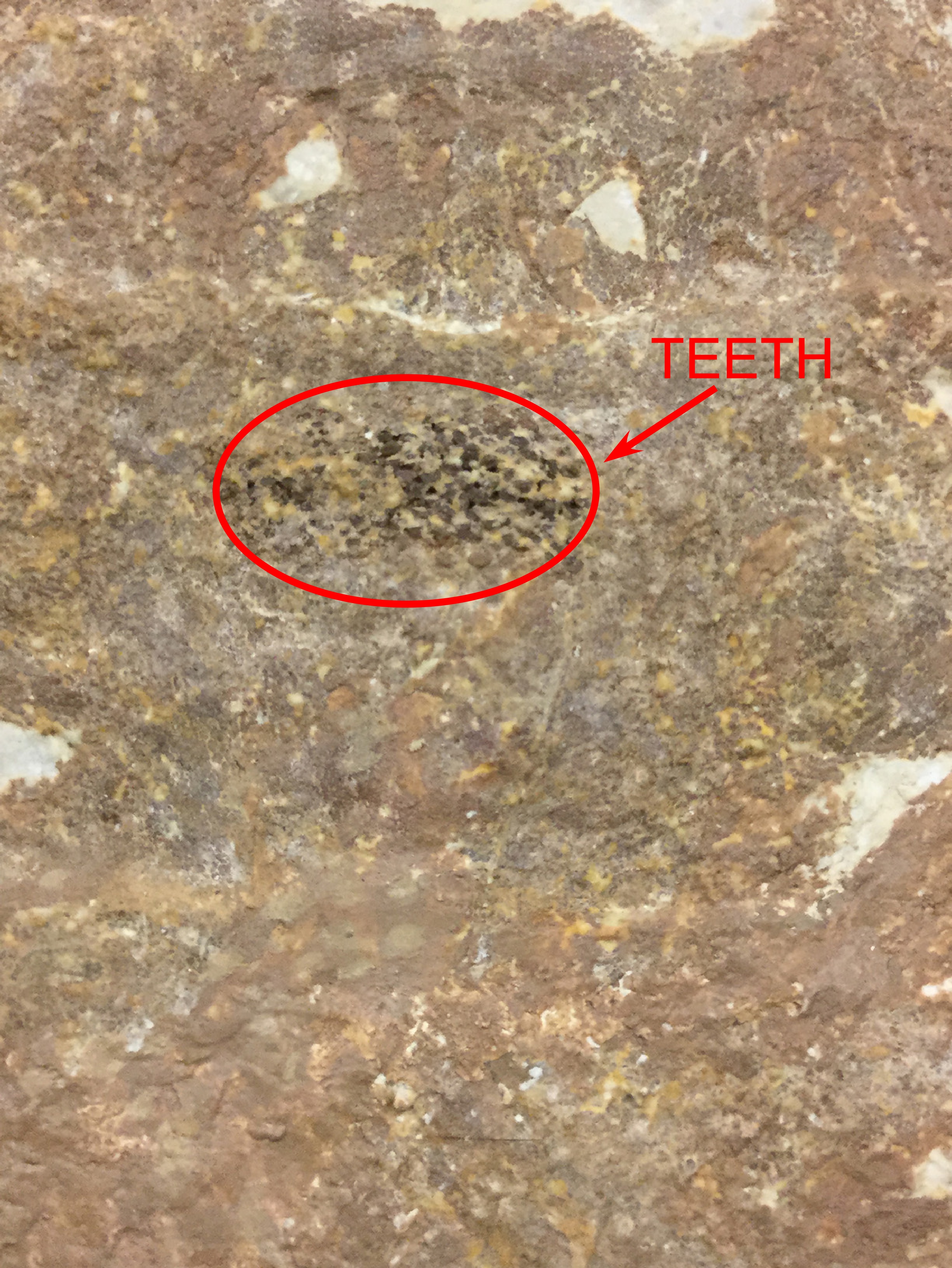 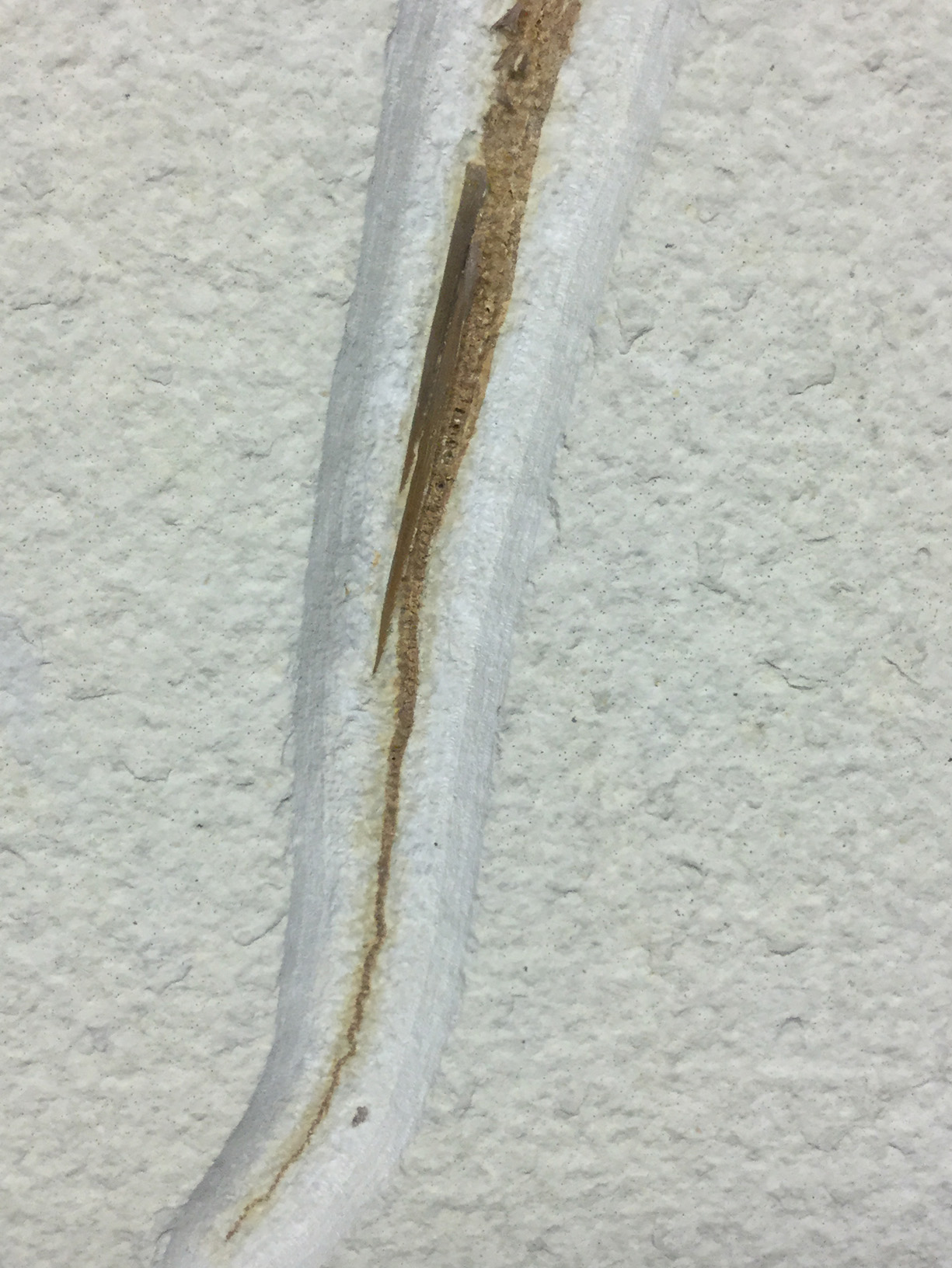 This is an outstanding example of the species from the Fossil Butte Member of the Green River Formation. The stingray is 15.7 inches long. This specimen has excellent preservation and detail for this locality. This is a beautifully preserved example and many details are excellent including preserved teeth. The specimen is repaired and the only restoration is on the fractures. The slight step in the mid-body is not a fracture but a small crenulation in the rock matrix. This is a female of the species.
Heliobatis ranges from 8 to 90 centimetres (3.1 to 35.4 in) in length, with an average of between 30 and 40 centimetres (12 and 16 in). As in modern stingrays the genders are dimorphic, with males possessing claspers. Heliobatis individuals have up to three modified dermal denticles, forming barbed stingers, on their tails, though individuals are often found with less than three. The genus is considered to have been demersal in nature. As in the modern skate genus Raja the teeth of Heliobatis are small and closely spaced. The teeth are triangular and shaped for feeding on small fish, crustaceans, and mollusks. Heliobatis is notably abundant at the same site on Fossil Lake where the only Green River Formation crayfish, Procambarus primaevus, and prawns Bechleja rostrata are found. The genus has a long tail which is very slender, often missing the tip, sporting small spines along the dorsal midline. The tail provides up to half of the total body length.