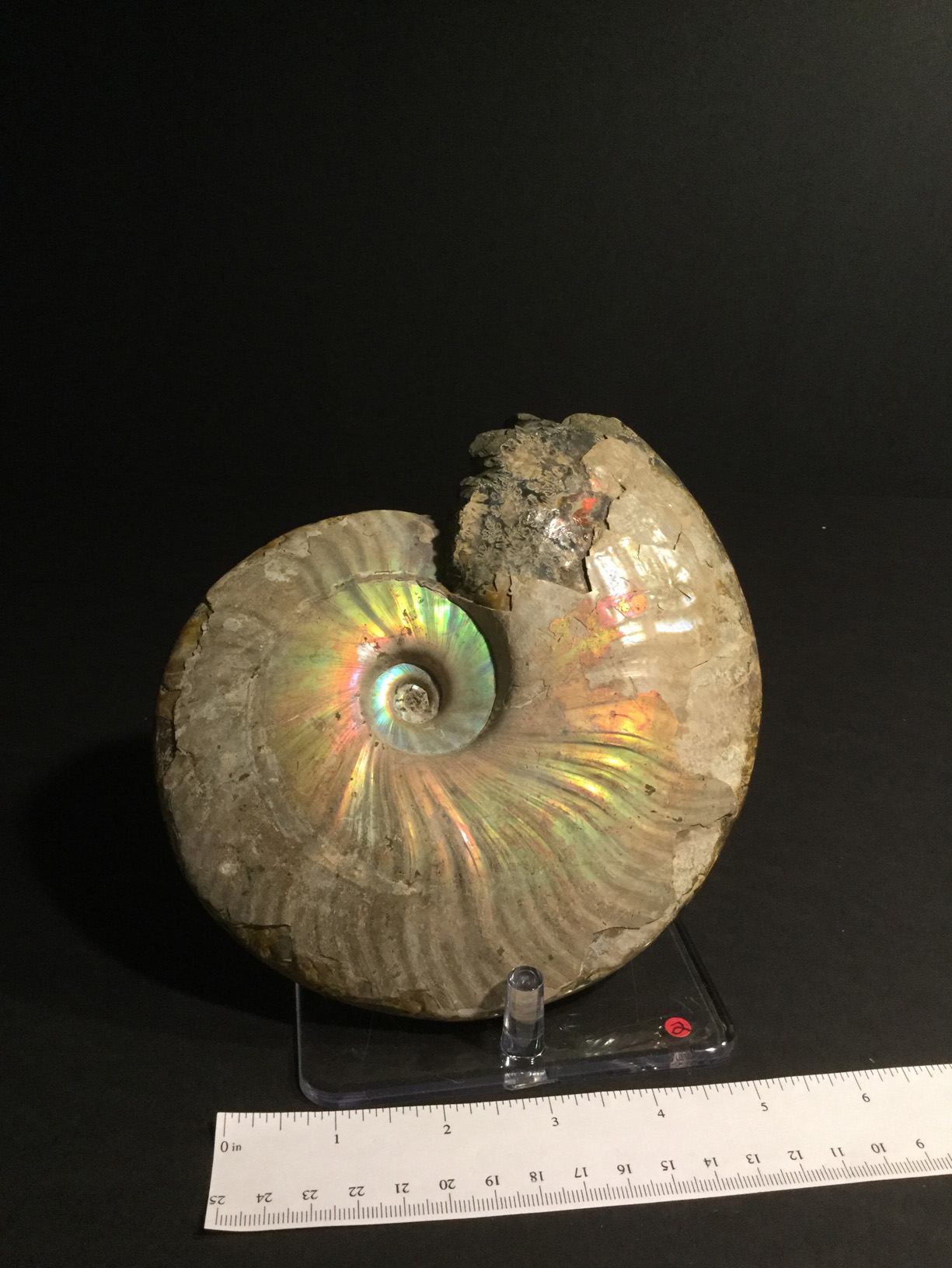 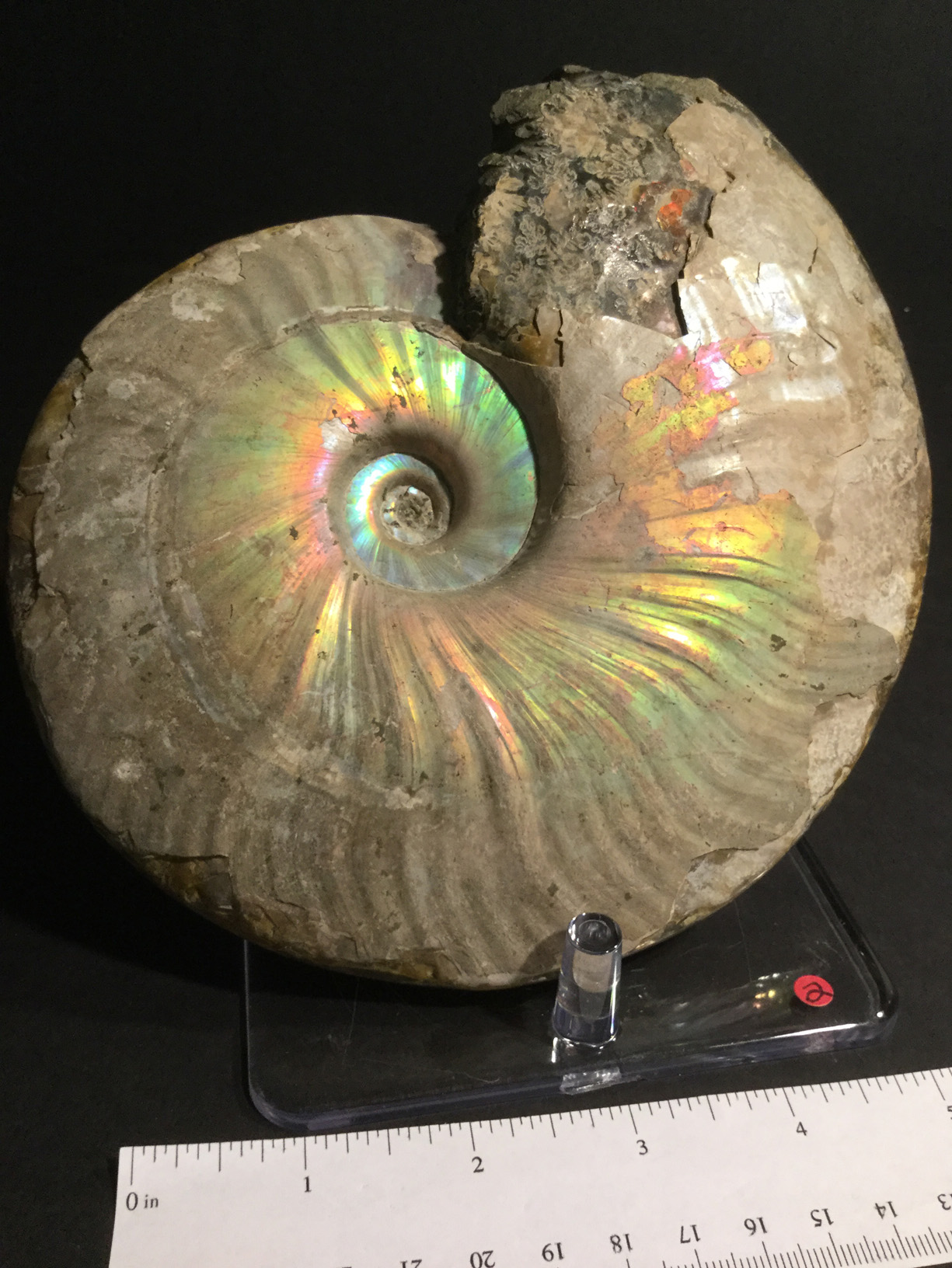 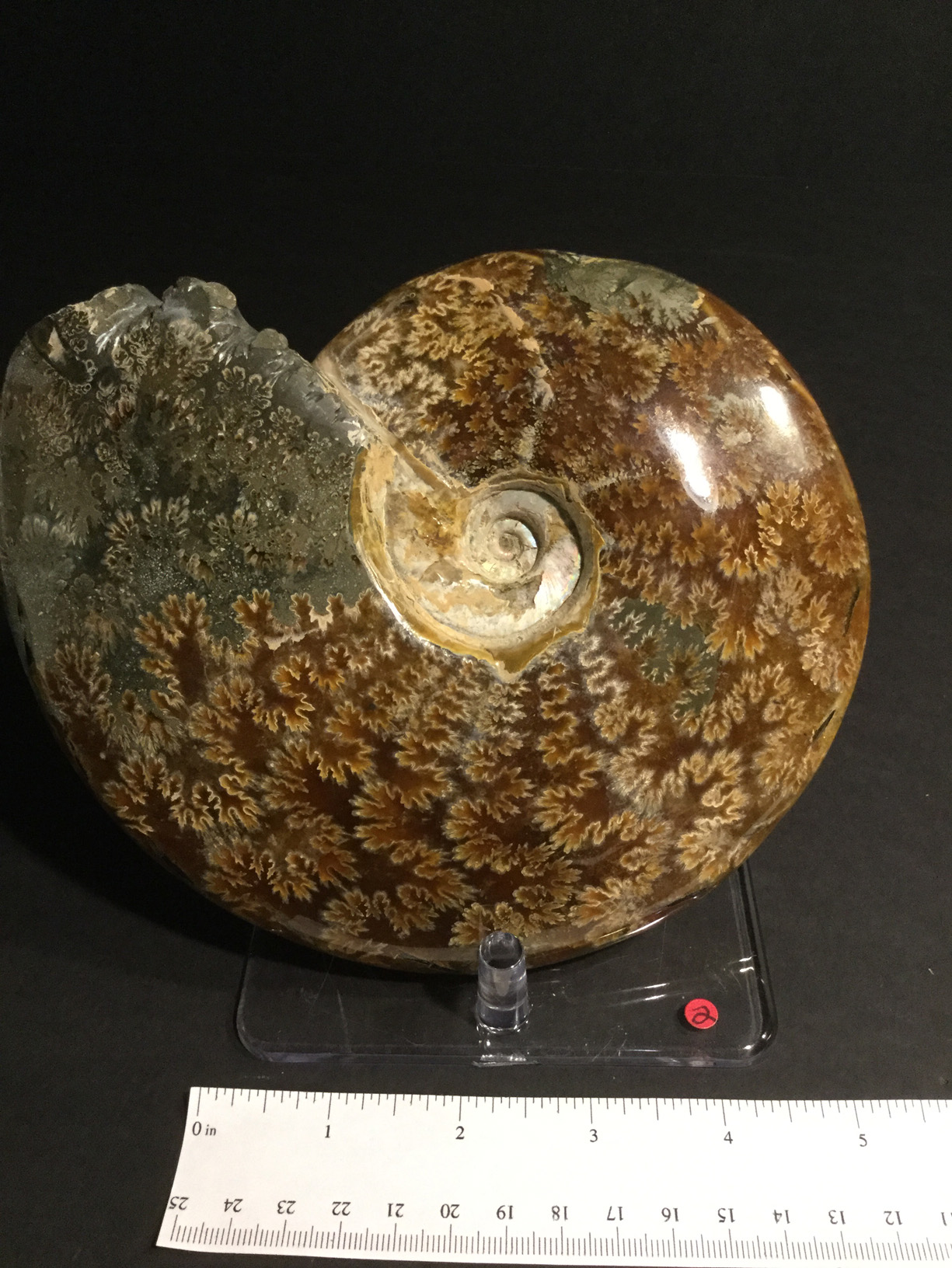 Here is an outstanding example of C. besairiei with the original shell in unprepared condition. It has splendid iridescent color. Most examples from these localities are sanded and polished to such an extent that the original aragonite shell is removed. Some are sanded down and the geometry of the sutures is lost. Careful preparation however can preserve the original iridescent shell as well as the lateral ribbing characteristic of the species. The ammonite is 8 inches across.

These Lower Cretaceous ammonites are quarried commercially in Madagascar. They are found in a hard basal glauconitic sandstone layer known as the Cleoniceras Zone.