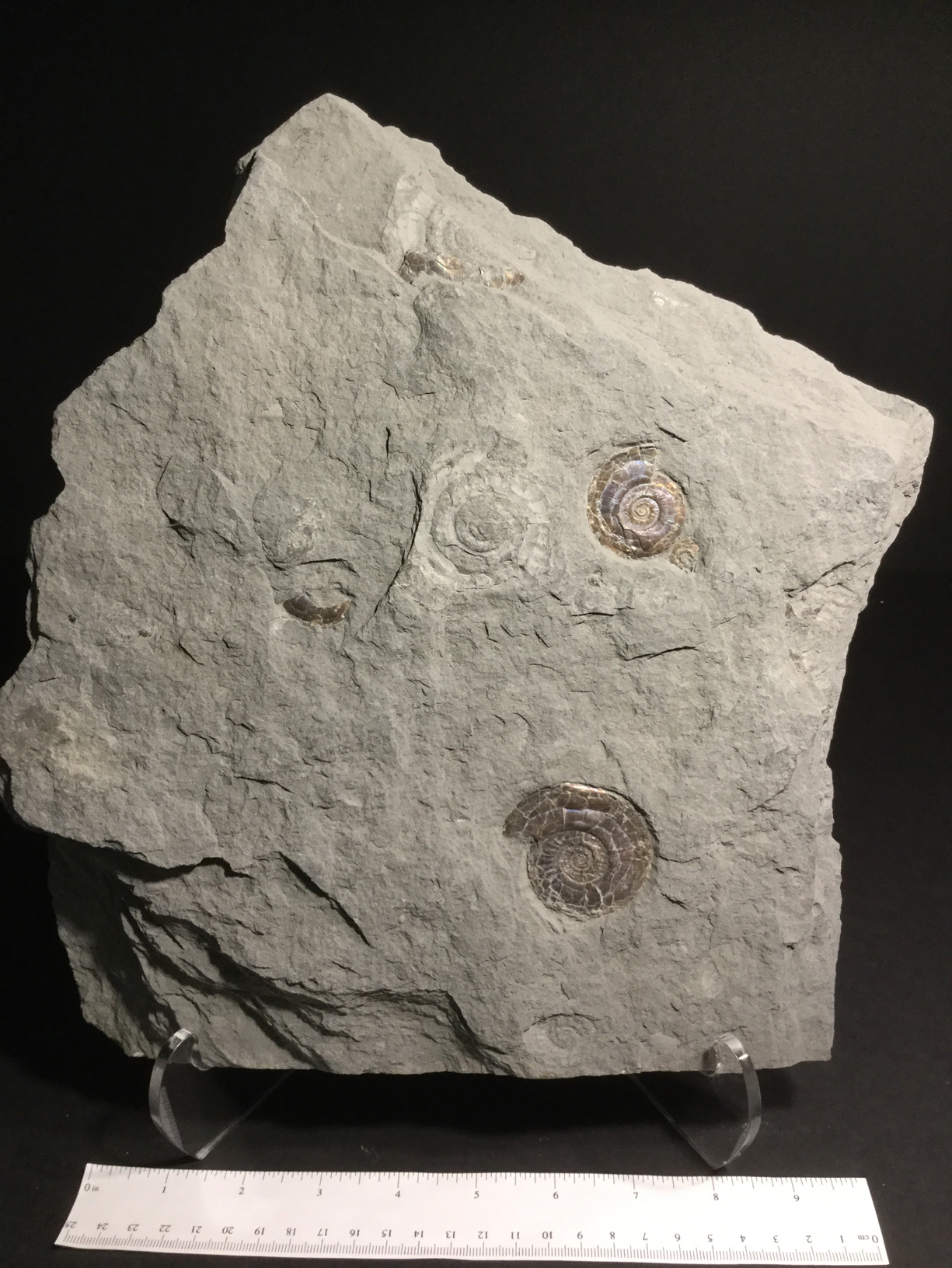 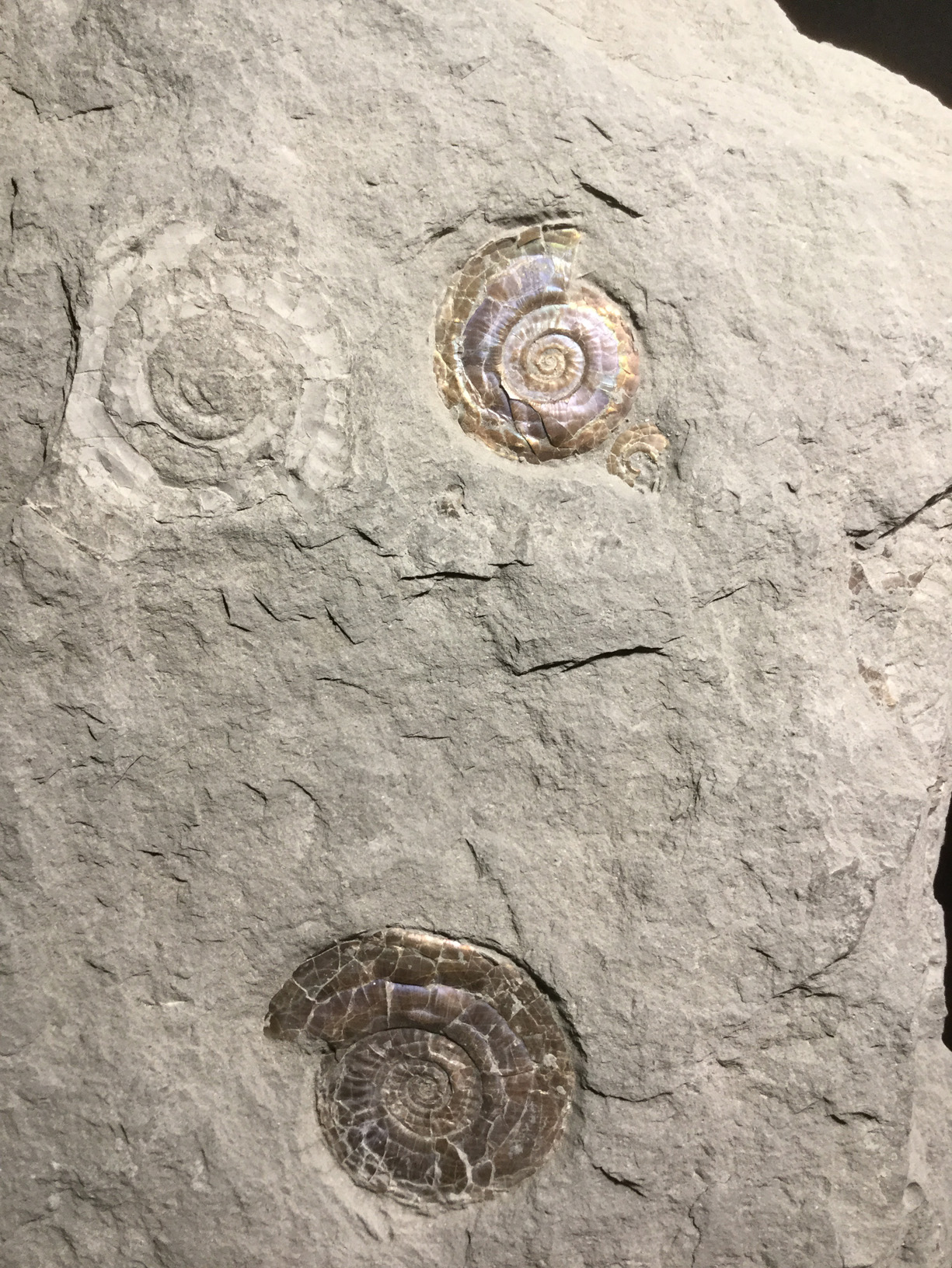 Here is a vivid example of beautiful ammonite iridescent shell from the UK. This ammonite is preserved in gray Jurassic shale. This plate contains two nice examples with fragments of several others. The slab is 11.5 by 9.5 inches.
These thin-walled ammonites are crushed, as are most of the ammonites found in this locality. Flattening of the specimen has increased the area of iridescence of the shell, which is composed of alternating layers of aragonite and conchiolin or the minerals that have replaced them during fossilization. These not only transmit light but also diffract it, acting as a Rowland prism to divide light into its component parts while reinforcing certain wave lengths, in this case spectacular greens (and even some turquoise), much as the prisms do in satellites that study the chemical composition of the stars.
The Blue Lias formation actually starts in the Triassic with several metres of beds above the Lilstock Formation of the Penarth Group. From here it runs through the Hettangian Stage of the Jurassic, and into the Semicostatum Zone of the Sinemurian Stage where the cycles of limestone and shale gradually change into the predominantly mudstone lithology of the Charmouth Mudstone Formation. These zones are based on ammonite species, and these can further be broken down into subzones, but that's a level of detail not required here. It is, however, useful to state the relevant zones to give some context for the next few paragraphs. Within the Hettangian Stage, and starting with the oldest, the zones are Planorbis, Liasicus and Angulata. In the base of the Sinemurian Stage they are Bucklandi and Semicostatum

$65
Purchase
Jurassic Ammonite Psiloceras has been added to your cart.
Continue Shopping Checkout Now
© fossilAvenue.com
HOME
ABOUT US
PRODUCT CATALOG
CONTACT US