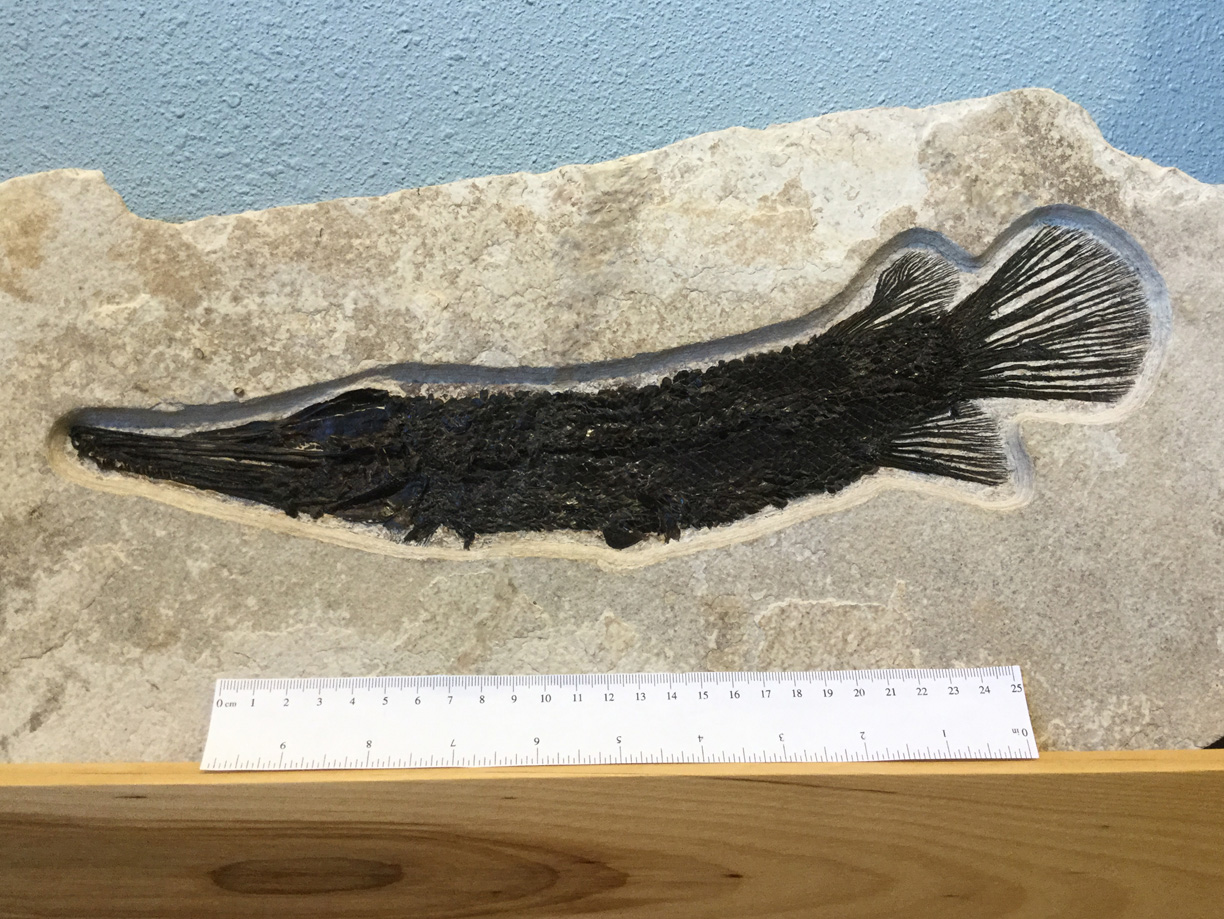 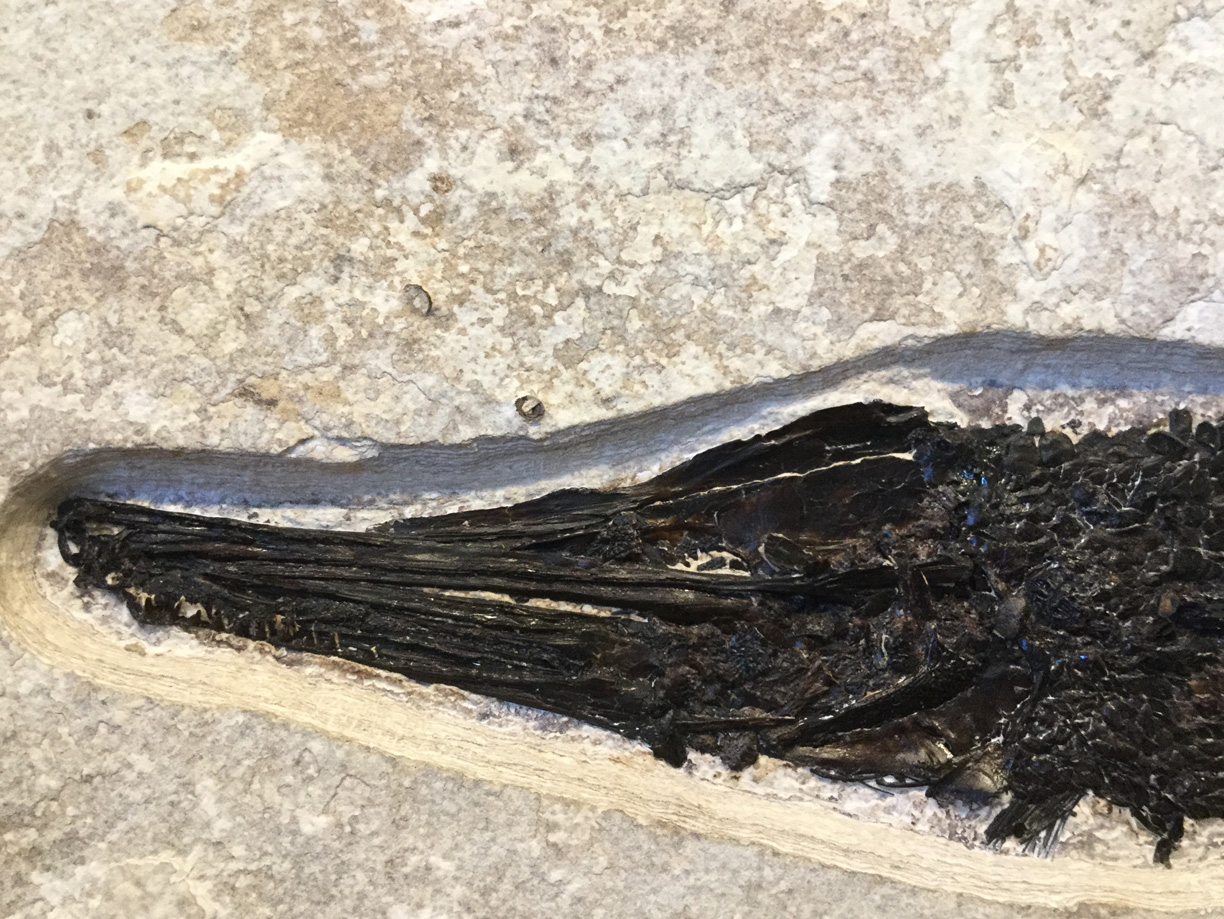 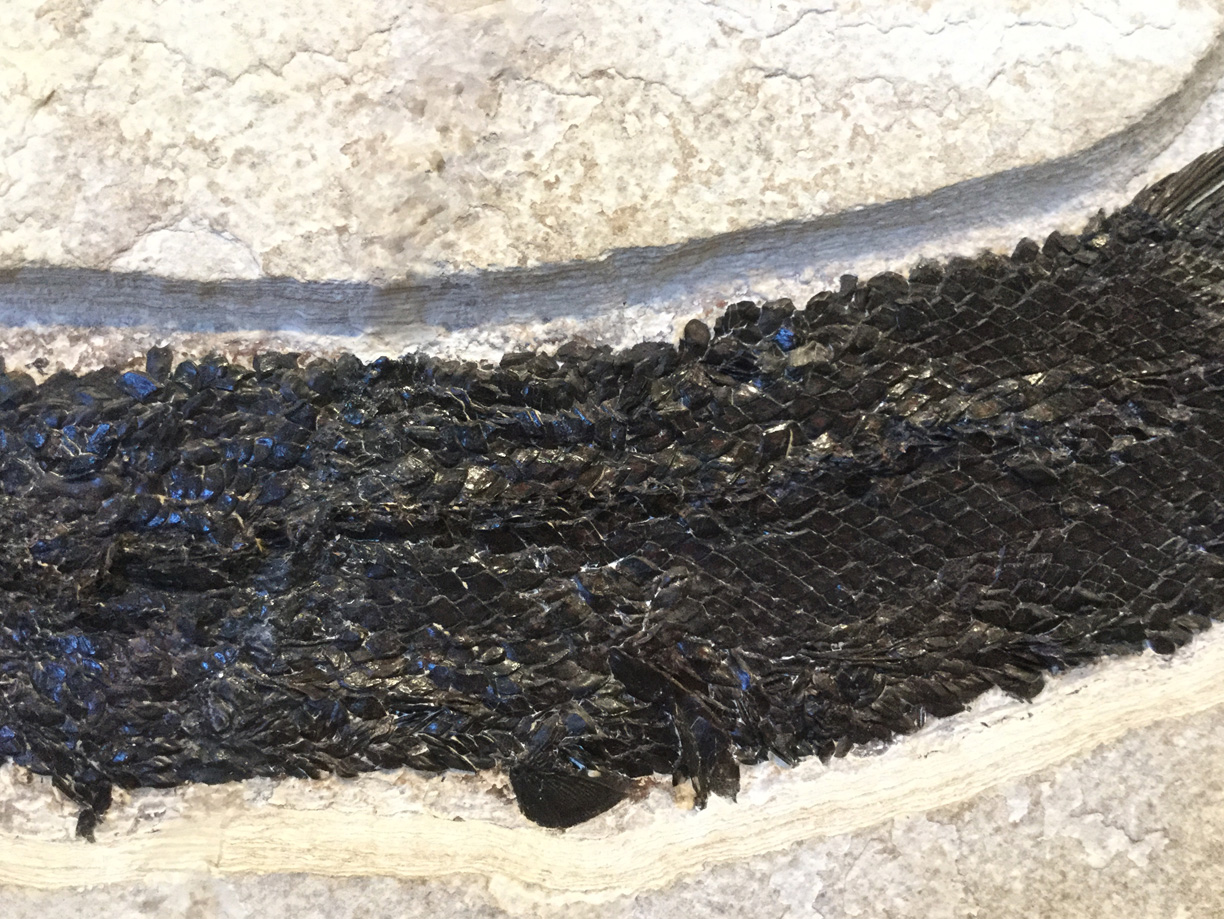 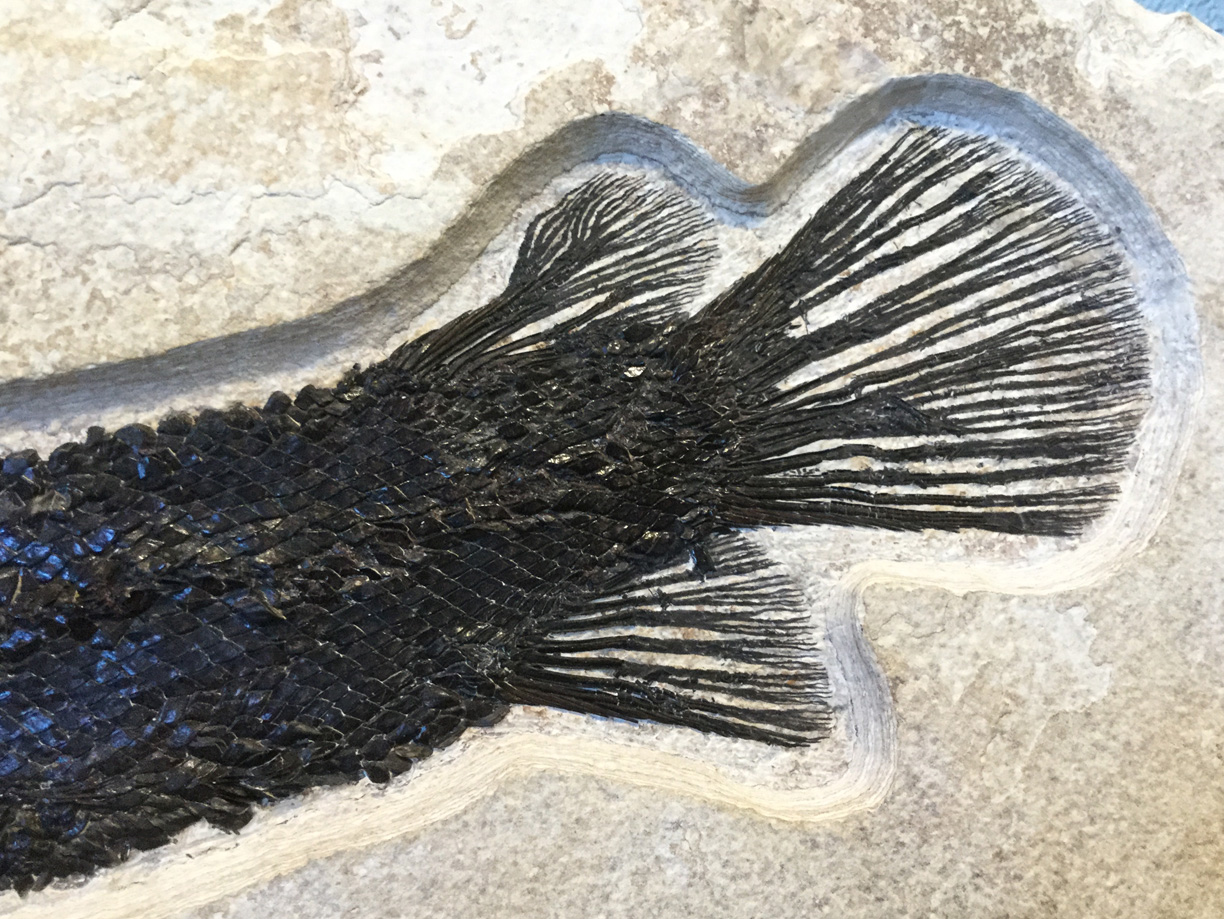 This specimen is unusually small for occurrences within the typical fossil beds of Fossil Lake. The gar is 13.75 inches long and is beautifully preserved. The skull bones, scales and fins are all excellent. The slab is repaired on a single fracture and the only restoration is along that repair. The overall dimension of the slab is approximately 20 by 10 inches. The slab is backed by a piece of hardwood plywood.
Atractosteus atrox is usually only found in the Green River Formation as large individuals that range in size from 63 to 81 inches in total length. Smaller members of the species probably inhabited the tributaries of the fossil lake. The snout sports jaws lined with sharp pointed teeth and it has 12 tail-fin rays. The scales of A. atrox are more ornamented and it has more lateral-line scales, than other gars from the Green River Formation. This species is also rarer than other gars in the formation.