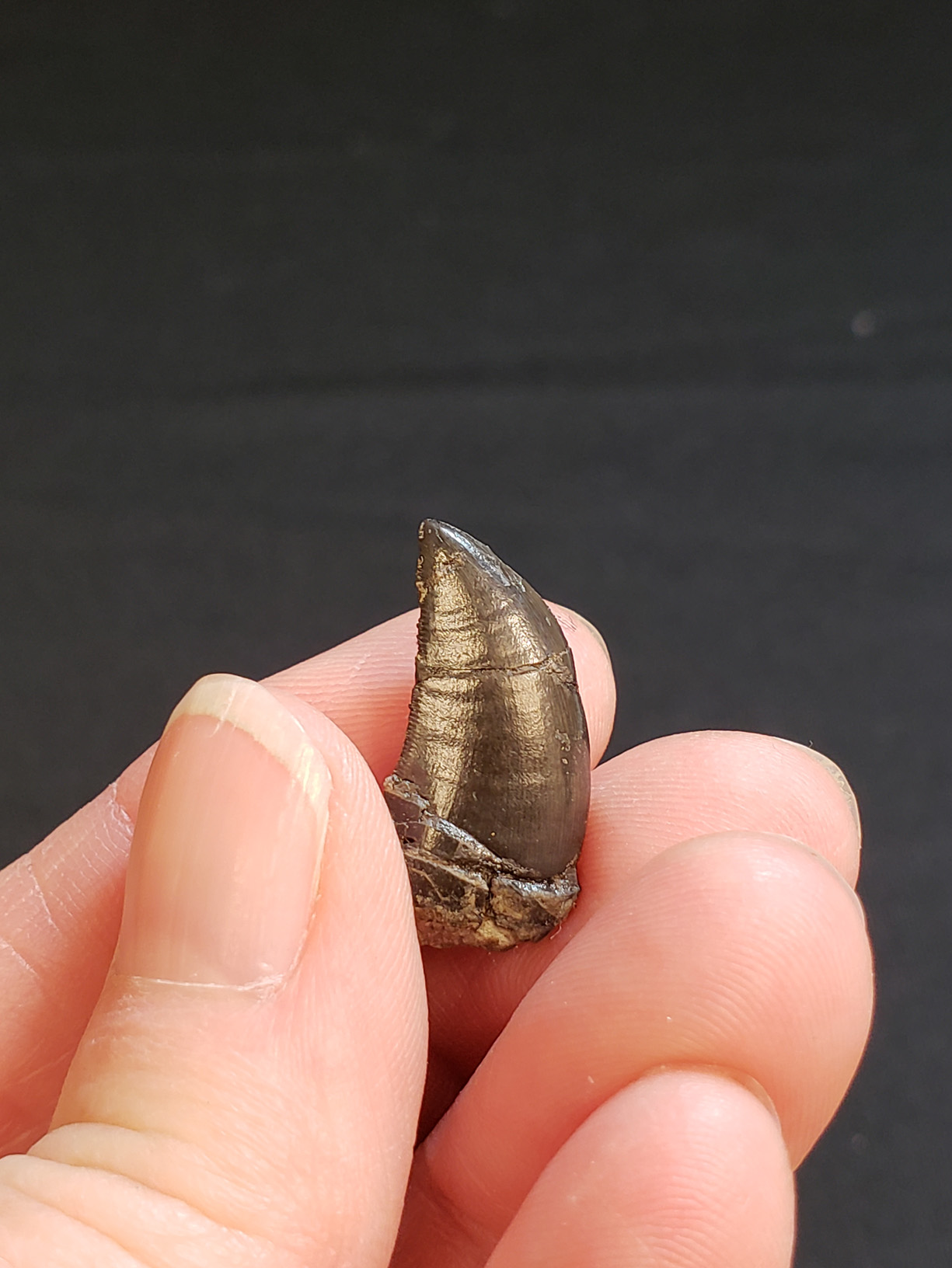 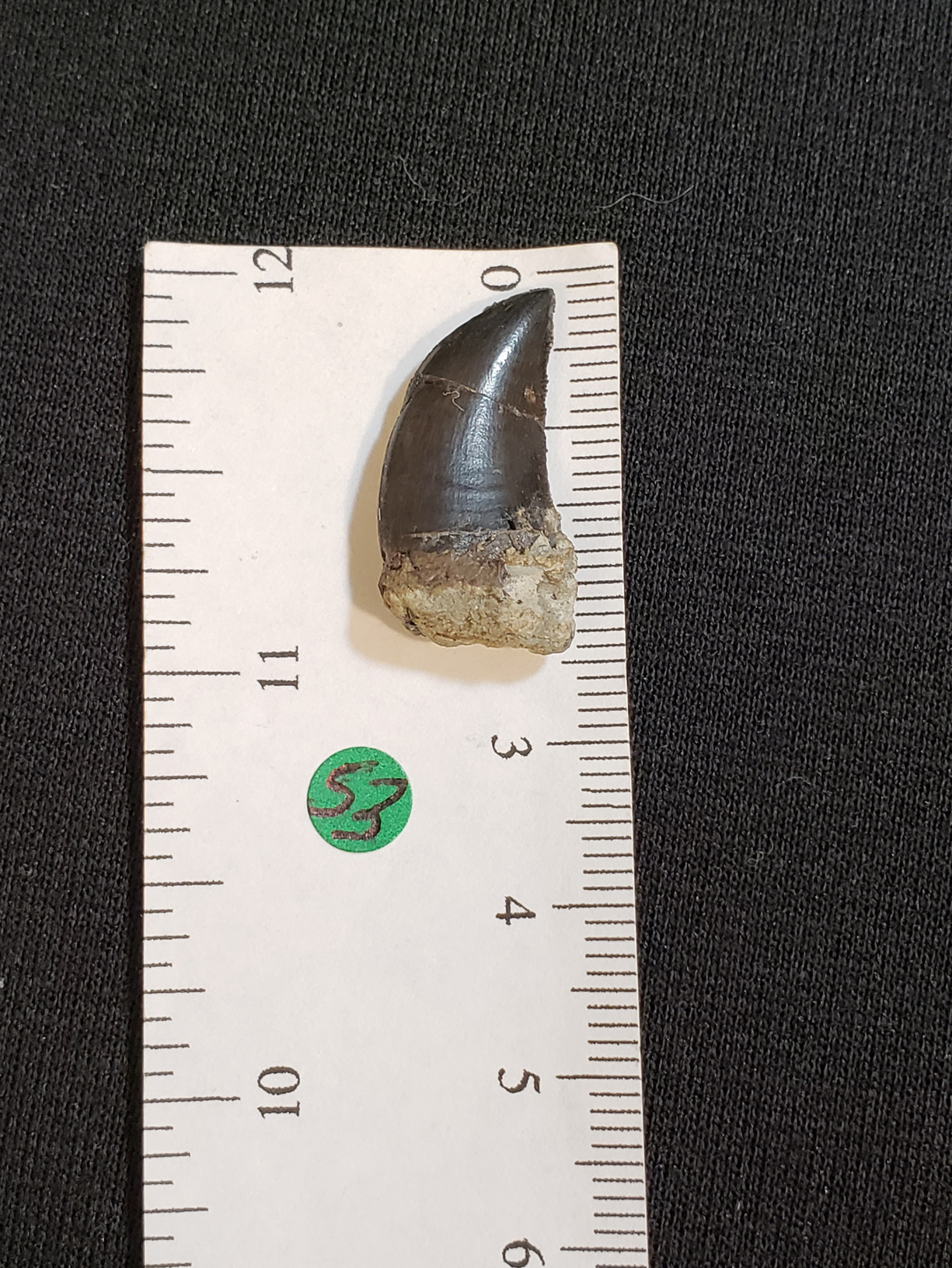 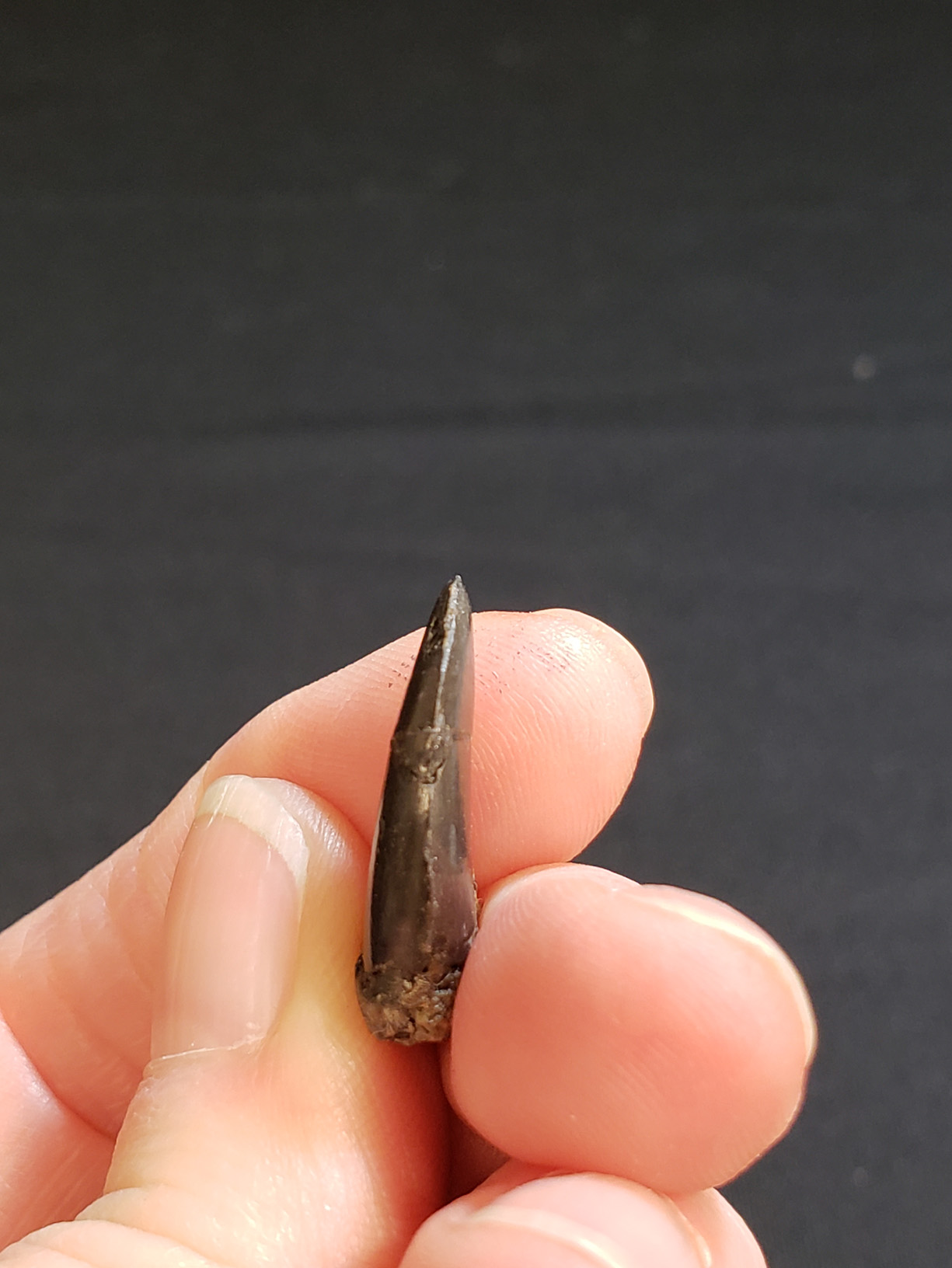 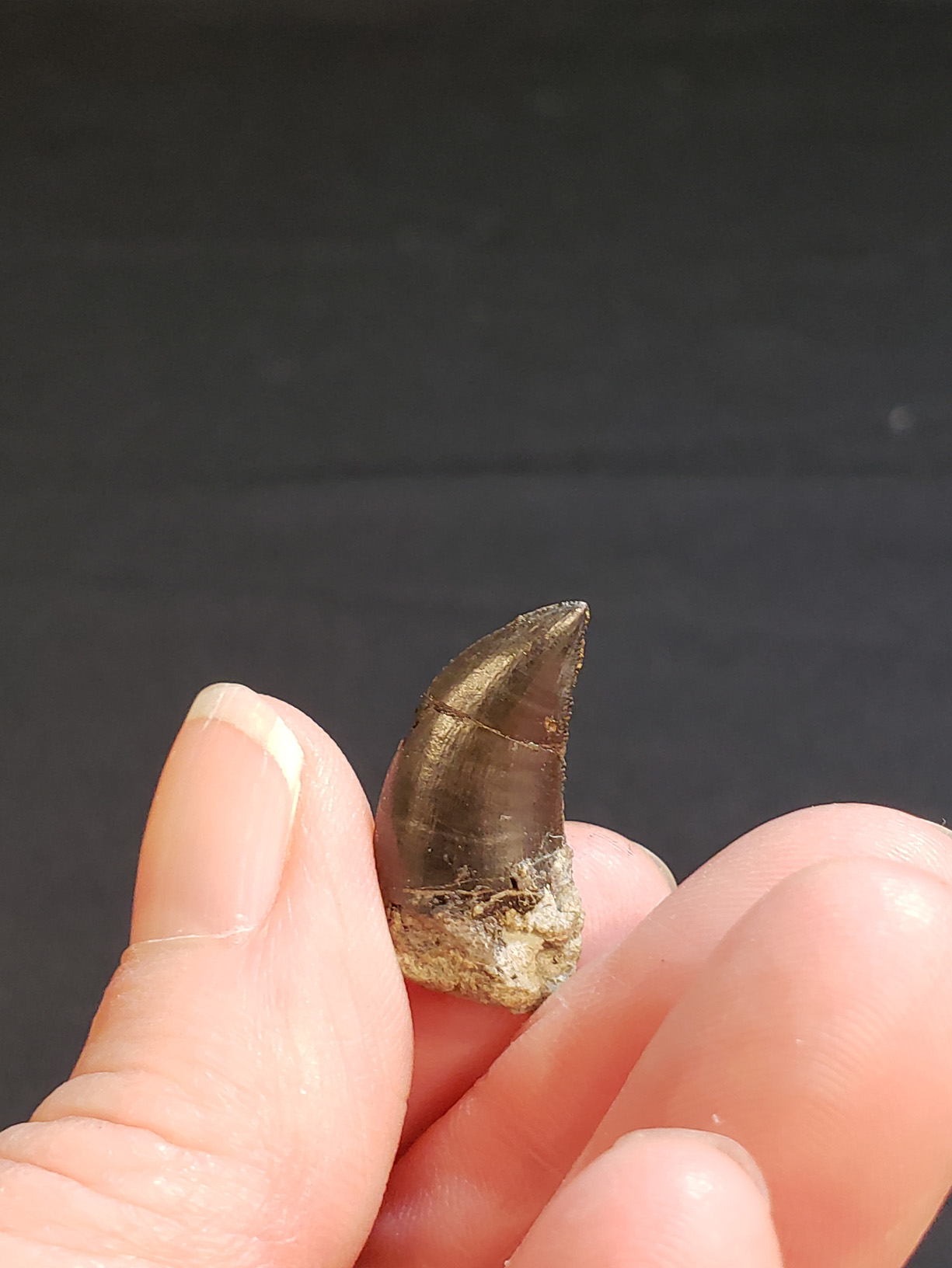 This specimen is a very nice example of a raptor tooth that is 2.2 cm long. The serrations have very good detail. On the anterior keel the serrations only extend about one-third of the distance from tip to base. There is only very minor restoration of hair-line natural fractures.