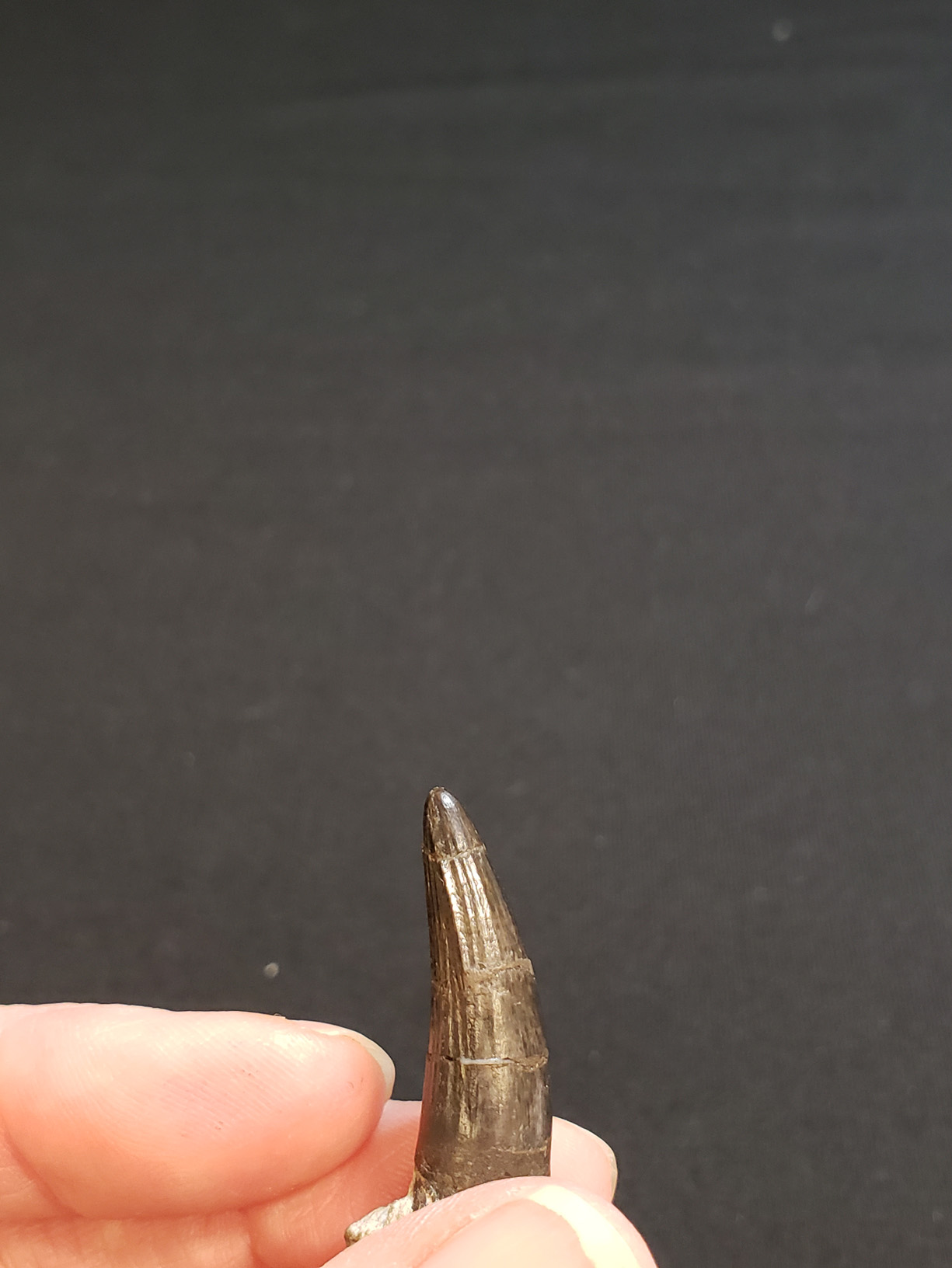 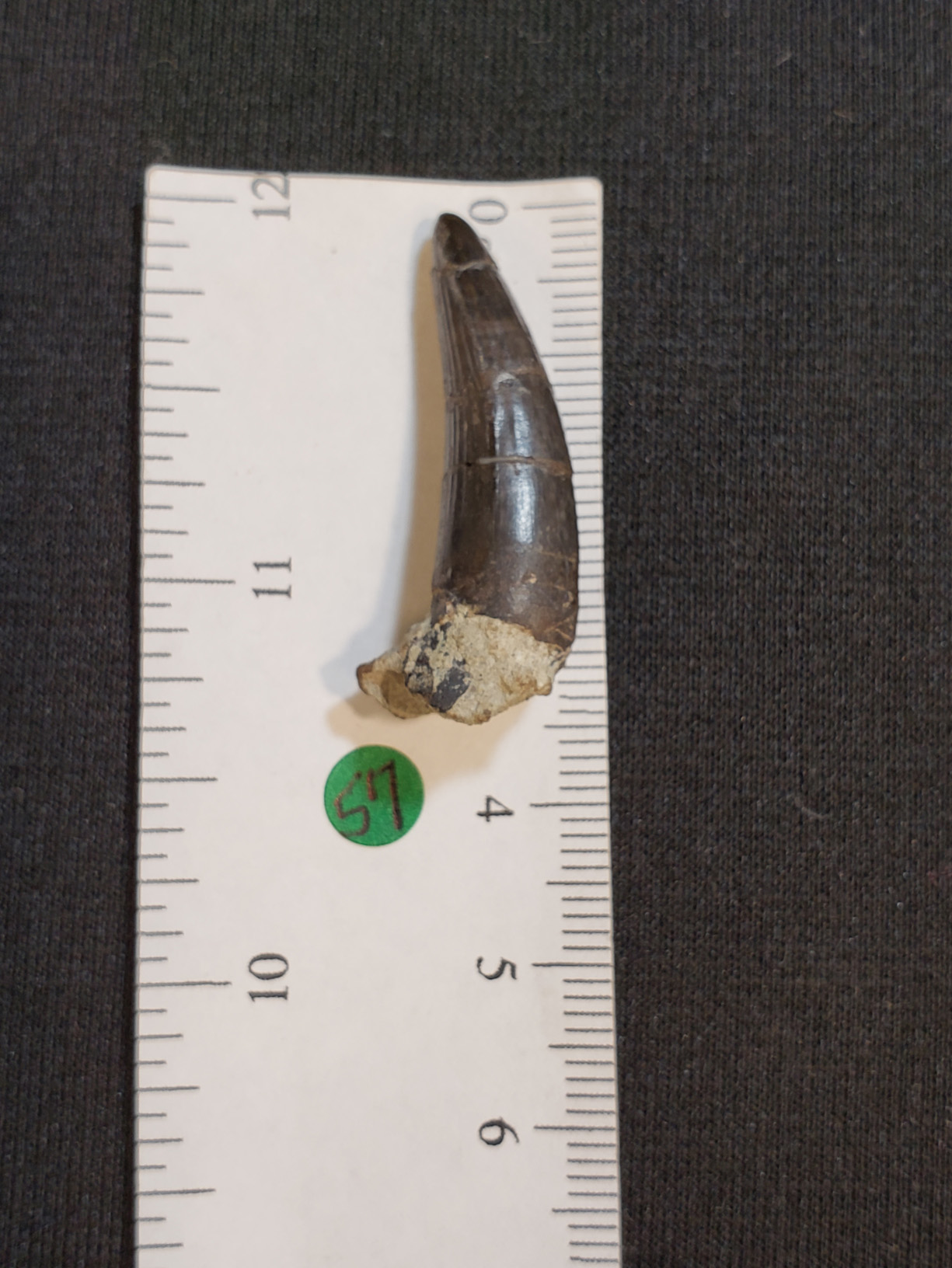 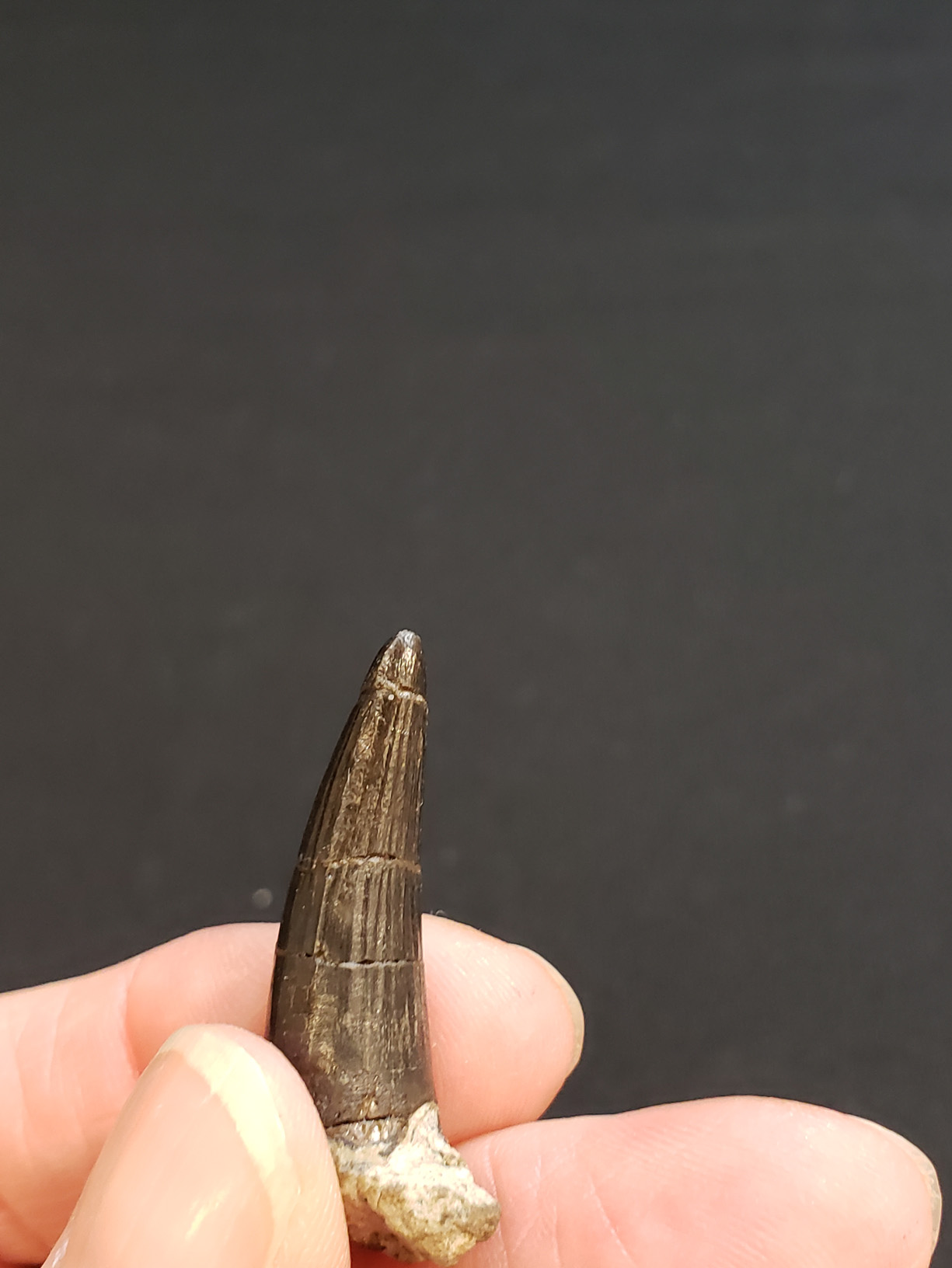 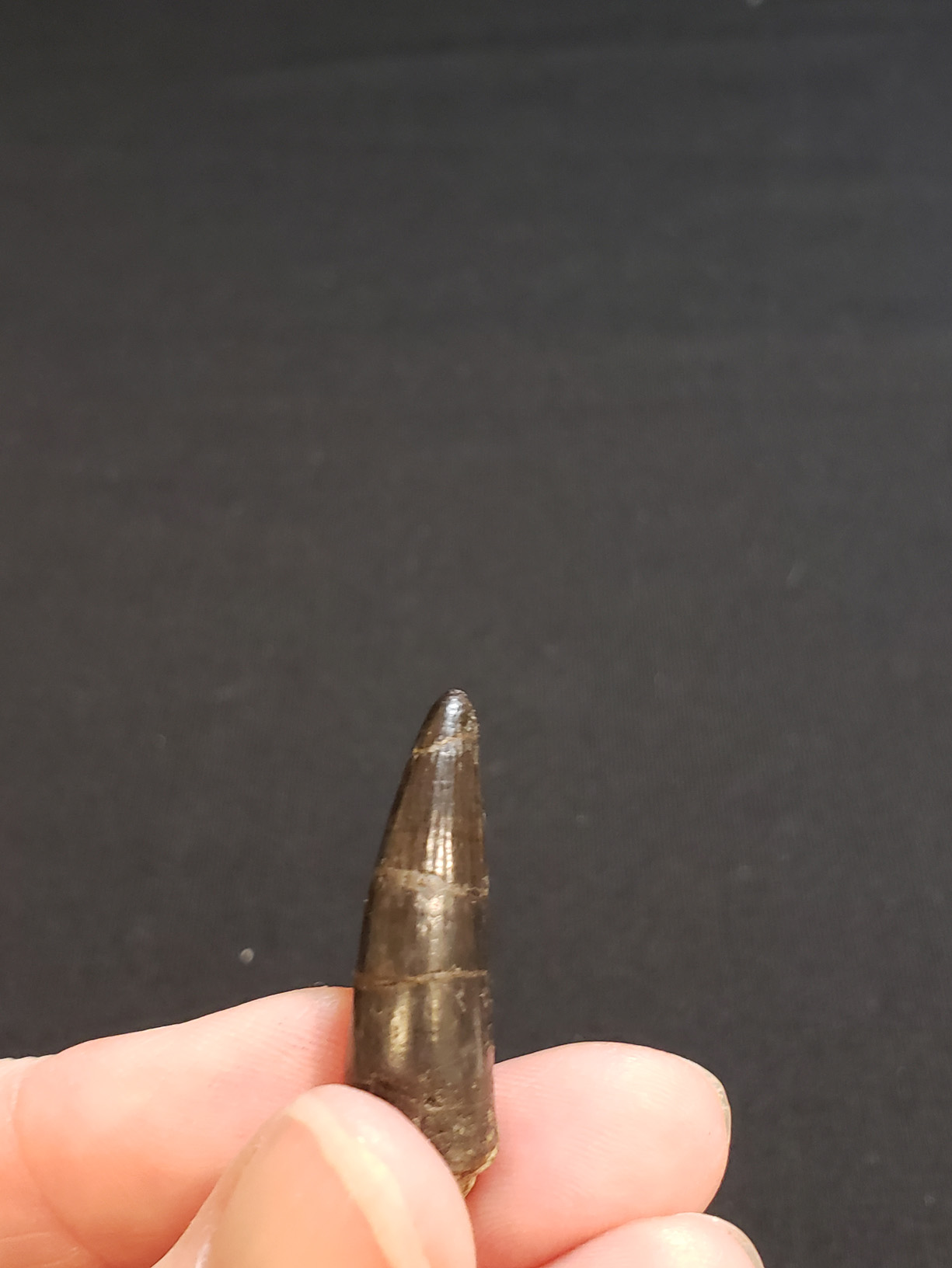 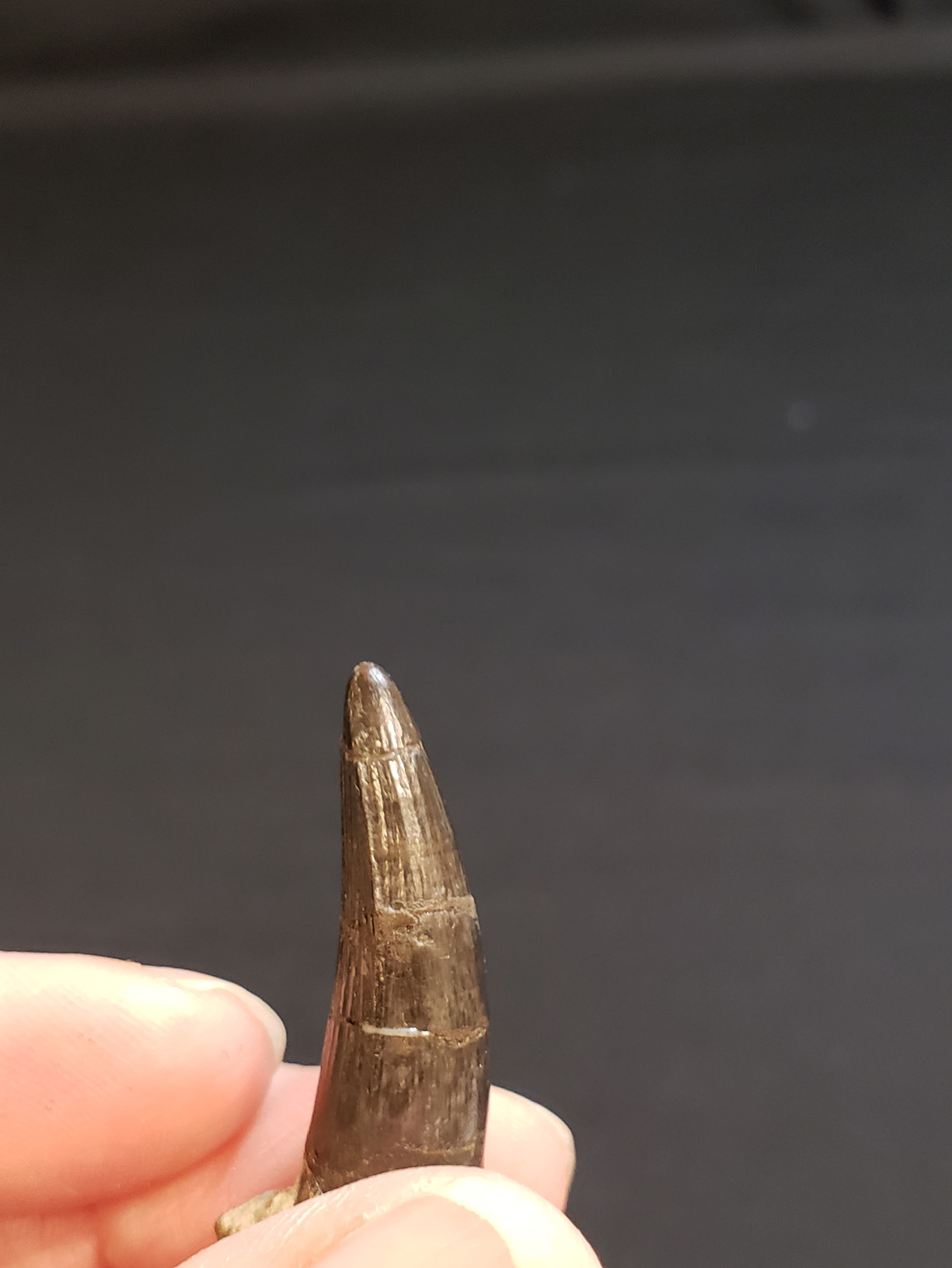 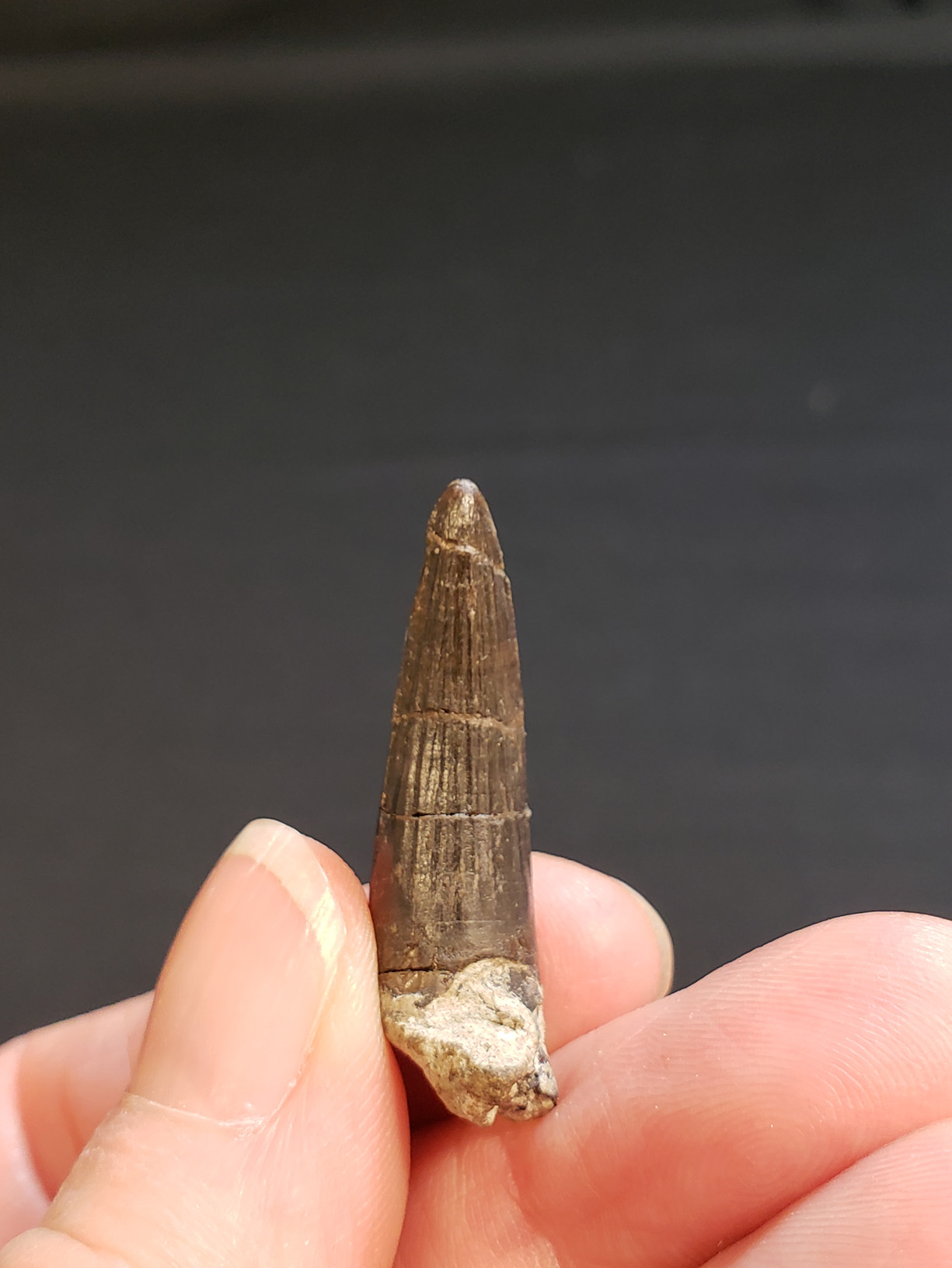 This is a beautiful and very large tooth example of the Upper Jurassic crocodile Goniopholis. The tooth is 3 cm long and is perfectly preserved. It has distinct longitudinal ridges characteristic of the genera. there is no restoration other than filling of tiny natural fractures.

Goniopholis is an extinct genus of goniopholidid crocodyliform that lived in North America, Europe and Africa during the Late Jurassic and Early Cretaceous. Being semi-aquatic it is very similar to modern crocodiles. It ranged from 2–4 metres in length, and would have had a very similar lifestyle to the American alligator or Nile crocodile. From North America, G. lucasii and G. kirtlandicus are currently placed in their own genera Amphicotylus and Denazinosuchus, respectively, while G. felix, G. gilmorei, and G. stovalli, all from the Morrison Formation, are referable to Amphicotylus and closely related to Eutretauranosuchus which are known from the same formation.

$50
Purchase
Jurassic Morrison Crocodile Tooth has been added to your cart.
Continue Shopping Checkout Now
© fossilAvenue.com
HOME
ABOUT US
PRODUCT CATALOG
CONTACT US